Sacha McLean was just 21 when he joined his family's real estate and development company in 1996, after his father suffered a temporary health setback.

The family might not have known it then, but Mr. McLean was about to change the trajectory of the Vancouver-based company founded by his father 24 years earlier by trying to manage a zoning problem.

The previous year, the city of Vancouver rejected The McLean Group's request to rezone 30 acres of light industrial land and warehouses into residential property.

So Mr. McLean began to explore other ways the land could be used. At the time, the film industry was expanding rapidly in the city, and he saw an opportunity for The McLean Group to branch out. "We could make more money doing short-term rentals [to film studios]than long-term leases on the land," he says.

The company already owned a small film production space and, in 1998, Mr. McLean founded Vancouver Film Studios to replace it and began building a sound stage complex the following year.

He didn't stop there. When film-industry clients needed helicopters to shoot scenes, he created a company called Blackcomb Aviation with a partner in 2006. Blackcomb now also provides helicopter and jet charter services to the utility, tourism, executive travel and emergency services industries.

Today, The McLean Group is vastly different from what it was when the son joined his father's business.

The company's annual revenues, which it wouldn't disclose, are now divided evenly among the real estate and related holdings, Blackcomb Aviation and Vancouver Film Studios, which has become one of the largest film production facilities in North America.

In many family companies, second generations often come on board by birthright, and simply continue business as usual. But in rarer instances, the next generation exhibits true entrepreneurial spirit, and applies it in ways that radically transform the company, turning it in new directions and propelling its growth.

Nancy Simoneau also changed the focus of the boiler maintenance company her father, René, founded in 1975, after she joined full-time in 1992.

Ms. Simoneau didn't want to just repair boilers. She wanted to manufacture them.

"My dad was quite nervous about the idea, and his major concern was that the business would suffer financially," she recalls.

To convince him, Ms. Simoneau first teamed up with an engineering firm to produce its boiler designs. "Within a few years, we bought control of that company and seriously began production ourselves," she remembers.

Today, Boucherville, Que.-based Groupe Simoneau does about $20-million annually in sales. That's 100 times what the company was doing when Ms. Simoneau came on board 20 years ago.

Moreover, production now accounts for about two-thirds of sales while maintenance is about one-third, says Ms. Simoneau, who took over as president in 2001 when her father retired.

Stories like those of the McLean and Simoneau offspring are rare, says Jeff Noble, owner of Noble Advice, a Brantford, Ont.-based firm that specializes in consulting to family businesses.

Many parents are reluctant to give their children free reign to make significant change, says Grant Robinson, a Guelph, Ont.-based partner with consulting firm BDO Canada and the director its SuccessCare program, which helps family businesses with transition planning.

One reason is because they fear losing what they have built up. If parents have most of their wealth tied up in the business, "it can be more difficult for them to be open to new directions," he says.

"But if the parents have enough wealth outside of the business that life will go on if the [idea]fails, then there is usually a much better chance of them being supportive."

Another reason it can be hard for the second generation to pull off major change is parents' reluctance to let go of their company, Mr. Robinson says.

"Founders have a strong emotional connection to the business and have a real need for control," he says.

When a second generation wants to fundamentally change the business, those who came first can feel very threatened, he says.

However, there are ways to overcome such challenges. Open communication is fundamental, the experts say.

Lloyd Steier, a professor and chair of entrepreneurship and family enterprise at the University of Alberta School of Business, says honest dialogue helps parents and their adult children navigate the handing of control of the business.

"The older generation still wants to be involved and the younger generation wants to take over. The first generation, whose identity is wrapped up in the business, is resistant to change. So it's a process of negotiation to make [the transition]work," he says.

"Dialogue is the cornerstone to successful changes in family businesses," Mr. Noble adds. When both generations talk about new directions for the business, the parents can share their concerns, and the second generation can make plans to address them, he says.

Another way the second generation can overcome parents' reluctance is to approach making changes to the company in a business-like manner, Prof. Steier says.

"They should build a business case for their ideas. Look at the return on investment of the new idea or direction as well as the strengths and weakness of the business and the external opportunities and threats. This will demonstrate that [the second generation]understands business and is being strategic," he says.

Mr. McLean says that, no matter how much enlightened dialogue a family has, "parents are always going to view their children through a certain lens, and vice versa."

He advises using patience and long-term thinking to deal with it. "The second generation should take the long view and not get discouraged when the family's natural tendency to revert to childhood roles occasionally stands in the way of change," he says.

Mr. McLean's father, David, is now the company's chairman. He notes that the company "has changed a lot since 1996," but says his sons "have established themselves as leaders…

"There is nothing more gratifying than the knowledge that you could not hire more capable people than your own sons," he adds. "The businesses are still full of challenges, but we are having a great time working together to see them succeed." 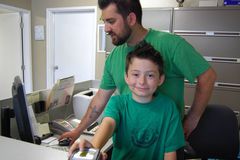 Divide the lines between family and business
January 17, 2012 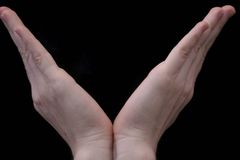 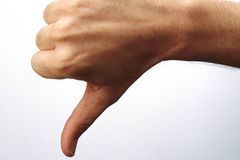 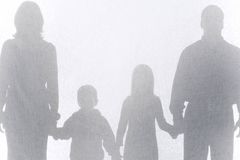