Last May, about two weeks after the Rainbow Pipeline ruptured, spewing 28,000 barrels of crude oil into the northern Alberta muskeg and cutting off natural gas supplies to the remote community of Norman Wells, NWT, Gary Sundberg received an emergency phone call in the middle of the night.

On the line was a senior official with ATCO Energy Solutions, a Calgary-based company that needed to airlift a propane mixing unit the size of a Greyhound bus into Norman Wells to provide a temporary source of cooking and heating fuel during the shutdown.

"They had no heat in the village; they were running out of [natural gas]" recalls Mr. Sundberg, owner of Mondial Aviation, a Victoria-based air cargo logistics firm. "They had tried just about everything and finally they called us."

In short order, Mr. Sundberg secured the services of a C-130 Hercules and arranged for the equipment to be flown from Calgary International Airport to the small airstrip at Norman Wells.

For the people of Norman Wells, where temperatures in early spring can dip as low as -20 C, the delivery was a lifesaver. For Mr. Sundberg, it was just another example of his company's ability to deliver "anything to anywhere" at a moment's notice.

A native of Yellowknife with 30 years experience as an aviation cargo manager, Mr. Sundberg founded Mondial in 2003 with the aim of capturing lucrative contracts flying supplies into mining projects in the Canadian north.

Eight years later, the company is a thriving international business that has co-ordinated aid flights to disaster zones such as Haiti and Grenada, delivered reconstruction materials to Afghanistan and Iraq, and even organized a locust eradication campaign in Africa.

"We took the knowledge and skill set we had in the Arctic and took it to the desert, where the terrain and conditions are very similar," Mr. Sundberg explains. "We kind of got sidetracked working out of Dubai for a while there, and now we're retrenching and getting back into the mining industry."

After a modest start, Mondial struck a "good contract" when the ice road to Diavik Diamond Mine melted unexpectedly in March 2006, stranding an estimated 35 million tonnes of construction materials in Yellowknife, about 300 kilometres away.

Diavik officials called Mr. Sundberg, who used his contacts in the aircraft charter industry to round up a 737, a Mi-26 helicopter and two Russian-made cargo planes: an Antonov An-12 and an Antonov An-124.

"We had an aircraft take off every 20 minutes, 24 hours a day for the next three months," he says. "That was a good contract. It demonstrated the global reach of our aircraft."

Born in Edmonton, Mr. Sundberg moved to the Northwest Territories with his family at age 6 and developed a fascination with the cargo planes he saw flying in and out of Yellowknife Airport.

"I would see an airplane being loaded and it was always going overseas, to Vietnam or Singapore, and I thought, 'That'd be a fun job,'" Mr. Sundberg says. "I think that's where I got the travel bug."

He spent the first 15 years of his career working for NWT Air in the Canadian north, starting as a baggage handler at age 17 and quickly becoming a loadmaster, in charge of "ensuring the safe and even distribution of cargo" on aircraft.

After rival carrier First Air snapped up NWT Air in 1997, Mr. Sundberg moved on, spent some time working for the Ford Motor Company in Europe, then relocated to the Caribbean for two years to oversee a new cargo service for Cayman Airways.

All the while, contacts from his former job kept calling him to ask for his help sourcing airplanes.

"I would point them toward what they needed and after a while I thought, 'There's got to be a business here,'" he says.

When he decided to start Mondial Aviation in 2003, one of the first people Mr. Sundberg recruited was Pierre Ouellet, long-time loadmaster with First Air.

Mr. Sundberg's biggest asset is his intimate knowledge of the "world fleet" of airplanes, while Mr. Ouellet's specialty is organizing ground operations in difficult and often dangerous conditions.

When Mondial landed a USAID contract to organize a locust control program in Senegal and Mauritania in 2005, Mr. Sandberg tracked down a half-dozen Texas-made air tractors in Spain and arranged for shipments of the insecticide malathion to be flown in by DC-10 from Belgium.

Mr. Ouellet was dispatched to set up the spraying operation at an abandoned runway in a remote part of Mauritania. There, he imported fuel supplies, set up a fuel-storage facility and found suitable accommodation for the pilots.

Mondial has also worked closely with the U.S military in recent years, delivering reconstruction and relief supplies to Iraq and Afghanistan.

Mr. Sundberg stressed that the company only handles non-military aid shipments and refuses to haul guns or ammunition.

"We ask 'Is it a weapon, is it an instrument of war?' And if the answer is no, we'll get it from Point A to Point B," he explains.

This article was amended on Friday, 14 Oct. for clarification.

A new spin on the school bake sale
September 26, 2011
Cut costs by harnessing outdoor heat with a solar wall
September 21, 2011
What could be more Canadian than exporting ice?
September 14, 2011 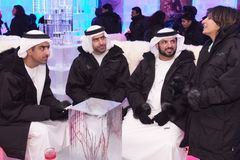 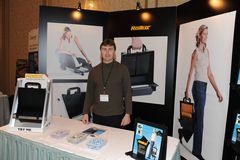 iPhone or BlackBerry? Users state their pleasure
September 1, 2011
How to own a business lunch
August 18, 2011 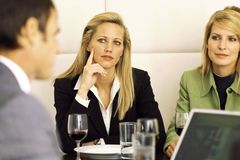