You're a small business owner and air travel is one of those expenses that can bust a budget.

While airfares have shot up in recent years, there are rewards programs and complimentary services that can take some of the sting out of business travel.

In August, 2011, Air Canada launched a loyalty program specifically for small businesses. The move was made because of increased competition in the nation's airline industry, Air Canada manager of corporate communications Peter Fitzpatrick said.

"It's no secret there are a lot of new entrants into the market, particularly in the eastern corridor around Toronto and Ottawa and Montreal," he said.

The Air Canada Rewards for Small Business program offers users online tools that allow them to monitor expenses, book flights and cars simultaneously, and easily share flight plans with employees. A current marketing promotion features a 15-per-cent discount on the first flight booked, as well as 10 per cent off on memberships to the Maple Leaf Club, the airline's members-only area that has complimentary food and beverages. A long sign-up form needs to be filled out online before enrolment is approved. While the program has lots of flexibility, it doesn't guarantee a business-class seat on every flight.

"The idea was there was a gap between the average leisure traveller and occasional business traveller, and the big corporate accounts who do fly a lot," Mr. Fitzpatrick said of the program. "We know there are small– and medium-sized businesses that do fly quite a bit, but maybe not so much as the large, large companies that can really benefit from our corporate accounts. So we wanted to create a product that catered to them."

Although he called the program "a specialty product," the high number of small businesses in Canada means there is potentially a significant pool of people who can benefit from such an airline program. According to statistics from Industry Canada, there were 1,116,423 small businesses operating in the country in 2010.

While it may not have "small business" in its programs' names, Porter Airlines said it has focused on business travellers and entrepreneurs from the outset.

"When we started in 2006, the vast majority of our customers were business travellers. We've actually seen a bit of a balancing out between business and leisure and that has to do with natural evolution of the airline as we add more destinations," Porter communications manager Brad Cicero said.

"Everybody, including a business traveller who has to file expenses, appreciates that they don't have to pay to access a lounge when they are in Toronto or New York or Ottawa, where we have those available. They can have coffee or a snack and there's food that's provided at meal times on flights. We cover all these little incidental items that are really a hassle in business travel because when you get back to the office, you have to file expenses. We try to take those costs out, to put ease into the experience for them."

Porter's customers have been impressed with the nation's third-largest airline. For three consecutive years, Porter has topped the Ipsos Canadian Business Travel Study, scoring an 83-per-cent approval rating from survey respondents in 2011. The airline's corporate travel customers receive reduced fares on each flight and don't have to pay booking fees.

Mr. Cicero said small business customers take advantage of multi-pass bookings that allow them to buy up to 100 airfares in one purchase, which keeps them "immune to any of the price fluctuations that occur with last-minute bookings." Rates start at $2,890 for a block of 10 transferable passes good for anywhere Porter flies in Canada.

Calgary-based WestJet, Canada's second-largest airline, for the first time announced premium seating last month and has indicated it will make a push to capture a larger share of the business market.

The increased attention paid to small businesses is welcomed by Hamza Khan, a managing partner of Splash Effect, a social media consulting company based in Toronto.

"I'd like to see airlines recognizing the limited financial capacity of small business, finding ways to build long-term relationships with people who have limited cash flow and help them find ways to make immediate purchases, and then they can upgrade to more premium service over time," said Mr. Khan, who uses the FoundersCard, which was established three years ago in New York to give entrepreneurs a range of benefits, including discounts on airline costs.

With the Canadian airline industry losing $900-million in 2011, following a 30-per-cent increase in fuel prices, Mr. Khan and other small business operators shouldn't expect to see markedly reduced airfares. But as Porter's business focus and the new Air Canada program demonstrates, the airlines are aware that the small-business owner presents a market that has been underserved.

"It's a newer type of product that airlines started to make available and it has been more commonplace to be used by businesses," Mr. Cicero said of the block ticket purchase option. "We still consider ourselves to be a pretty entrepreneurial airline, having started in 2006, so we have sensitivities for what small businesses go through: 1. in trying to run busimess and 2. in how travel can be difficult because of the expense and the inconvenience." 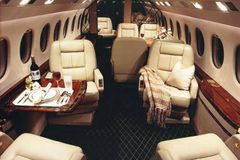 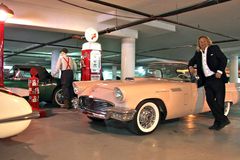 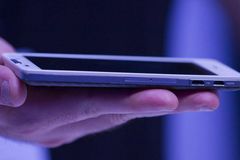