Ask Nitika Pant Pai about her work on a new self-test for HIV/AIDS and she'll tell you: There's an app for that.

"I've been looking at point-of-care tests since 2003," says Dr. Pant Pai, an epidemiologist at McGill University in Montreal. Her reasoning is that treatment tools and drugs are only helpful to patients if they actually get diagnosed.

And what better way to diagnose than to do it yourself with the phone? For all the different levels of intimacy we experience, few today rival peoples' connection with their own smartphones.

Dr. Pant Pai's self-testing app, called HIVSmart, is still a work in progress, yet it's already attracting worldwide attention. Her project has received financial and other support from Grand Challenges Canada, the Canadian Institutes of Health Research (CIHR), the Bill and Melinda Gates Foundation and the CIHR's Canadian Trials Research Network.

The app, which works on Android devices and is also being developed for iPhones, takes users through a series of self-tests, for those who are concerned that they may have signs of testing positive for HIV or AIDS.

Dr. Pant Pai's plan is to "reverse innovate" the app, trying it out first in Canada and than later extending it to the developing world, where she already has a string of accomplishments in epidemiology and public health.

The entire HIVSmart project is being developed independent of major technology or medical companies, says Dr. Pant Pai, who works on the app with a small team, including a graphic designer and tech engineer.

"We need to reach out to people and get them into care."

The scientific research involved in developing this medical app doesn't put Dr. Pant Pai off at all, but the business side can be daunting, she says.

"I'm a reluctant business person, though I do get involved. I come from a family that has a lot of people who are trained in business. I'm the only one who didn't go that route."

She sees her work more as a calling than a business, saying "social impact" is her concern, not revenue. "I never thought about crowdfunding," she says. "I do not claim to be an entrepreneur."

Her app is an innovation that mixes cutting-edge science with the psychology of reaching out to those who are too afraid or shy to initiate testing – a strategy based on Dr. Pant Pai's year of experience in the field in India, Africa and North America.

"You can download it onto your phone and it will walk you through the process of testing, help you understand why you might need a test. You can screen yourself and find out if you are at risk," she explains.

Using smartphone technology for personal and public health needs is considered by many experts to be one of the most promising new areas for portable and wearable tech. Apple has already released a health app with its iOS8 operating system, in anticipation of the launch of its Apple Watch next year. The Apple app lets developers work on their own health-related apps that can sync to provide a user with his or her personal medical details.

Smartphone technology is even more valuable for people who ought to be diagnosed but are afraid, Dr. Pant Pai says. She points to an article in the Oct. 18 edition of The Lancet medical journal, which talks about how in Britain, dating apps used primarily by gay men are working with health promotion agencies to also connect with clinics and treatment.

It's a matter of capitalizing on that worldwide social phenomenon: People would rather interact with their phones than with another person. "People often think they are at risk but they don't want to act on it," Dr. Pant Pai says. HIVSmart will store a user's test information and offer links to the most appropriate clinic for post-testing treatment.

In addition to circumventing the fear of going to a clinic, a self-test by app is faster, Dr. Pant Pai says. In her experience, "People do want to show up for testing but it takes such a long time that the process puts them off."

Dr. Pant Pai says she first became intrigued with the idea of self-testing for sexually transmitted diseases when she was working in rural India in the early 2000s. The physician, who went on to earn a Masters and PhD in the United States, noticed how many people were getting overlooked because they simply weren't getting tested.

Women, for example, would show up to clinics only when they were pregnant or about to give birth. She championed oral testing, which she says has been found to be 100 per cent effective in diagnosing HIV and AIDs. This led to an online testing program that was tried in South Africa.

"By 2008, we started thinking about home testing," she says. "But it was a bold idea back then." Smartphones hadn't been invented yet. "It was a bit far-fetched at that time. Now the world has caught up." 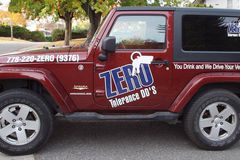 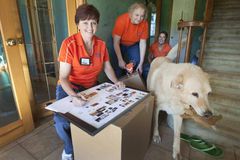 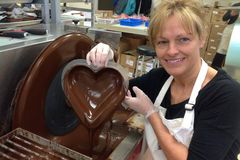 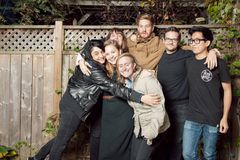 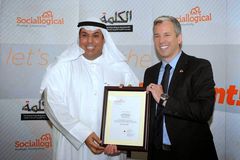 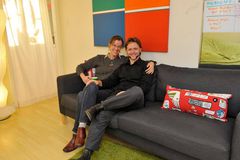 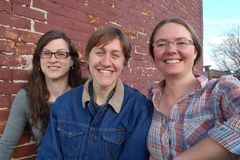 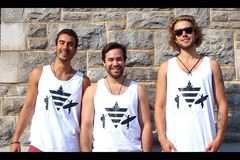