When Mark O'Sullivan developed his Vanilla online forum software, he didn't plan to build a business around it. In fact, when he decided he no longer had time to run the online discussion forums he had written the software for, he essentially gave it away by releasing it under an open-source licence.

It was opening up the software – which he had started writing himself in 2001 because he wasn't happy with the popular programs for running discussion forums – that convinced Mr. O'Sullivan he had something good.

"When I released it, it exploded," he says. Vanilla reached 100,000 downloads "really quickly."

That was in 2005. Working as a contract software developer at the time, Mr. O'Sullivan recalls, "I was just too busy with other work and I didn't have the time to focus on it and do something with it."

Vanilla had reached 250,000 downloads and been used by major online names like the Mozilla Project (creators of the Firefox Web browser) and publisher O'Reilly Media by the time Mr. O'Sullivan and co-founder Todd Burry incorporated Vanilla Forums Inc. in Montreal in 2010. Mr. O'Sullivan is the company's chief product officer, Mr. Burry its president.

The software's success as an open-source product was both a plus and a minus for the new company. How do you build a business around something you've been giving away?

Part of the answer was to offer hosting services. Customers who want to download the Vanilla software can still do so free of charge and run it on their own servers. But many discussion forum operators don't want the bother, so Vanilla Forums will run it for them, for a fee.

The second part of the answer – and the part that makes Vanilla interesting – was to look for answers to what may be the biggest problem plaguing online discussions: their quality. Visitors to most of them must put up with a good many posts that are pointless, ignorant or downright abusive to find the good stuff.

"We decided to look more at how we can help a community to engage new users," Mr. O'Sullivan says. A key to that is trying to make sure new visitors to a forum see more of the good than the bad.

Vanilla does that through a combination of tactics. One is allowing participants on each forum to rate others' comments. Those with the most positive ratings move up, those with negative ratings move down. To encourage rating and to encourage thoughtful posting, Vanilla awards points and "badges" both for comments that are highly rated and for rating others' comments.

"We want people to go through and click on every comment and click a reaction on every one," Mr. O'Sullivan says. Rating posts not only cuts down on the amount of policing that human moderators must do, he says, but it will help forums draw in first-time visitors and keep them coming back.

"The idea here is that guests will come into any of our communities and not have to scroll through a bunch of nonsense to get to the good stuff," he explains.

The ratings don't just affect how prominently an individual comment appears. They also build an online reputation for each participant in the forum. The next step, which Vanilla is working on now, will be to carry that online reputation over from forum to forum.

So once your participation in a home renovation forum earns you respect there, when you join a discussion group on vintage automobiles you'll start off with credibility – or on the other hand, if people haven't been impressed with your handyman expertise (or your online tactfulness) your contributions on the auto forum will start with a lower rating.

"This year we'll be pushing forward with that," Mr. O'Sullivan says. Ultimately, he hopes not only to allow reputation to carry over to other forums using his own software, but to offer interfaces to other popular online discussion platforms.

"The Internet has the ability to bring out the worst in people," Mr. Khoo says. "It gives them what they feel is this licence to be a complete jackass."

But it wasn't those features that attracted Penny Arcade to Vanilla after trying other forum software, he says. It was the fact that the amount of traffic on his company's popular site caused the other systems it had tried to freeze and lose data. That hasn't happened with Vanilla. And Mr. Khoo likes the Vanilla team, who he says have been very responsive. The software clearly isn't a spare-time project any more. 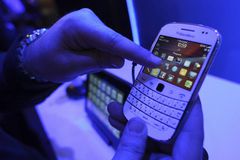 Accounting software hatched by guy who hates accounting
May 3, 2018 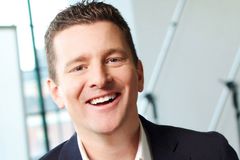 The desktop computer is dead. Long live the desktop
May 9, 2018 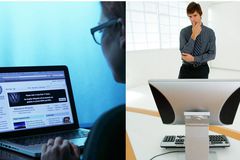 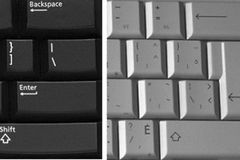 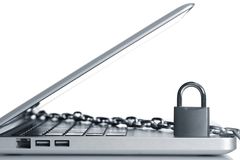