Many hospitals and clinics across Canada don't have enough trained radiologists to examine patient images such as X-rays, MRIs and CT scans. The shortage has meant delays in reading and reporting and, ultimately, lags in treatment for some patients, often in areas far from big-city hospitals.

It is this shortage that prompted three Ontario radiologists to tap into the Internet to virtually place such experts where they are most needed, no matter how remote the location or how late the hour.

Billed as Canada's only national tele-radiology service, Real Time Radiology Inc. utilizes a network of about 50 experts across the country who on a part-time basis examine patient imagery remotely from their own homes via the Internet.

The company, which was established late in 2006 but did not "go live" with its service until the end of 2008, is based in Mississauga, Ont., where its data centre is located. It employs 12 administrative and support staff in addition to its team of tele-radiologists, most of whom have full time jobs in hospitals and clinics in addition to working for the company.

Ian Maynard, Real Time's chief executive and the only non-M.D. among its four founders, said his company provides "24-7-365" reading services to more than 20 hospitals and clinics across the country and is attracting international interest in its service.

The system is highly automated. Typically, a head of radiology will map out requests for outside radiologists on a daily, weekly or monthly basis. Real Time's computer system then automatically distributes images to radiologists via a secure network. The system is also designed to field emergency requests, in case of weather-related staff shortages, for instance, or other unforeseen situations, said Mr. Maynard, who is a former executive with GE Healthcare.

While many of the company's tele-radiologists are covering for temporary vacancies at health facilities, helping to cope with overflows or providing off-hour evaluations, in some instances Real Time is providing services that hospitals simply cannot offer otherwise.

That was the case at St. Joseph's Health Care. The Hamilton, Ont., facility lost its pediatric radiologist more than a year ago and turned to the Internet-based service.

"Individuals who are trained in this specialty are not easily and readily available, and as a consequence there is always a delay in the recruitment process," said David Wormald, integrated assistant vice-president of diagnostic services for Hamilton Health Sciences and St. Joseph's Health Care. In fact, St. Joseph's is still looking for someone to fill the position a year later.

"We have been using tele-radiology as a stopgap," said Mr. Wormald.

If the regional facility had not tapped into the Real Time Radiology network, it would have been forced to stop carrying out pediatric radiology altogether, prompting patients to travel an hour away to facilities in Toronto and London, Ont. "This is an essential service that we needed to continue to provide," Mr. Wormald said.

He does not, however, describe radiology outsourcing as a cost saving. "For us, it is probably cost-neutral," he said. "Ideally, our intent is to recruit and hire a radiologist to satisfy and meet that specialty."

Real Time's Mr. Maynard is quick to point out that the company's service was not developed as a version of "medical offshoring" designed to replace on-site radiologists, but rather as a way to supplement the capabilities that a medical facility already has.

"Real Time works with the express written approval and invitation of the on-site chief radiologist," said Mr. Maynard. "Really we are in effect a virtual expansion of a hospital's radiology department without the usual half a year that it may take to try and attract a single radiologist."

A smaller but growing part of Real Time Radiology's business is in quality assurance monitoring, which it calls "Rad Review." The company's biggest case in that area to date came last year when it was hired by New Brunswick's department of health to evaluate nearly 27,000 suspect exams. The appointment came about after complaints about one radiologist prompted an independent audit that found an error rate that was three to five times higher than the acceptable rate.

Facing a crisis of confidence, the province contracted Real Time Radiology to go over more than three years worth of chest X-rays, ultrasounds and other exams. In the end, a team of 21 radiologists conducted the majority of the evaluation work remotely, with the exception of the mammography exams, which were not in digital format.

Mr. Maynard expects review work to be a growing part of his company's business. Recently, the firm was asked to carry out a quality review in another health jurisdiction, which was given to the company without a competition with other remote radiology providers 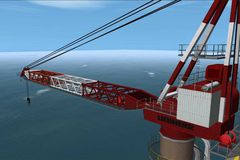