In a short span of two years, Rivers Corbett and his business partner, chef Ray Henry, have seen their entrepreneurial venture take off, growing to five locations, and two more opening in July, with presence in three Atlantic provinces.

Their venture, Fredericton-based Relish Gourmet Burgers, was built around creating an experience that customers would "relish" along with their food.

The Relish experience was built around not only sourcing the best ingredients available but having outstanding service to make that elusive connection with customers.

The partners decided to use the franchise model to expand their business. Setting standards for quality ingredients was the easy part of that expansion plan. What proved to be the real challenge was to transfer the special customer service experience they had created in their first store. They realized that without that special connection, Relish Gourmet Burgers would quickly lose its distinctive market advantage.

Mr. Corbett was born in Saint John, but spent his childhood in Halifax. He completed a bachelor of commerce. degree with a specialization in marketing at Mount Allison University in 1985.

While at university, he enjoyed getting involved in various leadership opportunities and was elected vice-president of the students' administrative council. Exposure to these opportunities brought Mr. Corbett to the realization that he enjoyed the independence and creativity that came with leadership positions.

After graduation, he worked for a couple of years with the New Brunswick Milk Marketing Board and honed his marketing skills for a non-profit with a limited marketing budget. This was followed by an MBA degree at the University of New Brunswick in 1989 after which he joined Maritime Telephone & Telegraph Co. (now Bell Aliant Inc.) and worked on the product launch of cellular phones.

Although he was enjoying his career and the opportunities it provided, a run-in with a boss triggered him to explore opportunities where he could call the shots.

Around the same time, his father, who owned a number of businesses in the Fredericton area – ranging from a marina to a meat wholesaler to nursing homes and apartment buildings – decided to retire. In 1996, Mr. Corbett seized the opportunity, bought the businesses and moved to Fredericton.

Much as he enjoyed running them, he realized his true passion was to create something new – an entrepreneurial venture.

He sold off the businesses and then teamed up with Mr. Henry. In January, 2010, they opened the first Relish Gourmet Burgers location in Fredericton. (In between selling he businesses and opening Relish, he also started two other companies, The Chef Group and Trivnet Media, which are still going businesses.)

Mr. Corbett modelled the new venture on his own experiences and vision, trying to create an environment that would encourage employees to grow and treat them fairly and with respect. His motto for business was "Look after those who look after you."

Just as important, Mr. Corbett knew that he had to go beyond the "standard script" for customer service to wow patrons of the chain. He realized that his star employees were not those who had been hired for their technical abilities but, rather, those who had a positive attitude and mindset. Deciding that the technical skills could be learned through extensive training, he focused his hiring program on finding people with the right personality and attitude.

He developed a comprehensive procedure for hiring employees, including extensive screening involving interviews, tests, role-playing and applicants interacting with staff, customers and even other candidates at restaurants. That might include joining in the yelling of "Welcome" with which all staff greet customers, or singing a song.

Staff are expected to have an "intimate interaction with clients from the moment they walk in the door to the moment they leave. That willingness and desire to play a very hospitable role is what we 'relish. It really requires somebody who says, 'I really get it,'" says Mr. Corbett, Relish's co-founder and president, noting the restaurants have an open-kitchen concept. "Our 'cast members' are our burger ambassadors. Only so many people can be burger ambassadors with relish."

He matched this pre-screening process with his motto after the hiring process to ensure a consistent customer service experience.

Potential franchisees are also put through the same kind of screening. "It's not just have you got enough money, it's also, can you understand the value of implementing the cultural side of our business," he says.

To ensure the customer experience is constant, Mr. Corbett says that the restaurants perform audits, bring in secret shoppers and encourage customers to share their experiences through social networking. "I might get a message from a customer saying, 'I was in a restaurant and I didn't get my welcome; not a mention of no ketchup or burger, but nobody yelled 'welcome' to me; what's going on," Mr. Corbett says.

The new plan is working well and is in the process of being implemented at existing franchisees as well becoming the standard for all new franchises. In the meantime, the business continues to grow. Mr. Corbett also stresses the importance of his motto as a driving force behind his entrepreneurial venture. 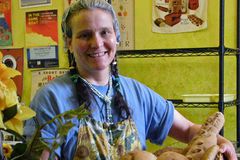 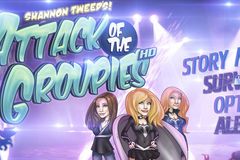 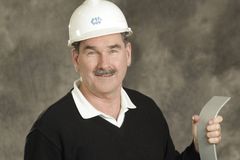 Entrepreneur overcomes challenges to get app off the ground
February 3, 2012 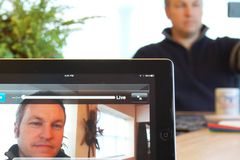 On the menu: a quick flip to serve what customers really want
December 9, 2011
Follow us on Twitter @globesmallbiz Opens in a new window
Report an error Editorial code of conduct
Due to technical reasons, we have temporarily removed commenting from our articles. We hope to have this fixed soon. Thank you for your patience. If you are looking to give feedback on our new site, please send it along to feedback@globeandmail.com. If you want to write a letter to the editor, please forward to letters@globeandmail.com.
Comments