Most marriages face ordinary pressures in day-to-day life. Imagine also working side-by-side with your spouse in a startup business.

Meg Cadoux Hirshberg received an intensive crash course in exactly that when her husband, Gary Hirshberg, and a business partner started New Hampshire-based Stonyfield Yogurt in 1983. She worked alongside Gary for the first few years, and it took nine years for the company to reach profitability. Now, more than 30 years later, Stonyfield is the world's best-selling organic yogurt, with around $370-million (U.S.) in annual sales.

Their marriage survived the test and produced three children along the way, so Ms. Cadoux Hirshberg is well versed in how to run a business with a partner. So much so that she put pen to paper to write For Better or For Work: A Survival Guide for Entrepreneurs and their Families, and has travelled to France and Russia to give talks on the subject.

But as with Ms. Cadoux Hirshberg and her husband, it is usually one spouse who comes up with the entrepreneurial idea. The other helps out in the family business.

"The problem is that often they're not well suited or even interested in the kind of help they have to give," she says. "Often you find spouses pitching in to help with the books or do receivables or something like that, and they've not been trained for it, they're not interested, they just want to help the family business. But they're not engaged."

To avoid any buildup of resentment, Ms. Cadoux Hirshberg recommends that couples iron out any problems by conducting a sort of review every six months or so – more a relationship review than a performance review, she says.

Another hurdle for spouses in business together is how they talk about the business with family and friends. One spouse is usually the originator of the idea, yes, but the other often has just as much at stake and works just as hard and cares just as much. The effort must be presented as a true partnership.

"Even if he's the CEO and she's stocking shelves, we're in business together. That's key because those kinds of discrepancies can feed resentment," Ms. Cadoux Hirshberg says.

But even with the most careful planning and nurturing, relationships sputter. So couples need to be aware of the ownership structure and other details.

"I had a situation recently where the husband and wife always assumed they were 50-50 shareholders, and it turns out they both had 100 shares each, but one had 100 voting shares and the other had 100 preferred shares with no voting rights," says Nathalie Boutet, of Boutet Family Law in Toronto.

"So obviously the person with voting rights has 100-per-cent control of the company. This was a big shock to the wife, who thought she was a 50-per-cent owner. She was an owner of shares but not an owner of control."

To alleviate problems down the road, Ms. Boutet recommends having clear treaties between partners.

"A lot of business people will not hesitate to create a partnership agreement or a shareholders' agreement. But people who are together, husband and wife or girlfriend-boyfriend, they start something together and they don't even think about anything like that," she says.

"It's really important to have a clear understanding of what happens in the worst-case scenarios."

It could be a difficult conversation to have. But if one partner is unwilling or unable to speak out about this, that's not exactly a ringing endorsement for the health of the relationship in the first place. Plus things will likely get worse if both parties proceed with the expectation of getting something out of it should things go wrong, only to find out that the law isn't on their side.

Canadian marital laws vary by province, "but in general if you're not married it's more complicated to become entitled to assets that are in the names of others," Ms. Boutet says. "If people are not married then the partner who is not a shareholder is likely not going to have anything if the relationship breaks down in Ontario, for example.

"If they work together – not just here or there, if they really work together – they should absolutely have a shareholders agreement," she says. "[You need to determine] who's going to manage the business if there's a fallout, how the decisions are made, borrowing funds, future developments in the business, hiring."

Couples who are splitting might also face a reallocation of debt, especially if their business is a startup.

"If something happens to the entrepreneur, never mind divorce, if they get hit by a bus, is the spouse going to be left with all that debt?" cautions Ms. Cadoux Hirshberg.

For Ms. Boutet, treating the other person courteously is as important as the paperwork.

"My recommendation to everybody is do it the most respectful way," she says. "You have a better chance of it being agreed and starting off that relationship on a good foot rather than in a really awkward manner."

Business or personal? How to stay on the taxman’s good side
April 27, 2015 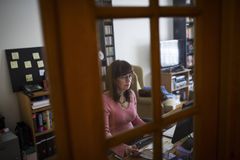 How to create a successful business partnership
July 22, 2015 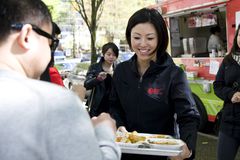