The latest news and information for entrepreneurs from across the web universe, brought to you by the Report on Small Business team. Follow us on Twitter @GlobeSmallBiz. Download our app here.

For American yogurt enthusiasts, it doesn't get any better than Chobani.

The New York-based, Greek-style yogurt company has gone from relative unknown to dairy product juggernaut after just five years on store shelves. It's now the No. 3 manufacturer of non-frozen yogurt in the United States. The thick, no-fat yogurt entered the Canadian market earlier this year, and naturally, a panel of Globe and Mail tasters put it to the test.

But taste aside, it's Chobani's meteoric rise to success that's proven most impressive to small business watchers.

According to an interview in the Wall Street Journal earlier this week, founder Hamdi Ulukaya went from managing a small cheese shop in Johnstown, N.Y., to founding Agro Farma Inc. (now known simply as Chobani), in 2005, after purchasing an old yogurt-making facility put up for sale by Kraft Foods Inc.

With a loan of under $1-million from the United States' Small Business Administration, and five previous employees of the plant, Mr. Ulukaya spent the next 18 months developing the company's signature recipe of thick, Greek-style yogurt.

He told the Wall Street Journal of his dismay at the lack of quality yogurt options in the United States, and was determined to do something about it. "Everybody around me thought I was nuts," he told The Journal. "But you just have a gut feeling you can do something."

It sounds like his gut had the right idea. Mr. Ulukaya expects Chobani to surpass $1-billion in annual revenue by the end of this year.

For companies that have built their products around social media, when a service such as Twitter goes down, business goes does. too.

That's what many discovered when Twitter experienced sporadic outages Thursday. Many online services  – from the popular social network Pinterest to  social music-streaming service Turntable.fm – rely on a user's Twitter or Facebook credentials for sign-in, registration and other functionality. And if a user can't sign in, they probably can't use your product.

Those who tried to log on to the popular social analytics service Klout using their Twitter account, for example, were greeted with an error and asked to try again. Other services, such as the Disqus comment system used on many websites, produced a similar error. The downtime was bad news for any company that relied on access to Twitter's users – particularly for those that offer paid services around Twitter's network, such as the popular social media dashboard HootSuite.

"I truly love Twitter but today's downtime showed why relying on it (or any third-party service) for user registration is a recipe for failure," tweeted Rey Bango, a veteran HTML5 and JavaScript web developer who now works at Microsoft, Thursday afternoon. In a similar case, when Facebook experienced an outage earlier this month, third-party sites that used the social network's login and "Like" button widgets also experienced problems.

The cause was what Twitter referred to as a "cascading bug"–in other words, "a bug with an effect that isn't confined to a particular software element, but rather its effect 'cascades' into other elements as well."

U.S. small business owners believe they've been hit harder  by the global recession, but are also more optimistic their companies can bounce back in the coming months than Canadians, who were more pragmatic in their responses, according to a new survey from Toronto-based Wave Accounting.

And yet, optimism prevails. Despite the recession, 81 per cent of respondents in both countries saw a bright future for their companies over the next year, and 73 per cent even planned to launch new products, services or campaigns. Perhaps a product that can keep Twitter from ever going down again? One can dream.

The findings were part of Wave Accounting's new 2012 Small Business Report on both the state and future of business in North America. The accounting software company said it surveyed its 250,000 micro, small and medium-sized business customers on everything from job satisfaction to reasons for starting their small business in the first place.

August is a busy month for the entrepreneurially  inclined, with Startup Weekend events being held in both Winnipeg and Vancouver. Open to all developers, designers, or startup enthusiasts, participants are expected to develop a fully-fledged startup in just 54 hours, from idea to execution. Those interested can find more details on the Startup Weekend website.

Research in Motion is taking its BlackBerry 10 Jam World Tour to Montreal next week, where developers can meet with RIM engineers and other attendees to get an early glimpse at the company's upcoming mobile operating system and development tools. While the Montreal jam is, unfortunately, sold out, you can still register for other events worldwide and access previously recorded sessions and keynotes online.

Mike Henry, dismayed at the $1,2000 cost of commercial milking machines for hist two goats, decided to make his own. Using a combination of auto parts and Wal-Mart supplies, he built a prototype for a fraction of the price. The Henry Milker now sells for $119 plus shipping–and he's making a steady living off the venture too.

Got a tip on news, events or other timely information related to the small-business community? E-mail us at smallbusiness@globeandmail.com 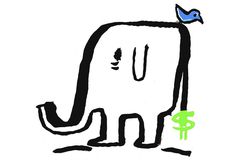