Guy Hummel is the founder and chief executive officer of Hatsize Learning Corp., a Calgary-based company that provides web-based training systems for software and hardware products.

Signing Veritas helped the company land other large software and hardware clients. But the biggest challenge was that every training solution had to be tailored to a particular client, and the sales process took too long to close.

In 1994, Mr. Hummel was teaching classes he created on how to use the Unix operating system. To help students learn the basics before coming to class, Mr. Hummel tried various self-paced Unix training packages, but found that they were not interactive enough. So in 1995, he developed his own training system that included a computer simulator.

"I believe that hands-on learning is more effective than just reading about a subject or listening to an instructor because it engages the user and accelerates the learning process," Mr. Hummel says.

At that time, interactive technical training was primarily done in a physical classroom, which often required expensive hardware and complex software at every location where the training was provided.

Mr. Hummel believed that this was a big idea whose time had come. So, in 2000, he took the plunge and started Hatsize.

He originally planned to do technical consulting part-time and then spend the rest of his time writing the software and the business plan. When he approached a recruiter to help him find a consulting contract, all that that recruiter wanted to hear about was Mr. Hummel's idea of virtual hands-on computer training.

With that investment, Mr. Hummel began developing an automated system that configured the machines needed by the students, and a user interface that made it easy for students to access those machines.

It took almost two years before the development was completed and Hatsize found its first customers. It was another year of testing and perfecting the solution before Hatsize landed Veritas – which sold large-scale enterprise backup systems – as its first substantial contract.

Veritas purchased Hatsize to create virtual learning labs that could be used to train its global sales engineers to do remote product demonstrations as part of their pre-sales activities.

Landing a large customer like Veritas was a time-consuming endeavor that typically required three months to perform multiple proofs of concept, two months of implementing a pilot, and then nine months of trial usage before finally receiving a signed long-term contract.

In the eight years that followed, Hatsize's training platform was used by companies such as Symantec, IBM, and Juniper Networks to deliver over two million hours of virtual hands-on training.

The challenge was that each sale took a long time to close and the end solution had to be customized so it could only be used by that company. Mr. Hummel began thinking how HatSize could create standard implementations of a remote learning lab that could be leveraged by many different companies.

Hatsize realized that almost every major hardware and software vendor had a certification program and that there were hundreds of training companies that could leverage a standard implementation of virtual hands-on training for any of these vendors.

For example, there are over 500 VMware Authorized Training Centers and VMware Academies that offer training, and this year alone, 53,000 students will be trained and certified on VMware's latest release (VMware vSphere 5.1).

Hatsize's idea was to create a complete solution that allowed companies to provide hands-on training for complex technologies without having to invest in expensive hardware and software or having to perform time-consuming manual lab setups.

When Mr. Hummel looked at existing competitors, he found a few mom and pop shops that offered virtual training solutions. He soon learned these competitors often had scalability issues, which meant that they only offered a limited number of courses and students often had to share their online lab environments.

"Sharing limits the amount of time a student can spend doing hands-on practice. I think it is critical that each student get his or her own learning environment," Mr. Hummel says.

In 2012, Hatsize released a turnkey training platform that matches the recommended VMware curriculum. This enabled training companies to offer hands-on, instructor-led VMware training as an online class or in a physical classroom.

It turned out that an exhaustive VMware training solution that included instructor and student guides as well as a collaboration platform was exactly what large training firms were looking for.

In May, 2012, Hatsize landed the largest independent IT training company in the world – New Horizons – as a client. New Horizons wanted a standardized solution that could be implemented globally without the need for expensive hardware or software in each and every location.

Next, Hatsize added AFI Expertise, one of Quebec's largest IT training companies, and soon after that Söldner Consult GmbH out of Germany. They are also creating training labs for Microsoft and Citrix

In 2012, Hatsize's revenue increased by more than 35 per cent. Now a 35-person company, it has data centres in Canada, the United States, Germany, and Singapore.

"With every new client, we are extending the learning by doing revolution and transforming the way students learn technology: hands-on and online" Mr. Hummel says. 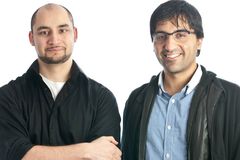 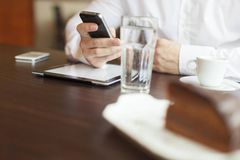 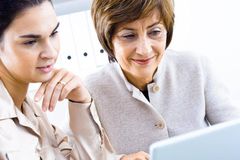 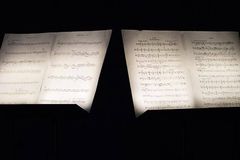 The most small-business friendly places in the U.S.
April 3, 2013 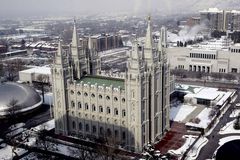