The ability to execute data analytics to track and company an athlete's performance over time has become invaluable for sports teams to identify enhancement and trading opportunities. Sport Testing Inc. is a Toronto-based company that offers an accurate, comprehensive and real-time method of assessing and benchmarking performance across the entire spectrum of sports assessment.

The company uses photoelectric timing gates and radio-frequency identification (RFID) sensors that connect through a wireless network to assess a player's performance in a specific drill. It also compares the result with historical performance and other benchmarks of a particular age cohort or league standards.

The company's unique software, hardware and processes are patent pending in the United States and Canada. Sport Testing has competitors but few employ both for the assessment of hockey players and athletes in other sports.

According Jamie Hollins, the companys co-founder, their goal is to become "the central depository for all data regarding athletic performance, and become the most credible and reliable source of data on athletes in the world. Our vision is to be an indispensable resource for scouts, teams and leagues in making player decisions."

But in North America, the market for athlete testing and training solutions in hockey has been limited to professional, collegiate and junior ranks. It's only recently that minor sports organizations have realized the value of monitoring and enhancing athlete development through testing.

In addition, there are several countries outside of North America with rich professional sports markets where Sport Testing could replicate its success.

Sport Testing was formed in March 2010 by brothers Jonathon and Jamie Hollins with two employees. The company was backed by $500,000 in seed capital in early 2012. Jonathon is a serial entrepreneur, having previously built a company in elections hardware and software. From there he went on to designing a carbon fibre factory to build paddles and associated supplies. His younger brother Jamie, with a degree in kinesiology and NCSA-CSCS certification, built a career in sports and fitness, including as a gym owner and operator, fitness equipment importer and distributor and strength coach.

Through his connections in the world of sports and fitness, Jamie became involved in testing hockey teams and associations for various aspects of strength, endurance and skills. The brothers soon realized the need for assessment tools to generate data analytics of individual athletes that could be used to enhance development, compare athletes and accurately predict an athlete's expected performance trajectory, based on historical data for similarly performing athletes.

Working with the Canadian Hockey League, the brothers developed hockey-specific sports protocols. Other semi-pro, junior and non-professional leagues also began using Sport Testing's solutions as a recruiting tool as well as a means of benchmarking players to league and team standards and in identifying training programmes to address individual player deficiencies. Any type of sport camp and rehabilitation program for injured players can also be assessed using 'before' and 'after' comparisons offered by Sport Testing's performance tracking.

The company's first sale was a hardware purchase along with their software solutions by a respected member of the Montreal Canadiens. The company's products are now used by several NHL teams and for draft combine testing for the Canadian, Quebec, Ontario and Western Hockey leagues. In addition to hockey, Sport Testing has developed products and assessment protocols for other sports, including rugby, lacrosse, football, baseball and basketball and are working to develop additional protocols with their current partners.

Recognizing the opportunities for Sport Testing's products anywhere there was an active professional sports market, the company started selling overseas early in its evolution. In Jan. 2014, Sport Testing made its first sale outside of North America to its distributor in Australia, which also handles the United Kingdom. Expanding into smaller markets with fewer professional teams and smaller player populations improves the likelihood that Sport Testing can quickly become the preferred provider of leagues in those countries. Such markets are also less likely to feature larger competitors.

Once Sports Testing has established itself as the industry standard in a few sports leagues in a couple of countries, it will generate the resources, scale and track record necessary to take a run at globally-popular sports such as soccer, cricket or basketball or planned product extensions into related fitness and rehabilitation applications, where they are more likely to attract competition from large companies who already enjoy a global reach.

As much as their technology, the database Sport Testing builds over time on the players and future stars of various professional sports will build a defensive moat around their businesses in those leagues and those countries. As the technology and testing protocols can be adopted to almost any professional sporting activity, Sport Testing's opportunities are literally global in scope.

Since mid -2014, 50 per cent or more of Sport Testing's sales have been generated outside of Canada into the U.S.and through distributors located in Australia, Finland, U.K., Switzerland and Taiwan. These sales have supported the company's ability to more than double its revenues over the past 12 months.

Looking further forward, Sport Testing sees applications for its technology in personal fitness, rehabilitation and geriatrics. Renato Cianciusi, the operations and production manager for Sport Testing, says: "Anywhere detailed and accurate physical performance has to be measured, monitored and analysed against past performance or against a benchmark, we want to be there."

Douglas Kennedy is the RBC managing director for the Centre for Global Enterprise at the Schulich School of Business at York University.

This is the latest in a regular series of case studies by a rotating group of business professors from across the country. They appear every Tuesday on the Report on Small Business website. 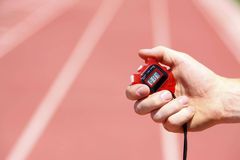 Five ways to keep your company ahead of the curve in 2015
January 19, 2015
Follow us on Twitter @globesmallbiz Opens in a new window
Report an error Editorial code of conduct
Due to technical reasons, we have temporarily removed commenting from our articles. We hope to have this fixed soon. Thank you for your patience. If you are looking to give feedback on our new site, please send it along to feedback@globeandmail.com. If you want to write a letter to the editor, please forward to letters@globeandmail.com.
Comments