When Auvik Networks took possession of its new office space in an old BlackBerry building in Waterloo, Ont. last spring, co-founder David Yach says it was as though the former employees had just suddenly left: BlackBerry health and safety posters still hung on the wall and, to this day, there's a whiteboard in one office with travel dates visible in faded black marker. Furniture was also left behind, including desks, chairs and cubicles – even a few personal belongings.

"The first day was weird, like one of those zombie apocalypse movies where you come in and all of the people are gone and their stuff is still there," says Mr. Yach, who is also chief technology officer at Auvik, a cloud-based network and monitoring company.

It was also a coming home for Mr. Yach, the former CTO at BlackBerry who left in March 2012 after 18 years at the iconic tech company, which has since downsized significantly amid intense competition in the smartphone space.

Mr. Yach is one of nine former BlackBerry employees now working at Auvik and one of five of whom worked in the same building near the University of Waterloo, known as BlackBerry 5.

Auvik is also one of a handful of Waterloo-based startups staffed with former BlackBerry employees, many of whom are coming back to work at some of the same buildings.

The Auvik building is one of a half dozen Blackberry sites Mr. Yach worked in over the years, a handful of which are being purchased by well-known Bay Street financier and Dragon Michael Wekerle.

Mr. Wekerle bought the first building from BlackBerry in February and recently purchased a handful of other properties that had been picked up by U.S. real estate investment company Spear Street Capital.

In a recent interview, Mr. Wekerle says he's slowing selling off his U.S. real estate holdings and pouring the money into Waterloo, with a vision of rebuilding and growing the city as a key Canadian technology hub.

"Waterloo was the real basis of the technology boom that happened in the mid-90s and I see that happening again," says Mr. Wekerle, founder of Toronto-based Difference Capital, who also helped take BlackBerry public almost 20 years ago, when it was known as Research in Motion.

The way Mr. Wekerle sees it – he's investing early into the next generation of technology success stories. He also wants to keep the talent at home.

"We sell our IP to the U.S. I would rather rent the IP to the U.S. and keep the intellectual property," here in Canada, says Mr. Wekerle. His investment firm has also set up an office in Waterloo, with five employees.

Mr. Wekerle's goal with the buildings is to create a technology innovation centre by luring companies such as Auvik and its growing talent roster.

Auvik has expanded to about 30 employees and is transforming its two-storey, 5,000-square-foot space by adding more colour and lowering the cubicle heights to let in more light and allow for more conversations among staffers.

Mr. Yach has been working and studying in this part of Waterloo for more than three decades, which includes time he spent on his software company Sybase. He also studied computer science and math at the University of Waterloo and earned his MBA at Wilfrid Laurier University.

"It's like a comfortable pair of old shoes. Everything is familiar," he says.

Startup Magnet Forensics Inc. moved into an 18,000-square foot space in the BlackBerry 5 building last month, with hopes of more than doubling its staff to 100 by about 2016.

The company, known for its data-recovery software called Internet Evidence Finder, says it's using some of the old desks and other furniture left behind, but is also painting and refurbishing the place to better fit its brand, which include a blue and grey colour palette.

The company also built a games room with ping pong tables for staff during work breaks, plan to build a patio in the spring and are taking advantage of amenities such as a games room and bike storage.

"For us, it's a great location," especially for recruiting talent from nearby universities, says Magnet chief financial officer Angelo Loberto, who held a number of senior and executive positions in finance at BlackBerry. "That is why BlackBerry was here. It was a perfect location."

While some of the buildings are still empty after the BlackBerry staff exodus, Mr. Loberto says the space is starting to fill up, which is helping to re-energize the area.

"The energy is really positive," and includes a mix of different companies, says Mr. Loberto. "It's really going to come back to what it started with, which is multi-tenant space."

Mr. Loberto believes space is important when it comes to attracting and retaining staff. It's also good for the community after the blows it has taken from the downsizing of BlackBerry.

"It's great that they are repurposing the buildings that BlackBerry invested so much in during their growth, to continue the good they started, and repurpose them for other things," he says. 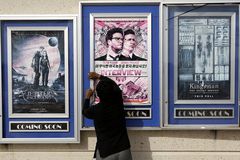 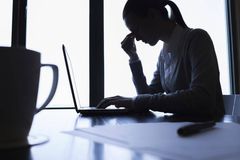