If you're a small or independent game developer, you've probably dreamed about selling your products on Steam.

This online marketplace, which has been serving Windows PCs since 2004 and Apple Macs since 2010, is where the vast majority of computer game players purchase digitally distributed software. Steam started out selling games created by its keeper, U.S.-based Valve Software, but today it offers more than 1,800 titles, including those of its competitors, to an estimated 50 million users worldwide.

The product offering may seem small – Apple's App Store for its iOS devices contains, by the company's own admission, more than 800,000 apps, including games. But Steam's target is slightly different: dedicated "core" gamers who regularly spend $60 (U.S.) on new, big-budget releases, a market previously served only by retail channels. Games in the App Store rarely exceed a $10 price tag.

Since Steam distributes both higher-priced, "triple-A" games as well as more niche titles, Valve has created a unique marketplace where your game can be huge or tiny, it just needs to be good. Players who might favour larger, more mainstream titles, such as those in the Tomb Raider and Call of Duty series, can't help but notice the smaller games by boutique studios because they are all given the same distribution, marketing and sales space by the service.

For small developers such as myself, this is a huge boon, and a major challenge. It's amazing to be able to rub elbows with the world's biggest and best development studios, but how do you compete with them?

Many small developers learn that two major features on Steam are key to keeping titles selling: a vibrant community that shares, likes, and moves customers through the service; and the site's use of sales and promotions to keep players coming back. These elements give developers a shot at finding new customers even after the initial-debut window when, typically, the bulk of a game's revenue is made. In fact, post-launch sales often perform better for games than their launches, which is a welcome cash infusion for small studios looking to stay afloat as they prepare new projects.

Steam is perceived as notoriously difficult to get into, which is probably another reason companies big and small covet its influence. Unlike the App Store or Google Play, it's not an open, free-for-all marketplace, and the secret sauce that determines whether your game is included in the roster is known only to Valve. (The service recently added Steam Greenlight, a community-supported system where developers pitch their games, and users vote for the ones they'd like to see available for sale.)

I still don't know for certain why my game, Home, was accepted onto the platform last summer – at least not scientifically. Like thousands of others, I pitched it with faint hopes, and I was delighted to have made the cut. I like to think it's because Valve thought it was good, of course, but it might also have had something to do with the fact that I submitted the game with audience goals, and I outlined my ability to support and promote the title. Pointing out I was willing to update Home over the long-term probably sat well with Steam's penchant to invest in games over a more extended period of time.

Before debuting on Steam, Home was sold through my company's website, and it did well for a self-released, self-distributed title. After launching on Valve's service, in a matter of hours the game sold as much as the previous three months of downloads. Steam has certainly helped the game's visibility and perception among potential customers – in a way, it's been legitimized.

But the service isn't a slam dunk. Developers need to work hard to maintain their communities, and to provide updates and fixes for their games. They also need to watch sales trends to see whether a promotion, or new content, is needed to keep a product selling and in the field of view of potential players.

But ultimately, the chance to compete on such a large scale is a challenge every small developer rightfully welcomes. 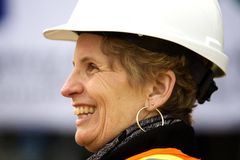 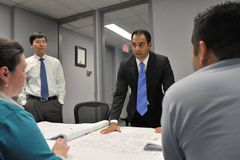 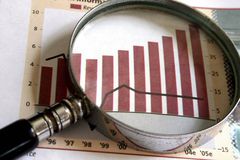 Why owners need to break free of their business, one hour at a time
March 19, 2013 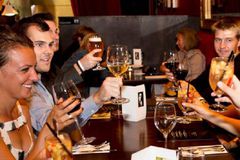