According to The Next Web, "Google+ took a mere 16 days to hit 10 million users. By comparison, both Twitter and Facebook took over two years to hit that milestone, requiring 780 days and 852 days respectively."

The ease with which Google+ is now competing with Facebook for mindshare has me thinking about barriers to entry. Warren Buffett famously invests in businesses with what he calls a protective "moat" around them – one that inoculates them from competition and allows them to control their pricing.

Big companies lock out their competitors by outslugging them in capital infrastructure investments – anyone care to compete against CN Rail? – but smaller businesses have to be smarter about how they defend their turf.

Here are five ways to deepen and widen the protective moat around your business:

Create an army of defenders

Ecstatic customers act as defenders against other competitors entering your market, a factor that has enabled companies like Trader Joe's to defend their market share in the bourgeois bohemian (bobo) market.

Facebook, on the other hand, has done so many things to annoy its users that people are jumping ship in droves at the first sign of a credible alternative.

Is there a certification program that you could take to differentiate your business? A friend of mine runs a radiation safety company and he's licensed by the Canadian Nuclear Safety Commission. It's a lot of paperwork and training, but the certification process acts as a barrier against other people getting into the market and competing.

Is there a certification you could get that would make it more difficult for others to compete with you?

If you can be the first to create a marketplace where buyers and sellers meet, you are in a powerful position that is not easy for a competitor to replicate.

Likewise, buyers want to go there because they know that's where they'll see the widest selection of businesses for sale. Now that the marketplace exists, both parties have a vested interest in reinforcing BizBuySell.com's dominance.

Is there a way you could be the first to create and dominate an online marketplace for what you sell?

Get your customers to integrate

The superficial switching costs of customer relationship management (CRM) software are virtually nil. Everyone from 37 signals to Salesforce.com will give you a free trial to test their wares.

The real expenses associated with changing CRM software only come when a business starts to customize the software and integrate it into the way they work. Once sales managers train their salespeople on creating a weekly sales funnel in a CRM platform, try to convince them to switch software.

Is there a way you could get your customers to integrate your product or service into their operations? Can you offer customers training on how to use what you sell to make your company stickier?

Think back to the last time you looked for a recipe. My guess is, you "Googled" it. Part of Google's competitive shield is that the company name has itself become a verb. Now every time someone refers to searching for something online, it reinforces the competitive position of a single company.

Is there a way you could control the vocabulary people use to refer to your category? 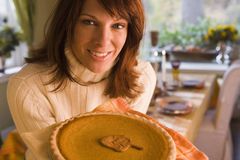 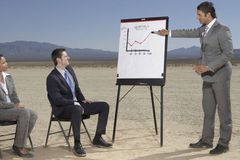 Seven ratios to track in your business
July 6, 2011 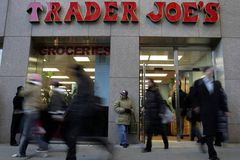 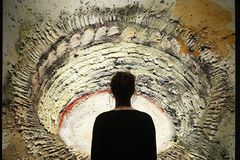