On June 7, 2004, my first baby was born. My baby was pink and white and beautiful. And I shared it with 600 of my nearest and dearest friends.

My baby was Sweetspot.ca, and it was my first foray into entrepreneurship. I was 33 years old and I had spent the previous eight years working my way up the corporate ladder in the worlds of marketing and advertising. I loved the career I had built at OgilvyOne (a division of Ogilvy & Mather) but I knew I was ready for a new challenge.

Given our inundated inboxes of today, it's hard to imagine that in 2004, the idea of an e-mail newsletter was quite novel. One that was consumer focused – as opposed to B2B – was even more rare. But I had been inspired by the success of Daily Candy in the United States, and seized the opportunity provided by the open landscape in Canada. Like many entrepreneurs before me, I emulated a proven business model and brought it to our home and native land.

Sweetspot was a sweet success. In the first two years, our reach expanded from Toronto to Montreal and Vancouver, and we launched Sweetmama, a property dedicated to mothers and their children. Our hold in the hearts and minds of Canadian women grew stronger and it attracted the attention of Rogers Publishing. In June, 2006, Rogers made an investment and took a minority stake in the company.

This deal was not only a major accomplishment – taking me out of years of debt and constant financial worry – but the way it was structured gave me creative control of the brand, maintained our independence, and allowed the entrepreneurial spirit and culture to continue to flourish.

One of the main attractions to Rogers was the promise of what it could bring us. Exposure through its media properties gave us immediate and significant reach. And the ability to let go of some of the back-end financial functions allowed me to focus on the areas of the business I was best at: marketing and management.

But the key to success for Sweetspot, and the other properties Rogers acquired, would entail integration into the larger company's ecosystem, especially within media sales. And that was the big "fail."

Rogers had gone blazing into the market acquiring digital properties, but there seemed to be no thought or foresight about how to integrate them into its (behemoth) system. It would be an understatement to say that the company's digital strategy has not performed well. It doesn't appear to have had a digital strategy. As mediums and methods of content consumption continue to evolve and converge, Rogers still seems unsure how to have its Digital and Publishing groups work together (the fact these are still two distinct groups speaks volumes).

The other misstep was its apparent devaluing of our most valuable asset: people. Actually, Rogers valued some of our team members quite a bit. So much so that it started pulling them out like Jenga pieces and leveraging their skills to grow other properties.

When Rogers made its final tranche of the investment in late 2010, it took full ownership of the business and with that came the end of my employment contract. And that was another fatal flaw in its acquisition plan. Entrepreneurial cultures and their leaders are inextricably linked, yet the powers that were didn't feel a transitional period was necessary.

And so, I suppose, the rest is history. Literally.

On May 2, Rogers announced that it was shuttering eight of its digital properties, Sweetspot and its French counterpart among them. This was heartbreaking and disappointing on so many levels. Clearly I'm not objective, but I think Rogers has sent a terrible message to Canadians about big companies, about their future direction – instead of evolving with the times they are going back to the same old stuff they've been doing forever – and to entrepreneurs across the country.

I look at every situation in my life as an opportunity to learn. I'm a year into my newest venture, Dealuxe, and as exciting as it is, the challenges of a startup are back, which can be exhausting and, at times, demoralizing. But this debacle has fuelled the flames of my entrepreneurial spirit, stroked my ego (the outpouring of recognition and support has been overwhelming) and reinvigorated my drive to create a brand that Canadians love, and a culture they are vying to work for.

So I will turn my heartbreak into gratitude and thank the folks at Rogers for reminding me that bigger doesn't always mean better, and that you can kill a business but you can never kill the entrepreneurial spirit.

And that, my friends, is sweet.

Entrepreneur Joanna Track was the founder and executive publisher of Sweetspot.ca, an online destination for Canadian women interested in lifestyle and trend information. With her latest venture, Dealuxe, Ms. Track combined her love of fashion with her online savvy, bringing international brands to Canada's style set.

How to stage a successful retirement
April 23, 2012 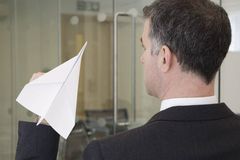 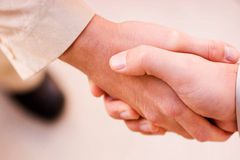 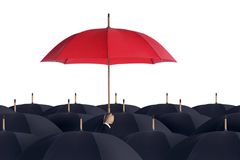 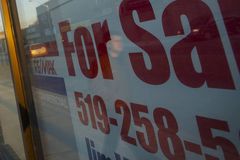 When entrepreneurship is a family affair
February 9, 2012 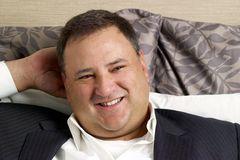 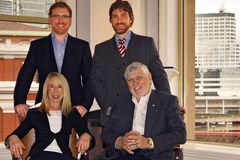