To a computer, the words on this web page are meaningless. Quite literally, they carry no meaning.

From the servers this article is stored on to the web browser that you're reading it in, as far as most Web technologies are concerned, this article is simply a collection of letters, numbers and punctuation in a particular order.

That's where the Semantic Web comes in.

The Semantic Web, as the name suggests, is all about meaning – adding an additional layer of information on top of online data to make it more meaningful to both humans and computers.

What does that mean in practice? That depends on who you ask.

For some, it's the next big thing, an online revolution that will completely change the way we live our lives online. For others, it's marketing hype built around a natural evolution of the web.

Some have predicted that the Semantic Web will bring about the rise of intelligent personal web assistants that can search and filter information, scheduling appointments, booking travel, and making sense of the world for us.

Others feel that the Semantic Web is simply a better alternative to existing kinds of databases and spreadsheets that sit on corporate computers all around the world.

The bottom line: The Semantic Web means many things to many people, and therein lies the irony. It's an online movement focused on adding meaning, but its own meaning is far from clear.

The need for structured information

"The idea of the Semantic Web is pretty old," says Sander Koppelaar, head of operations at Silk, an online Semantic Web creation tool. "It's been around longer than most people have known the web."

The term was first coined by Tim Berners-Lee, the inventor of the World Wide Web. In 2001, Scientific American published an article by Mr. Berners-Lee and his colleagues, James Hendler and Ora Lassila, in which they outlined their vision.

"The Semantic Web is not a separate web but an extension of the current one, in which information is given well-defined meaning, better enabling computers and people to work in co-operation."

For the Semantic Web to work, they wrote, online information needs to be "structured."

The problem is that a huge amount of the information online is unstructured. For example, take this sentence: "Stephen Harper was born on April 30, 1959, to Margaret and Joseph Harris Harper."

Most English-speaking humans have no trouble extracting meaning from that sentence. We can understand that Stephen Harper is a person with a mother and a father and a birthday.

So the Semantic Web aims to add meaning by structuring information in a way that computers can understand, and by defining relationships between bits of information.

This semantic approach allows bits of information to be interconnected in new ways, and, as Mr. Berners-Lee explained onstage during a 2009 TED Talk, interconnectedness adds value and utility to information.

"The really important thing about data is the more things you have to connect together, the more powerful it is," he said.

Silk's Mr. Koppelaar agrees: "There's this extra layer that enables you to use information in a much smarter way."

Not here yet, but coming

Though the concept of the Semantic Web has been around for more than a decade, real-world applications are still in their infancy.

"It's still the early adopters that are at our doors," says Frédérick Giasson, a Québec City-based computer scientist and co-founder of Structured Dynamics, a firm that specializes in Semantic Web technologies.

Even if you use a Semantic Web technology, you might not recognize it as such. Mr. Giasson says that usually, these technologies quietly power things behind the scenes, and often remain unseen by end users.

There are exceptions, however.

For example, Google recently announced Knowledge Graph, an effort to improve search results by applying semantics. Mr. Giasson points to both Wolfram Alpha and Apple's Siri as well-known services that use semantic approaches.

Though large technology companies have been among the first to adopt Semantic Web technologies, businesses of all sizes and shapes can potentially benefit from a semantic approach. Rather than a single set of tools or techniques, the Semantic Web has a broad range of applications for many different types of problems.

This series will look at the opportunities and challenges that the Semantic Web brings to small business, both inside and outside the firewall.

Tips to score crowdfunding success
May 24, 2012 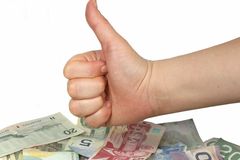 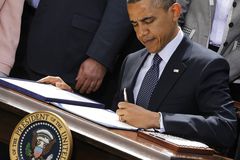 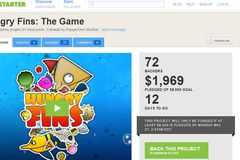 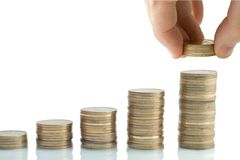 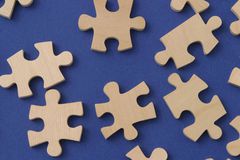