Mohammed Ali M'halla, owner and founder of the Blue Olive Restaurant and International Market, sat in his office reflecting on how he would replace his chef who had recently left.

In 2008, he opened his restaurant in Moncton, N.B. and hired local chefs and trained them to cook Mediterranean and North African food. Despite proper training and use of the same ingredients, their food lacked the authentic flavour and richness he so desired. So he hired chefs with North African background from neighbouring cities who could provide the authenticity he craved. But that experiment failed as it was difficult to convince trained chefs to stay in the relatively small city of Moncton.

As he further explored his options, the restaurateur knew he had to come up with a long-term plan to hire and retain best talent in the kitchen, which would be critical to Blue Olive's survival in this ultra-competitive industry.

Mr. M'halla came to Canada from Tunisia in 1999 to study engineering at the University de Moncton (UdM). Having lived in various countries of the world due to his father's diplomatic assignments, he quickly engaged with the international and local students, and became active in various student organizations and initiatives.

While in university, he was tapped by UdM to assist in their international recruitment efforts. During the next two years, he successfully recruited over 300 international students to the university. The experience exposed him to business, and upon graduation he decided to pursue an MBA degree at UdM.

During a marketing course, he worked on an entrepreneurial assignment for opening a Mediterranean restaurant in Moncton. After graduating, rather than opting for a corporate job, he pursued the business opportunity identified in his marketing project.

In 2008, he opened the doors to Blue Olive Restaurant and International Market. His concept was to serve as a cultural centre and a meeting place to allow for an exchange of ideas and encourage conversation among people from different parts of the world. The restaurant offered specialties from countries around the Mediterranean sea and the Middle East including Lebanon, Tunisia and Morocco. The market offered a wide range of global products that were not available in the local grocery stores.

With its distinct cuisine and unique market offering, the business took off, attracting a loyal clientele which included Canadians as well as new immigrants to Moncton.

Mr. M'halla used his extensive knowledge of attracting international students and the network he had developed to hire chefs from overseas. Initial recruitment took more than six months, in which he navigated the various government regulations as well as travelled to Tunisia to interview and hire a chef.

His hard work paid off with the first chef, specializing in North African cuisine, who joined the restaurant in 2010. This hire was followed by a chef specializing in Middle Eastern and Asian cuisine in 2011 and a supervisor for the kitchen in 2013.

Drawing from his own experience as an international student, Mr. M'halla realized that to retain these people, he needed to adopt them as family and help them settle down and integrate into the community. This required a lot more than just providing them a paycheque at the end of the month.

Another important task was to share the opportunity to grow within his fledgling new business and make it more attractive to them in the long-term. He created training programs for new arrivals which included food and health safety. He also took them out to local restaurants so that they could learn best practices from competitors.

The solution has paid off for Mr. M'hallaa. After his three new hires, business increased enough to hire another eleven local staff members to work in the restaurant and market.

In 2013, he initiated a marketing strategy with presence on social media, renovated the restaurant and introduced new menu items. The business won the Greater Moncton Excellence Award in 2013 and was selected as the Young Company of the Year by Moncton's sister city of Dieppe in 2014.

Plans are under way to renovate the international market space with a dedicated butcher shop and expanded area for fresh fruits and vegetables. He's also signed a lease for a second location in the downtown core of Moncton with a planned opening in fall 2014.

While things are going well for Mr. M'hall, his plans could be in jeopardy due to the recent freeze in bringing labour from overseas. He hopes that the freeze is temporary, as his business depends on bringing in expert chefs that he cannot find in Canadian. He also stressed the fact that, for each person he has hired from abroad he's been able to create four new local jobs. Although he understands that the program has been misused, he feels strongly that an across-the-board freeze will not only hurt his business and the local economy, but will impact thousands of similar businesses across Canada. He hopes the issue is settled soon so that he can move ahead with his growth strategy.

Slow and steady approach no longer suitable for sixth-generation business
May 9, 2014 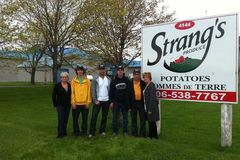 How this Maritimes cab company steered back into the black
March 28, 2014 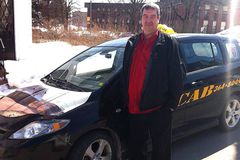 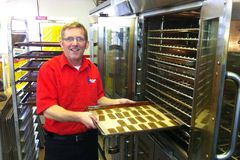 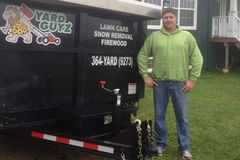