His Toronto-based company was gaining traction and the installed base of users was growing, but in order to maintain this trajectory he had to hire great people. And great people are wary of leaving jobs with established companies to join startups, where failure rates run high.

How could Mr. Simpson convince the experienced people he needed that Wave Accounting was worth betting on?

Kirk Simpson and James Lochrie co-founded Wave Accounting in 2009. At the time, they had been friends for a decade – their wives went to university together – and often spent time discussing the needs of small businesses.

"It is not unusual for business owners to co-mingle business and personal purchases," says Mr. Simpson, Wave's president and chief executive officer. "The credit card used to buy office supplies during the week is the same one used to buy diapers on the weekend, and this doesn't mesh well with traditional desktop accounting.

"Further, retyping everything into accounting software is not a productive use of time, which is why many small businesses end up using a shoebox until tax time."

The idea behind Wave Accounting is to eliminate manual entry of purchases and income, import the data directly from credit card and bank accounts, and make the system get smarter over time in being able to categorize items automatically.

The two partners bring complementary skills to the business, both leveraging their past experience. Mr. Simpson is on the sales and marketing side and Mr. Lochrie's focus is on accounting and technology.

They both lacked programming expertise, a key requirement for the initial and ongoing development of their product, but, at the outset, were able to hire two experienced developers through their personal networks. They quickly realized they needed more.

"We needed to build an amazing team to fuel growth, not just to develop our product, but also to get financing, because most investors view a venture's team as its most valuable resource," Mr. Simpson says.

However, luring great people away from their established jobs isn't easy when your business is a startup with little track record.

To attract the talent that Wave Accounting needed, Mr. Simpson realized potential employees could be viewed the same way as potential investors: Essentially, he was asking them to gamble their money on the firm by leaving secure and high-paying jobs to place their career and pay cheque bets on his company.

Compensation is an important but not the determining factor. "More money does play into the equation," Mr. Simpson says, "but if you're a great developer in Toronto, you have your pick of half a dozen companies, and there are even more opportunities if you move to San Francisco or New York City."

Instead, he feels the most effective way to differentiate your venture from competing firms is to explicitly address the risks to a potential new hire.

To address recruits' perceptions of Wave Accounting's riskiness, Mr. Simpson has prepared a pitch similar to the one he has readied for investors.

He provides a road map of where Wave is going, along with information about the competition, and metrics that show the company's progress in building an installed base of users.

He also shares financial data, including funding and a cash-flow perspective. Through this transparency, he wants to make it clear that new hires will have their voices heard, will be part of a growing team, and will work for a company that will be in business for the long term.

Treating potential hires as investors is proving effective. Wave's staff has doubled in the past year to 15, it's is gaining thousands of users each week, and it has received a $1.5-million infusion, with the Ontario Municipal Employees Retirement System (OMERS) as lead investor.

Mr. Simpson feels well-poised for the future. Using the "employee-as-investor" approach to hiring has recently netted the company two experienced vice-presidents, who left big organizations to join his startup firm: Scott Zandbergen, vice-president of product marketing, who came on board after 14 years with software giant Sage; and Stephen Dixon, vice-president of sales and business development, who joined from Deloitte.

"Startup CEOs have to be constantly recruiting talented people," Mr. Simpson says. "It makes sense to have an approach that understands the decision-making process from their perspective." 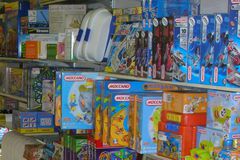 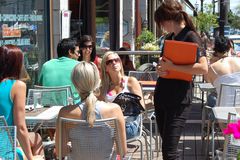