Jennifer Gannon tried her best to please her father.

After working numerous summers for his business, BonaVista Pools, she accepted an invitation to join the company after completing her English degree at the University of Western Ontario. "I said yes because I thought that's what my dad wanted me to say," she recalled.

Just a few years into the role, she was at her wit's end and ventured out on her own.

Many others have gone down the same path, said Grant Walsh, director of KPMG's Centre for Family Business. Although surveys indicate family business owners often acknowledge that their children can learn a lot about themselves, develop a sense of accomplishment, and pick up crucial business skills by working elsewhere, "the vast majority end up recruiting them right out of school."

It puts the children between a rock and a hard place: take over the business, or go it alone.

Ms. Gannon can speak to both sides from experience. At BonaVista, she started out managing the service department and eventually moved to help with the interior design of a new building. Over time her frustration increased because she was doing jobs that didn't engage her. "I was so miserable, and probably so was my dad," she said.

When she left, she took on a temporary ski instructor position and enrolled in a floral design course. Both "were meant to allow me to distill what had happened over the past three or four years," Ms. Gannon explained.

At first she felt guilty for leaving the business, but, she says, "the longer I was away, the easier it was to not be involved."

As time passed, she tried out a few external advertising positions and got a taste of what it's like to operate outside the family. "It's a much less emotional career when you're not involved in the family business," Ms. Gannon said. "I'd give them 100 per cent from 9 to 5, but then I'd go home and have a life."

In the 13 years she was away, two of her younger siblings, one of whom is an engineer, joined BonaVista, and her father passed away. Her sister later approached her about returning in a marketing role for which she said she was much better suited.

"I had moved on and learned a lot about myself," Ms. Gannon said, such as realizing she tried too hard to please her father, even when it wasn't in her best interest. "I've also become a lot more confident. I'm not on eggshells if things go don't perfectly."

From a business perspective, she returned to the company with a vitally important outsider's view.

Having worked with family businesses for 15 years, Mr. Walsh of KMPG said younger generations often get roped into joining or taking over their family businesses because their elders don't think about succession planning. And even if they consider it, they don't know of many others who have gone through the process, so they have no idea where to start.

Mr. Walsh said it's vital to seek outside advice. Planning for succession without it can be extremely painful because children often do not have an impartial outsider to whom they can voice their true opinions.

That's where organizations such as the Canadian Association of Family Enterprise help out, setting up group advisory sessions of eight to 10 small business owners who talk freely with one another. But Lorraine Bauer, CAFE's director, assures those who are timid that "it's certainly not counselling."

The sessions have been particularly helpful for Jeff Violi, who also took time away before devoting himself to his family's business.

Mr. Violi's father co-founded shoe maker Mellow Walk in 1993, while his son was studying at McGill University. "At the time I felt absolutely no connection [to the business]" Mr. Violi wrote in an e-mail. Because of the distance, he pursued a master's degree in urban planning and got involved with Canadian Mountain Holidays, which organizes helicopter skiing.

However, while living in Banff, he slowly considered the advantages of working with his father. "Managing production in a shoe factory certainly doesn't have the same glamour as helicopter skiing," he wrote, but he knew it would take about 10 years to reach a management position at the tourism company.

Ultimately he negotiated with his father and started working on Mellow Walk's assembly line, constructing shoe boxes. Doing so allowed him to interact with what he calls the most important people in the factory, whom he now relies on in his role as a vice-president.

The biggest upside to joining the family business? "I've never known my dad as well as I have over the last seven years," he said.

But he hasn't forgotten about his heli-skiing days. If he were to eventually move on, he said he has a sense of pride knowing he helped shape his dad's creation.

Ms. Gannon also reflects on other opportunities. "There are days when I think 'Why did I ever do this?'"

Then she remembers she isn't operating within a huge bureaucracy. "If something's not working, I can end it," she said.

Last winter she asked her brother and sister, who joined BonaVista right out of university, what they would be doing if there weren't a family pool company. "Both of them had this empty face because they've never left," she said. "I'm so glad to know I could achieve something outside of this." 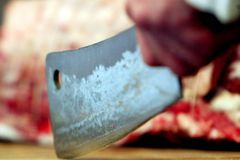 The perils and payoffs of working for a parent
August 18, 2010 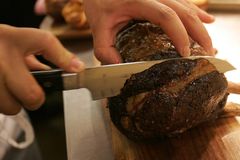 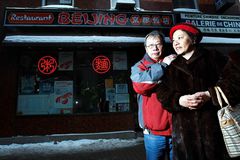 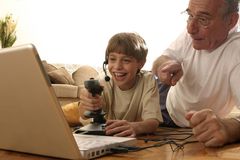 How to make succession planning a smoother experience
October 21, 2010 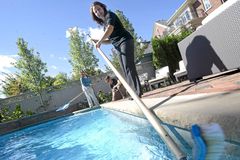 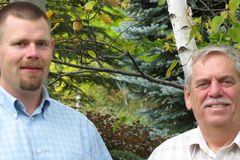 Follow Tim Kiladze on Twitter @timkiladze
Report an error
Due to technical reasons, we have temporarily removed commenting from our articles. We hope to have this fixed soon. Thank you for your patience. If you are looking to give feedback on our new site, please send it along to feedback@globeandmail.com. If you want to write a letter to the editor, please forward to letters@globeandmail.com.
Comments