Several years ago, when I was first introduced to Twitter, I really believed it was a short-term phenomenon. I thought it would eventually find its place on a social media tombstone next to MySpace.

Now I find Twitter to be a huge asset for my business. Its 200 million users should also convince you that it has plenty of staying power.

Today, there's a growing network that boasts some of the web's most passionate and influential users. And, this time around, I'm no skeptic. The network is called Reddit and it has proven it can be a huge boon or massive pain for entrepreneurs and businesses – boasting website traffic referrals increases of up to 12,000 per cent.

The self-proclaimed "front page of the internet" was founded in 2005 and its size and exposure have increased dramatically in the past few years and now has over 70 million monthly active users. The network is primarily known for chatter about technology, video games, politics, movies, and music–but you can find a discussion group, or 'subreddit,' for virtually any topic.

One of the more promising opportunities to help build your online influence or learn from the crowd is known as AMA (ask me anything) on the subreddit IamA. This is an open forum where users can ask questions and the subject can respond. The main IamA subreddit is full of celebrities these days, but there's plenty of room to hold AMAs on topic-specific subreddits.

When you first look at Reddit, you could be forgiven for thinking that it's nothing more than a high-school project gone viral. But looks can be deceiving.

My company, MediaMiser, found out just how powerful Reddit was after publishing a media analysis report of HBO's mega hit, Game of Thrones. That day's traffic set a record in June, with 62 per cent of the traffic coming from Reddit; more than Facebook and Twitter combined. This was a huge surprise to us, and now we always consider Reddit in our content marketing plans. And it even prompted us to write a full whitepaper for our clients about the importance of Reddit.

But user beware: Just as the community is able to bring a lot of attention and traffic to your site, it can also create an instant PR nightmare.

Here's how small businesses can leverage Reddit to their advantage, while avoiding its potential pitfalls:

1. Users come to the site looking for content and links. Unlike other networks, Reddit's central purpose is content discovery and its users are much more willing and likely to click on outbound links.

2. The environment is interactive and dynamic. The Reddit platform allows for discussions and interactions no other social network can match. Users can easily converse with experts, celebrities or other knowledgeable individuals. The most popular post ever on Reddit is an AMA done by U.S. President Barack Obama during his 2012 re-election campaign. The post was viewed over 5 million times in approximately 24 hours. The site's structure makes it a powerful tool for crowdsourcing knowledge and experience, especially concerning brands and products.

3. The community is active and influential. Reddit's user base has proven to be more impactful than its size would suggest. Reddit users spend a great deal of time on the site and are the source of many of the internet's biggest memes, discussions and events. The Reddit community is also known for taking direct action on issues or causes, including fundraising over $200,000 for Doctors Without Borders and running the world's largest Secret Santa exchange.

There are rules you need to be aware of, such as no spamming or trying to manipulate voting. As with any social network, it's also important to interact, provide value and be genuine. The Reddit community can be especially harsh to anyone being blatantly promotional as moderated by the community in the subreddit known as HailCorporate, where McDonald's often draws the ire of commentators.

Reddit's not a fit for every entrepreneur to use on a regular basis. It is, however, a social network that every business should understand and consider using as part of its online reputation management and content marketing strategy.

Chris Morrison is the co-founder and President of MediaMiser, a social and traditional media monitoring and analysis technology company with headquarters in Ottawa. For more on Reddit, check out their full whitepaper . 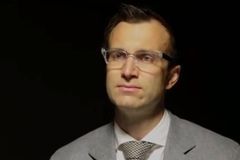 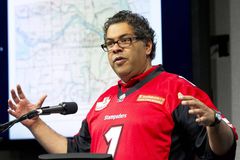 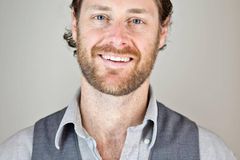 The pitfalls of choosing a name for your business
August 2, 2013 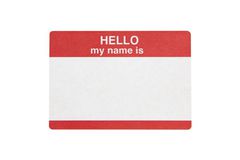 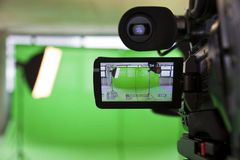 Social media blunders and why your business should care
August 7, 2013 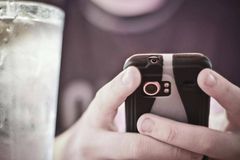