Many Canadians who have phoned into a corporate call centre will know the feeling of hitting a familiar wall: On the other end of the phone, the agent is wrestling with a computer on which one system handles customer billing, another handles tech support, a third books appointments, contact details are in a fourth – and heaven forbid some glitch mismatches information between systems, because they don't all talk to each other.

In this scenario, if the poor customer service representative wants to make a change that straddles multiple systems, he or she either has to transfer you to another department – or coordinate between a number of different applications running on the screen at once, one for each task.

The entrepreneurs behind ThoughtWire, a Toronto-based startup, have a term for this phenomenon: They call it "human middleware."

It represents the situation where a human's brain is charged with connecting the dots between computer systems.

ThoughtWire wants to automate that process – and in so doing, it's attacking one of the problems in the "Big Data" world we're entering.

Businesses are accumulating large stores of information in separate silos, but they can't always bring it all together when it's needed – like the moment a customer is waiting on a phone.

The traditional approach to solving this problem has been to work to integrate these different systems, which can be enormously expensive. ThoughtWire takes a different approach. Rather than re-engineer existing systems, it uses software "agents" – essentially, carefully planned scripts – to access these systems just as a human user would.

By using these scripts to manipulate the software interfaces that companies have already invested in and built, agents can pull the pieces of information from disparate applications together with one command.

So a call centre-employee trying to book an appointment would no longer have to ferry information from a customer-contact application to a scheduling-system database.

"There really should be one app that's responsible for allowing that operator to do the right thing with that information," says Stephen Owens, one of ThoughtWire's co-founders. "And the right thing might span two or three different systems."

The software accesses database backends where it can, but where it can't – like when pulling information from a website – it accesses the data the same way a human user might, intelligently parsing the page to extract the data it needs.

This makes ThoughtWire's approach well-suited to heavily-regulated industries, like health-care, where confidentiality concerns can prevent backend databases from being fully integrated.

For many companies entering this space, Big Data means analytics - applying mathematical models and language analysis to large stores of data can yield many insights about customers' wants and needs.

But ThoughtWire's take on Big Data focuses on the here and now.

"We're focused on taking the extraordinary value that's coming from Big Data, and getting it right into the right person's hands at the right moment, so it has an effect on the outcome of what they're doing," says Michael Monteith, ThoughtWire's co-founder and CEO. "It's not a report, it's not a dashboard, another tool that somebody needs to use. It's incorporated into what they do."

After two years of R&D, the startup's products are starting to enter service. Clients include operators in the health-care field, though ThoughtWire isn't naming names just yet.

While ThoughWire is targeting enterprises with its technology, the "agent" approach to Big Data could easily scale down to small-business concerns.

Imagine the same problem, on a smaller scale: When you book a flight and then a rental car at different companies, you have to punch in the dates of your trip twice, because the two systems don't talk. Once again, the user has to be the connection between the systems.

The ability to crawl websites for data, aggregating many sources into meaningful information, could have a profound effect on the retail world, for instance, as more and more outlets put their inventory figures online. After all, if Best Buy makes the number of laptops it has in stock available to you, then it's visible to Big Data-gathering agents as well.

And even smaller nuisances, like the example of having to repeatedly plug date information into car-rental sites, can slow the pace of business.

Agent-like technology, says Peter A.P. Zakarow, chief operating officer and another of ThoughtWire's four co-founders, can take on the task of "compiling information so that you could do what you're paid to do, which is make decisions on that," he says.

"We think the cumulative effect of that on small business could be game-changing." 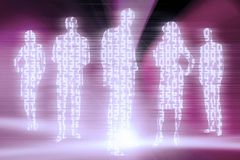 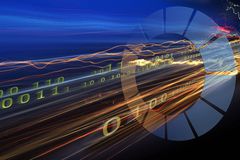 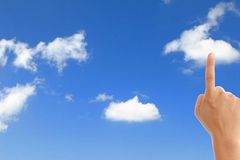 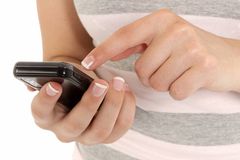 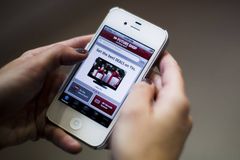