The warranty on your iPhone is long gone and you've just cracked the screen or damaged it by spilling coffee on it. Where is the best place to get it repaired? Is it better to go to Apple or will an independent repair shop do the trick?

The answer depends on factors like repair time, part quality and, of course, price.

But Mr. Joshi says there are downsides to Apple repair.

"Sometimes it can be hard to get an appointment when you need it. Sometimes the wait can be long as well."

To get an iPhone repaired at an Apple Store, an appointment has to be booked online. The phones can also be mailed back to Apple for repair, or sent in through an Apple-authorized service provider (AASP), which could be anything from an Apple-dedicated repair shop to a London Drugs store. Some AASPs only offer exchanges for iPhones covered by warranty or AppleCare.

When a phone is mailed to Apple for repair, the turnaround time can be weeks. Apple says repairs at its stores can take up to five business days.

Independent repair shops are generally much faster, offering same-day service for common repairs such as replacing a screen, battery, charging port or camera, and cost less than Apple's out-of-warranty fees. The challenge is finding a shop offering high-quality repairs in addition to time and cost savings.

You get what you pay for

Alex Sebastian, cofounder of Toronto's Orchard, recommends doing some research before choosing a shop. Mr. Sebastian's company sells pre-owned iPhones and, before hiring an in-house technician, he had hundreds of them repaired through independent shops.

"If a price is low, it means they're either buying cheap parts, which is very problematic, or they're skimping on labour, which is also pretty problematic."

Having an iPhone repaired by a third-party shop will void most existing Apple warranties, because Apple doesn't support the use of independent shops for repairs on any of its devices.

That said, some shops offer warranties of their own.

Kyle Jagassar, owner of Matrix Mobile repair shops in Winnipeg, guarantees his company's parts and service with a limited lifetime warranty. The 18-year-old (he opened his first Matrix location at age 16) says he went to great efforts to find the best parts supplier for that reason.

"It's a bit more than what our competitors pay for parts but it's going to be worth it," he says. "You can probably get your phone fixed for a lot cheaper in the mall or something, but you're not going to have the best parts and that quality control."

Darren Lindwall, owner of BK iPhone Repairs in Vancouver, builds customer confidence by doing repairs in front of the customer, so they can see what he is doing. Mr. Lindwall has been in business for seven years and says he competes with Apple by offering fast service and a wide range of repairs.

"I can fix certain things that aren't recognized according to Apple, such as fixing a WiFi antenna in an iPhone 6," he says.

"I've had phones dropped off rollercoasters that I've fixed."

Most of the time, it will be cheaper to get an out-of-warranty iPhone repaired with an independent shop than Apple, but not when a new iPhone is released.

Since there aren't many iPhone 7 parts and tools on the market yet, independent shops have to pay a premium for them. For that reason, both Matrix and BK charge about $275 for an iPhone 7 screen replacement compared to Apple's $169 out-of-warranty cost.

One potentially major difference between repair options is that Apple erases iPhone data before repairing them, whereas independent shops do not have to.

Wiping the data means taking the phone back to its out-of-the-box state. That protects customers from potential data breaches, but it could also mean losing all the photos, apps and phone numbers that haven't been recently backed up.

Orchard's Mr. Sebastian says customers should take steps to protect themselves, if they can. "Obviously the best practice would certainly be backing up your [iPhone] at home and wiping your phone before you bring it in."

Mr. Sebastian says he's been in shops where they've asked for the customer's screen-unlock password so they can check the phone after it's been fixed, to make sure it works.

Mr. Jagassar says technicians at Matrix will never ask a customer for a pass code.

"We always do start-up checks in front of our customers and they enter the pin in so we can do a system check to ensure the repair went smoothly."

He says customers can erase their data ahead of time if they want to, but it's not necessary because Matrix guarantees data safety. He says his technicians' backgrounds are checked before they are hired and his tech lab is under 24-hour surveillance.

The bottom line, according to Mr. Sebastian, is that the more professional the shop is, the more it can be trusted in all aspects of repair. 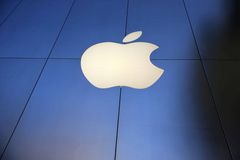