If you are one of those people who gets out of bed every morning to make a difference, your commitment to entrepreneurship is alive and well. And if your energy is rooted in audacity, you're ahead of the game. Some may consider audacity to be a negative concept associated with attitude or edge, but it's your willingness to challenge assumptions and conventions that will catalyze innovation and business success. As entrepreneurs, if we don't have the audacity to believe in ourselves and our ideas, who will do it for us?

Two of the biggest barriers that we face in bringing new ideas to the world are the naysayers who assert: "That'll never work, because…," and the faint-hearted friends who say: "You have a family to feed, your dreams will have to wait."

But recently I heard a new declaration and it will stay with me for a long time.

First, you might remember that in a previous column, I encouraged entrepreneurs to attack their sluggish markets by attending more industry events, dinners and trade shows – to get out of the office to find new ideas and fresh prospects. I even set a personal goal of attending 50-per-cent more events this year.

Well, sitting at a recent event, I heard the story of a former entrepreneur who quit to become a manager at a large company.

Why did he make such a drastic change? His answer, "Why bother being an entrepreneur when you can work in 'the middle' of a big company where it's okay to be JUST OKAY?"

Wow! I finally understood the meaning of the "frozen middle." It's a term often used to describe the thickest part of an organization, the forbidding wasteland where ideas go to die. Great new notions may trickle down from the top of the organization, or begin at the bottom and percolate up, but in urban business mythology, they all die in the frozen middle.

Never having worked for a multinational, I assumed the frozen middle was no more real than the Land of Oz. I mean, who would ever want a huge part of their organization to be "just OKAY"? Back when I owned a manufacturing firm, we received a large order from a major retailer. A few friends warned me, "They are going to be very demanding, and your company is going to have to be exceptional to work with them." I shrugged my shoulders and replied, "I don't want to own a company that is anything less than exceptional. So I see this as an opportunity to ensure that we are nothing less."

To be clear, the frozen middle is not the fault of the middle managers, it is systemic. To quote a 2005 article from the Harvard Business Review, "the problem is the inability of the company's middle-management team to carry it out." Ironically, the article is entitled "Middle Management Excellence." In it, author and consultant Jonathan Byrnes argues that the most important thing a CEO can do to maximize company performance is to build the capabilities of the middle-management team.

Great middle managers are on their way to leadership positions. They take the longer view by embracing proactivity and innovation, because they know that both the future of their company and their own future prospects depend on it. But they are hindered by archaic processes and institutional roadblocks.

For large companies that know in their hearts that their vast middle needs a defrost, it's time for an industrial-grade heater. To create and maintain market leadership today requires a red-hot culture shift: openness to new ideas, incentives to perform and a culture of innovation that drives ideas to market. Make innovation a part of your performance reviews. Let everyone know that new ideas are the heart of your corporate culture. If middle managers see how important innovation is to the company's leadership, they will begin to understand that the status quo is no longer worth defending. If you want intrapreneurs heating up your bottom line, you have to recognize and reward audacious behaviour.

There's great news in this for fellow entrepreneurs. Bigger firms' inability to pivot and develop new products and opportunities provide us the open door to break through and disturb the status quo.

Bottom line: You never know which innovation will prove to be a winner – but the act of innovation is always right. Entrepreneur or corporate behemoth, it's never okay to be "just okay." 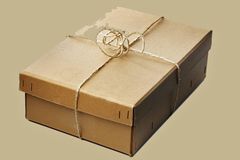 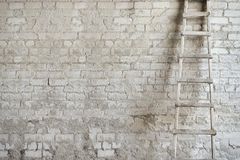 Putting people into a room together doesn't make them a team
February 1, 2016