Last summer, Pulp & Press Juice Co., a small raw-juice company in London, Ont., hit up its social media followers with a request: Send in recipes with product names and the best one would eventually hit store shelves.

Soon, John Parlow, company co-founder and vice-president of marketing and sales, found himself wading through a stack of juicy concoctions looking for the perfect blend of delightful taste and accessible ingredients.

Pulp & Press, which launched in 2014 and now sells its products in at least 80 locations from Ontario to British Columbia, slashed the entries down to 10 and customers voted online to choose the best three to taste-test in the London store.

The top juice? It went to a blend called Happy Belly, a concoction of aloe vera juice, ginger, cucumber, celery, Granny Smith apple and melon. In other words, healthy stuff.

Not only did the contest land the company a new product, customers were willing to offer themselves as guinea pigs by voting on names online and testing the juice itself. Free – or at least close to free. The winner received a free shirt and 10 bottles of juice. "There was essentially no cost to us whatsoever," says Mr. Parlow.

His contest is just one example of the ingenuity small businesses must harness when it comes to market testing. While large corporations have the funds and resources to fully gauge the viability of a product or service before a national, or even international, roll-out, small companies are looking for innovative ways to garner customer opinions without bankrupting their business in the process. But it's a challenge.

And it's one that Cathy Siskind-Kelly, co-founder of Black Fly Beverage Co., which sells blended-spirits beverages, says her business has contended with since launching 10 years ago. After becoming the first company in Ontario to be granted a distillery licence in 100 years, the London, Ont., company has tested all sorts of ways to take advantage of the "try before they buy" approach to testing – before, during and even after a launch.

"Small companies like Black Fly do not have the option of doing product testing ahead of coming to market like Coca-Cola does. We simply don't have the same financial resources," she says. "That said, sometimes those challenges breed creativity."

Finding the right market to test in is a start. It's no coincidence that both of these beverage companies have set up shop and test product in London, considered a prime proving ground for new products and markets in Canada.

Over the years, big companies have tested everything from debit cards to teabags in the Goldilocks city of 450,000 people. (Think not too big, not too small.) McDonalds introduced the Chicken McNugget there in 1983. And if you're just loving Tim Hortons' new dark roast? You've got those London residents to thank.

"We're between Detroit and Toronto, so there's a larger market influence, but this city is still very much a small town," says Mr. Parlow.

Bland is beautiful? Not exactly. Test cities like Columbus, Ohio, Edmonton and Barrie, Ont., have populations that are less than one million. They also tend to be representative of national cultural demographics (about 20 per cent are born internationally) and offer a variety of ages and socioeconomic backgrounds. White collars rub shoulders with blue.

"If you look at the employment pie-chart for London, there's a healthy mix across major industry sectors such as manufacturing, education services, health care, technology and finance," says Kapil Lakhotia, president and chief executive officer of London Economic Development Corp. "That makes it interesting to test new products and technologies here."

London is the perfect place to try out organic, cold pressed juice recipes for Pulp & Press, explains Mr. Parlow, because the blends' tastes reflect the people in the city, and ultimately across the country.

"Our recipes are designed for the masses so we rely heavily on our customers to tell us what they like and what they don't like," he says. In other words, some contain hemp protein and spirulina, but most don't.

In many cases, however, small companies might not even need to test in an actual, physical location any more.

"The best place to test market your product in the 21st century is online," maintains Niraj Dawar, a marketing professor at the University of Western Ontario's Ivey Business School, also in London, Ont.

He explains that not only is online testing less expensive than doing it in person, but it's easier to target different people in different market segments and see which ideas, products and services fly.

No one can test a vodka drink or juice over the computer, but for other products it's a no-brainer, adds Chantel Chapman, an entrepreneurship expert and founder of Holler For Your Dollar, a financial literacy firm in Vancouver. She believes in using the "lean startup model," in which new businesses throw together a beta product, show it online, get feedback from customers and then decide whether to launch the real thing.

One entrepreneur she knows, a graphic designer, launched a set of art prints that way by showcasing them online through Instagram and other social media channels. She didn't physically print one until preorders started rolling in.

Another option is to test the waters by creating a Web or Facebook page and asking people to sign up for a newsletter. Then count the clicks, Ms. Chapman says.

"If you have a tonne of people clicking and signing up, you know you're on to something," she says.

Even the largest companies in the world have been known to offer products that belly-flop, even after intense product testing. Remember New Coke? Small businesses certainly aren't immune to the odd stumble either. That's why it's important to take your time and keep your ears and eyes open when testers give the thumbs up or down.

This is a lesson Ms. Siskind-Kelly has had to learn as people have sipped their way through red, green and purple refreshments over the years. The most random thing can throw the results.

"You can't allow tasters to be influenced by one another," she says. "If someone says, 'I really taste pineapple,' suddenly everybody who is within earshot can taste the pineapple." 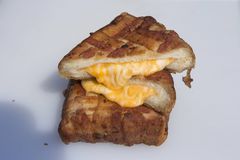