As more employees bring their own electronic devices to work, they need them to interact smoothly with other technology in the office.

In fact, getting that right could affect employee productivity and satisfaction. Younger workers "actually are making decisions about where they're going to work" based on this, says Gary Isaacs, vice-president of mid-market and small business at networking vendor Cisco Canada Co. in Toronto.

And it matters to visitors as well. Customers want access to your system too, Mr. Isaacs says. Whether it's a car dealership's customer using a tablet in the waiting room or a supplier making a presentation or printing a quote, how your workplace gets along with their mobile devices makes an impression.

So what does it take?

Start with networks. Many smartphones and tablets work with the WiFi wireless networking standard. Using WiFi where available not only improves Web browser performance but takes a load off the cellular data plan. And, once on an office WiFi network, mobile devices can communicate more easily with other devices in the office.

Easy logons help, too. To that end several vendors offer identity services devices that recognize mobile devices as they connect, determining what kind of devices they are and whether they belong to someone the network knows. They can then receive access to data and applications depending on who owns the device.

No matter how much people use electronic gadgets, we still want to print documents. Being able to do this easily is another hallmark of a mobile-friendly office.

If mobile devices can connect via WiFi, then they can print to printers that are also connected to the office network. However, sending a document to a specific printer usually requires driver software for that particular model installed on the device from which you're printing. That's a nuisance for employees and probably a deal-breaker for occasional visitors.

Ricoh Canada Inc., based in Mississauga, Ont., sells a line of HotSpot printers that accept documents sent as e-mail attachments. If a mobile device has an Internet connection and can send e-mail, it can transmit a document to a HotSpot printer. The sender gets back a six-digit code, which must be keyed into the printer to start the print job. Some HotSpot printers are set up as commercial pay-per-use printers, says Gary Wahl, product manager for mobile printing at Ricoh Canada, while others are used in offices. Sales people who spend most of their time outside the office, say, can print a report quickly from a mobile device without logging into the corporate network.

Hewlett-Packard (Canada) Co. has a similar offering called ePrint. Send a document as an e-mail attachment to any ePrint printer, and it will be printed immediately. Companies can set up their ePrint printers to receive from anyone who has the printer's e-mail address, says Patrick Harrison, director of HP Canada's value-added reseller channels business, or create closed networks so only those authorized can use them.

Tablets, and to some extent smartphones, are starting to be taken seriously as tools for making presentations. Many mobile devices have connectors allowing them to be plugged into standard projectors. Some projectors – among them models from Ricoh and Epson Canada Ltd. – can also connect to networks, allowing mobile devices to communicate with them wirelessly.

Ricoh also sells a compact "ultra short throw" projector that can show a 1.5-metre-diagonal image from only a few inches away, is the size of a small lunchbox and connects to mobile devices, says George Wilkinson, director of product marketing at Ricoh Canada.

An emerging class of "pico projectors" are pocket-sized units meant mainly for mobile use, though they produce smaller, less intense images than bigger projectors.

One big way to make a workplace friendly to mobile devices is to help employees and visitors with whatever problems they have. That's not always easy – one reason businesses have limited workers to particular devices was that technical staff could then focus on supporting one or a few devices rather than many.

Few small businesses can offer comprehensive support for every mobile device employees bring in. What they may be able to do, says Mr. Morochove, is help employees use their own devices with corporate systems, while letting employees rely on their mobile carriers for help with non-work-related functions. 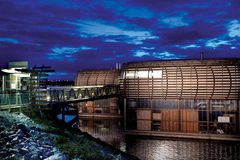 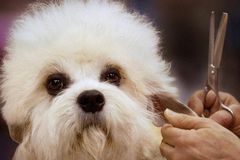 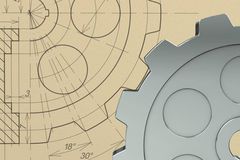 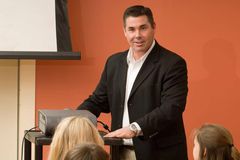 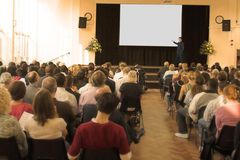