Mr. Morrow checked in with his account representative in December and received an automatic e-mail reply that told him to contact Canada Boy's chief operating officer, Dean Reid. So he did, and found things were not going well: Canada Boy was restructuring, Mr. Reid told him, with production delays of at least a month and employees laid off until January or later.

All We've Got Records is a small, do-it-yourself label, and Mr. Morrow says $1,300 makes a big difference. The company is one of five Canada Boy clients that told The Globe and Mail they have lost deposits, master pressing plates or both this year. Mr. Reid says more than 60 clients had projects in the queue.

Vinyl records are a shining light in the otherwise dim recorded-music industry – a tangible, surprisingly growing way to consume music that is fuelling new record-pressing companies around the world. Canada Boy opened in 2015 and was widely touted as a made-at-home chance to jump aboard the zeitgeist. But it is on the verge of shutting down for good, with many people wondering if they will get their money back.

Interviews with Mr. Reid and more than a dozen clients, stakeholders, associates and industry observers reveal a company that seized a promising global opportunity but struggled with day-to-day operations and controlling costs. Aging and unreliable presses forced it to burn through capital and caused orders to back up, leaving stakeholders and clients empty-handed – including a seven-figure investor and independent musicians hoping vinyl would help offset recorded music's otherwise scarce revenues.

It has put Mr. Reid – often described as friendly, passionate and fiercely dedicated to helping the music community – in a deeply awkward position. "We were trying to learn our trade, and also train people on this thing we were trying to learn about ourselves," he says. "That was an extremely challenging situation."

Mr. Reid, who previously worked in construction, met entrepreneur Patrick Jakubec a few years ago, when he needed some work done around his house. A little while after that, Mr. Reid approached him with the idea for Canada Boy.

They discussed a business plan, and Mr. Jakubec says he was initially asked for a "modest" investment of $500,000. He and Mr. Reid would be the two biggest investors: Mr. Jakubec at 60 per cent, Mr. Reid at 35 per cent.

Assembling a pressing plant was a complex task. There were boilers, hydraulic systems, air compressors and vacuum pumps to get working, on top of buying three used presses and tuning them up.

Mr. Jakubec, who became the company's president, said his investment quadrupled by the time the plant opened in September, 2015.

After a few months of negative cash flow, the plant went positive by early summer 2016. But by then, things were literally falling apart.

Until recently, no one had manufactured new vinyl presses for decades, leaving entrepreneurs like Mr. Reid to work with ancient, used machines that require constant maintenance. Canada Boy's had been acting up since April, 2016. "A lot of people think that the record-pressing machine is this thing you plug into the wall like a vacuum cleaner and it starts making records," Mr. Reid says. "This thing is just like a freight train. It's totally live."

Machine problems were joined by growing overhead costs. Mr. Jakubec and Mr. Reid agree Canada Boy was over-staffed, although Mr. Reid says it was necessary to wrangle the misbehaving presses. But orders slumped by mid-2016, in part because bands often spend summers touring to promote their new records. But around the same time, the company also changed marketing staff, and began getting mixed reviews in Canadian music circles for its customer service.

By last August, with costs long out of line with sales, "I couldn't justify putting any more money into it," Mr. Jakubec says. According to financial statements from Mr. Jakubec's management company, he had sunk more than $2-million into the company.

With Mr. Jakubec refusing to invest further, Canada Boy had limited runway. By October, Mr. Jakubec says, it "was going to be a sinking ship" without help. Efforts to entice new investors fell flat.

By November, the firm could not pay the rent on its plant. In mid-December, all employees were laid off, and landlord Ian Lawson terminated the lease and locked the doors, saying he was owed $66,000. "If you can't pay your rent, I suspect there may be other people who didn't get paid, too," Mr. Lawson says.

That would include Mr. Jakubec, who does not expect to get his investment back. "That's a loss," he says. A $300,000 deal with a Toronto company to buy brand-new presses that could have solved the company's woes also fell through.

Canada Boy is at a standstill, its equipment locked up. Mr. Jakubec has a security agreement on the equipment; unless a new investor miraculously steps up, he says the only course of action will be to liquidate.

As frustrating as the ordeal has been, the plant is still fully set up. Mr. Reid would very much like to get back to pressing records. "Since the beginning of January, I've been sitting on the sideline," he says.

Since he found out about Canada Boy's troubles, Mr. Morrow from All We've Got Records opened a charge-back case with his credit card company and got his deposit back. He took his business to Precision Record Pressing in Burlington, Ont., and expects his records to be ready this month – only three months later than he had hoped.

"It seems like there's a lot of artists and smaller independent folks caught up in this as well," Mr. Morrow says. "Fingers crossed it works out well." 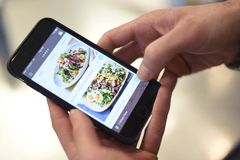