How should you navigate the shoals of rapid growth?

The business went from zero to $120-million in sales in just two years. Such rapid growth is hard to manage, and many firms don't survive it.

Getting the right employees and enough funding to fuel the growth can be issues. It can also be difficult for management to avoid a sense of infallibility. When a company is doing so well, the firm's managers often begin to think they can do no wrong, and this can lead to missteps.

Mr. Shtern and his co-founder, Robert Gold, started Beyond The Rack in February, 2009. They had two employees and a dream of creating a new market.

"Beyond The Rack is a win-win for both consumers and designer brands," Mr. Shtern says. "Consumers can buy designer merchandise, at prices up to 70 per cent off, during online sales events that typically last 48 hours. Brands have an efficient and effective means of selling end-of-line and end-of season items without lowering their brand equity."

Mr. Shtern and Mr. Gold are a textbook example of an ideal founding team. They had previously owned and operated an import distribution business together. Not only did they know the competitive landscape of the industry, they also trusted each other's skills and integrity.

Their operation is complex. In two years, they have gained 3.2 million consumer members and 2,000 brand vendors, who can be located in Canada and the United States. They ship 4,000 packages a day and have offices and fulfilment centres in Montreal and New York.

Since there was no canned software available to run their business model, they had to build their own. The software is continually being refined to keep up with the pace of growth.

Rapid-growth businesses often face a cultural clash between the old-timers – employees who have worked in the company from its earliest days – and the newcomers, employees brought in as the company has grown. These newbies are often senior talent with the experience to manage growth, and they can be resented by those who have been there longer.

Mr. Shtern recognized that potential problem but believes it is mitigated by the company's fast-paced culture. "A month here is like a year in most businesses," he says. "People who thrive in a structured, predictable work environment may not fit in. Everyone has to earn their stripes. Everyone has to make an impact."

Because of this fast pace, there are opportunities for everyone to make an impact.

As well, newcomers are integrated quickly. The office and fulfilment centre are in the same building, so employees get to know each other quickly. Besides, everyone in the company – no matter how senior – spends time picking and packing orders each month. Mr. Shtern believes this helps people connect with what the business is really about.

As for financing, rapid-growth firms typically burn through a lot of cash, and it's not uncommon for the business to flounder while management is distracted by the need to raise funds.

At Beyond The Rack, this risk is mitigated by the founders' close partnership. "I may be on the road raising funds for two months, but I'm not worried about the business because I have confidence that Robert is doing a great job of running it," Mr. Shtern says.

With their success, how do they avoid a sense of infallibility? Mr. Shtern laughs.

"We fail all the time. We believe that if you're not failing, you're not trying hard enough."

For example, the company sells in 12 product categories now, but has tried 20 or more. Some didn't work out because the margins weren't high enough, the items were too hard to ship efficiently, or there just wasn't enough consumer demand.

It's also tried hundreds of marketing channels and retains the ones that work best. It's laid out its shipping line more than a dozen times. Each time, the company tries something – even if it fails – it learns a little more about its business and what helps, and hurts, it.

Beyond The Rack's tactics for avoiding the pitfalls of rapid growth seem to be working. It's been able to raise more than $17-million in investment capital and its sales are more than quadrupling each year.

And, rare among rapid-growth firms, it's going to be profitable in its second year of operation.

"It's been a real ride," Mr. Shtern says. "Every day is a new learning curve when you're growing this fast." 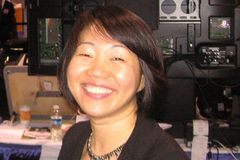 Can group dynamics kill innovation?
May 1, 2018 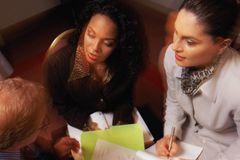 Rypple sees payoff of feedback
April 29, 2018
Follow us on Twitter @globesmallbiz Opens in a new window
Report an error Editorial code of conduct