In less than two weeks, U.S. President Donald Trump has enacted a series of executive orders that have led to sweeping changes and far-reaching implications for the people of the United States, and around the world.

The latest White House announcement, effectively barring people from seven predominantly Muslim countries from entering the U.S., has forced many brands to draw an unprecedented public line in the sand.

Historically, most major brands have avoided taking overtly political stands on government issues, so as not to upset a swath of the electorate and jeopardize the bottom line.

Lawrence Martin: Trudeau will pay the price if he wavers on Trump

However, the speed of the global effect these edicts have come to has sparked an unprecedented and uncensored urgency from the most powerful brands in the United States and around the world to voice their opposition to the new President and his policies.

Indeed, we may be seeing the beginning of a new era of activist marketing unlike anything we have seen before. An era where anything less than opposition is seen as acquiescing to division and discrimination.

While once a tried-and-true guideline, many brands are learning that neutrality in this new political climate creates the risk of ending up on the wrong side of history. It's clear that for some brands, silence is now proving to be a liability.

Brands used the fall-out after the immigration and refugee Executive Order to publicly knock President Trump, others sent luke-warm internal assurances to employees, and some modelled the positive yield of standing against hatred.

The more that each corporate citizen expresses its unity with the wider community, the less controversial this position becomes. Brands affect what we wear, what we drive, what we consume. Brand power can influence global change in core behaviours.

That expression can be as simple as a CEO statement of solidarity, stated early and intended to define shared values. It can also be as bold as creative strategy, like the surprising turn from Air Mexico in counter to Mr. Trump's threat to build a border wall. "Separation? Limits? I've seen as many as mankind has been able to create," the airline voice-over reads. "Invisible borders. Human ones. Between those who make decisions and those who abide by them."

Sure, it could be risky for businesses to speak out given Mr. Trump's penchant for Twitter tirades that have the potential to move stocks, but brands should be emboldened to put the rights of their customers and employees first. If you don't stand for them, who do you stand for?

In fact, failing to put a stake in the ground on important issues, thus appearing to support unpopular policies, can have immediate bottom-line ramifications.

Uber, the U.S. ride-sharing company, has recently found itself at the centre of policy and economic debate. The most recent uproar was sparked by its ties to the Trump administration, with CEO Travis Kalanick sitting on President Trump's business advisory council.

As anti-Trump protesters gathered at New York's JFK airport over the weekend, Uber stood accused of taking advantage of the in-solidarity taxi strike.

This caused many users to rethink their relationship with the ride-hailing app. A grassroots campaign urging users to #deleteUber spread quickly over the weekend causing Lyft, its San Francisco-based rival, to lead downloads for the first time. Mr. Kalanick later promised the company would create a new legal defence fund to help Uber drivers stranded overseas as a result of the travel ban, but the chain of events is a case study in too little, too late.

For years, I have advised brands to be selective and thoughtful about the issues they support and the positions they take publicly. But now is not the time for neutrality.

I have historically been relatively apolitical in this column, but this is not a partisan-issue. This is not right vs. left. This is right vs. wrong. The annals of history will note our actions today, and the Internet never forgets. 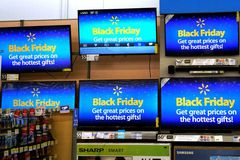