Want to find a Thai restaurant in a strange town? Pull out your smartphone. Need a weather forecast, a business document from the office, or a movie to watch in the departure lounge? Modern smartphones can provide it all – but at a price.

Mobile phone contracts allowing unlimited data traffic are rare, and the latest phones are encouraging us to use more and more data. The result is often extra charges on bills.

But you can do something about that.

Onavo Extend is a free app for iPhone and Android smartphones, from Onavo Mobile Ltd. of Israel. It reduces the amount of data you receive by routing all of it through Onavo's servers, where data en route to your device is compressed. The app you download to your smartphone decompresses the data. The app can also compress some large uploads, such as photos.

Your overall data traffic can end up being as much as five times smaller, says Guy Rosen, Onavo's co-founder and chief executive. The results vary with the type of data, he says, but users will see two to five times less traffic on their mobile bills.

Traffic through Onavo's servers is secure, he says. The company doesn't track users or the data they send, and sensitive data such as passwords are normally encrypted and remain so when passing through the system.

Onavo's trick is similar to something Research In Motion Ltd. has been doing for BlackBerry users for years. RIM also routes e-mail, messaging, social networking and Web traffic through its own servers to compress it.

Onavo Extend also tracks your data and offers a stripped-down version called Onavo Count that does only the measurement and not the data compression, for Android only.

You can't manage what you can't measure, however, and other apps can help out here.

My Data Manager is a free app for Apple and Android mobiles, from Vancouver-based Mobidia Technology Inc. You can download it from www.mobidia.com and it will provide you with a graph showing your data usage. You can program your billing period into the app and create alerts to warn you when you've used a set percentage of your limit, says Chris Hill, the company's vice-president of marketing.

It also provides separate tracking and alerts for roaming usage, a common cause of bill shock. The Android version can shut down data when you reach your monthly limit or a threshold of your choice.

Another such app for Android phones, 3G Watchdog Pro, can track usage by day, week, month or billing period, It also alerts you when you're about to reach your limit, and shows you which apps are responsible for the usage. It costs $2.95, and is available here. There's also a slightly less powerful free version.

Traffic Monitor, a free app from RadioOpt GmBH, can track cellular and Wi-Fi traffic, as well as roaming rates, text messages and calls, on BlackBerrys, iPhones and Android devices. It's available from their respective app stores.

Apps are all very well, but to cut your mobile bill you must actually use less data. There are a number of things you can do, and you don't even need apps to do them.

If you have one of the many smartphones that can send and receive data over Wi-Fi wireless networks as well as the cellular network, use Wi-Fi whenever possible. If you have a home wireless network, why use up your data plan while at home? Ditto at work – and it's worth looking for Wi-Fi connections in other places you frequent.

With the latest Apple software, iOS 5, he says you can save by adjusting operating system settings so certain data-hungry features are active only when the phone has a Wi-Fi connection.

Android phones can also be set to download new app updates automatically – which can be a problem. "You probably don't want to do a global update of all your apps when you're roaming, or even when you're on a cellular network," Mr. Hill warns.

He also suggests watching out for apps that download new content automatically. Some newspaper and podcasting apps do this, for instance transferring a megabyte or more of news content at midnight every night. Those who don't really need the daily updates may want to disable this, or at least turn it off when travelling.

Backups, while a good idea, can also be data hogs. Most smartphones can back up data via cellular or Wi-Fi connection. Schedule regular backups for a time when your phone will have Wi-Fi coverage. It may also make sense to reduce the frequency of backups, and perhaps dispense with them altogether while roaming.

Of course, while you're tweaking mobile apps to reduce data usage, don't forget that tweaking your own behaviour could help, too. Smartphones offer lots of ways to amuse ourselves when we have a little downtime, but if you're browsing the Web or checking Facebook on a cellular connection, the data meter is running. 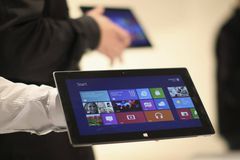 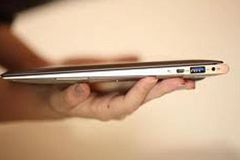 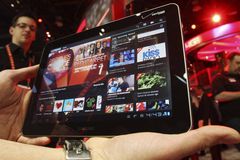 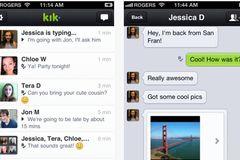 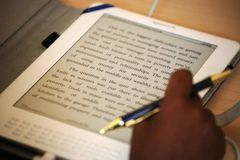 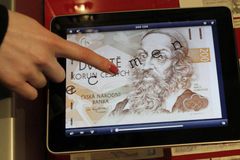