If you want to know more about Alberta's oil sands, whether you like them or not, Arlene Strom says you should visit OSQAR.

OSQAR, short for Oil Sands Question and Response, is the key social media vehicle for Suncor Energy Inc., the largest player in the oil sands.

"Our whole objective with OSQAR is to provide a conversation that is transparent and includes points that we disagree with," says Ms. Strom, Suncor's vice-president of sustainability and communications.

Welcome to the new world of corporate reputation management – a game of three-dimensional chess compared with the old media days five or 10 years ago.

Today, companies such as Suncor and industries such as the oil sands have to work harder than ever to protect themselves and publicize their activities, and they have to do it via social media.

There's little choice, as public discourse migrates more and more toward blogs, tweets, posts, pictures, videos and whatever new app or aggregator can reach out further and faster.

"It's a fairly new area for us in the scheme of communications," Ms. Strom acknowledges. "We're listening to the conversations, summarizing, trying to understand what our key stakeholders are saying, and determining which of those conversations people want to participate in with us."

Ms. Strom says OSQAR, written and managed by four members of the company's corporate communications team, attracts a wide range of comments, not necessarily from lovers of the oil sands or the industry.

"We're willing to engage with our critics," Ms. Strom says. "We think a conversation is meaningful when it has different points of view, as long as the conversation is constructive and respectful."

The conversation on OSQAR is vigorous and long, perhaps more than a casual visitor might be willing to read. Because it's moderated by the company, there is next to no chance of a disgruntled employee teeing off on corporate policy. This also means that, by Internet standards, OSQAR's conversation is polite.

For example, recent blog entries about the controversial visit to the oil sands by actress Daryl Hannah, who opposes pipelines, and rock star Neil Young, who compared the area to Hiroshima, drew a balanced entry in early September from Tim Moen, a local cameraman who was hired by the pair to shoot footage from a helicopter.

Mr. Moen said he respected the stars and found them likeable, and he admitted he was a fan of both. But he took umbrage at their anti-oil sands message: "I was obviously concerned that this production was going to present an unfair portrait of my community so I wanted to make sure that I was able to provide them with options that presented a more balanced view of the community and the industry."

Most of the comments that followed also took exception to Ms. Hannah's and Mr. Young's viewpoint. It took a lot of scrolling to find a brief comment that criticized the oil sands: "… A colleague of mine travelled to Fort McMurray recently ... and all he could say was it smelled like oil and was muddy ."

But this oversight can also turn off some readers.

Environmentalist Ken Ogilvie, who sometimes advises oil sands companies on sustainability, says, "I find that that the material posted by the company is a little too PR-ish for me. I would rather just have straight goods."

In his view, "Suncor is one of the better companies [in the oil sands]. Nevertheless, if the blog is even mildly PR-ish, I don't really feel like commenting."

Online reputation management is a particular dilemma for high-profile, controversial industries such as the oil sands, says Paul Varella, an associate professor of management at Mount Royal University in Calgary.

"It's a difficult conversation for them," he says, particularly now and in the coming year.

The scrutiny and the criticism might increase in 2014, as political decisions on the pipelines come due. Dr. Varella is soon to publish new research on attitudes about the oil sands in the Journal of Business Ethics (along with Mount Royal colleague David French and the University of Alberta's David Deephouse).

Their research shows how deep the challenge for online reputation management will likely be. It indicates that the public doesn't differentiate between Suncor, Syncrude, Shell or any other companies in the oil sands.

"They're in this together. I don't know if it makes sense for a company to go it alone. They do all this work to develop an online presence and then we see pictures of polluted rivers, regardless of what they do," Dr. Varella says.

The lesson is not lost on the sector's umbrella group, the Canadian Association of Petroleum Producers (CAPP). "Our social media team members are really boots on the ground," says CAPP spokesperson Geraldine Anderson. "For 2014, we're in the midst of planning. We are always looking for new channels to engage on, where we think people want to hear from us and we can add to the conversation."

No one expects it to be easy. The corporate world is littered with highly publicized social media missteps, almost each time yielding a new lesson.

For example there was the "United breaks guitars" YouTube video in 2009, created by a musician claiming his guitar was broken during a trip with the airline. Lesson: Respond to your customers' complaints before they produce a devastating YouTube video that attracts more than 13 million viewers.

There was also the blow-back experienced by McDonald's Corp. in the United States in January of 2012, when it paid Twitter for the hashtag #McDstories, and negative stories began trending.

There's also the ever-present danger of a company being hacked or having its online presence corrupted. More than a decade ago, for at least a day Suncor's website was taken over by a fake "Suncore" site, which directed browsers to pictures of environmental atrocities.

For all the challenges, both Suncor and CAPP say they are committed to being active in social media and online.

"They have to. They have no other option," Dr. Varella says.

Here is what experts had to say about Suncor, the oil sands and managing reputation through online and social media.

It sounds like Suncor's strategy has been "push" (in other words, putting out their own content). They could look into a "pull" strategy, using monitoring tools that look for mentions of Suncor on Twitter and blogs. There are tools that automatically scan for keywords and then provide the location of that conversation so companies can participate.

Social media demands fast responses and lots of content so it's important to have clear policies about what is appropriate and where content can be sourced. If there's a post about Suncor on the front page of Reddit then they'd probably want to respond but Suncor shouldn't become the online defender for the entire oil sands industry.

Context is king. Suncor should try to integrate their government relations, public relations and social media teams. A co-ordinated approach will ensure they focus their energies on areas that are beneficial to Suncor (rather than just engaging on every Suncor-related issue).

The oil sands debate is a heated one. There is always going to be a group that feels passionately opposed and another group that's supportive. The true battleground is for the hearts and minds of everyone in between.

The other challenge Suncor has is that they are not the only player in the oil sands game. They've delved into social media, which is fraught with risks, as it requires a readiness to hear opposing views. So far, they have used it wisely by creating a forum for winning people's minds with facts. They have a great blog talking about when Neil Young and Daryl Hannah visited the oil sands. They are also not afraid to laugh at themselves.

Expert commentary has been edited and condensed. 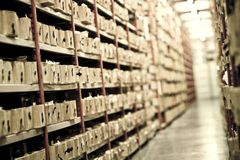 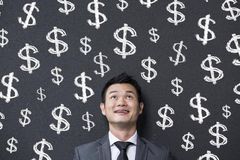 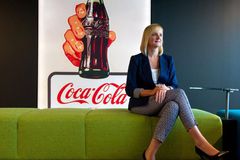