The sail-shaped towers of Halifax's Nova Centre will finally fill up with life next month. The sprawling, multiblock downtown office, hotel and convention-centre complex was designed as a metaphor – sails, clear icons of Nova Scotia's economic past, cast in glass on the skyline to guide its economic future.

Some of its neighbouring businesses, though, have given up on the future entirely. Since construction began in 2013, a coalition of local storefront owners have accused the Nova Centre development of cutting their annual revenues by about a third, losses that have so far prompted at least two to move to the city's North End and two more to sell their businesses altogether.

As the centre prepares for a December opening, almost two years behind schedule, those entrepreneurs have thrown in the towel in their attempt to be compensated for lost business.

Having sought a half-million dollars in lost income from the convention centre's government-affiliated backers earlier this year, the owners of Grafton Street restaurant The Wooden Monkey said last week that they'd be dropping their efforts.

It's the latest of many construction-related blows to Canadian small businesses, prompting the entrepreneur community to call on governments to offer simple, straightforward programs for construction mitigation.

The claim, filed in February, was to be a bellwether for other nearby businesses – if The Wooden Monkey could get compensation, so could everyone else – but the province's Utility and Review Board found that the city, province and convention-centre operator were not liable for the construction and, in turn, any damages.

Worried that their prospects would be lower upon appeal, The Wooden Monkey's owners and their fellow Halifax entrepreneurs became the latest casualties of massive government developments in a country with few, and complicated, protections for such circumstances. As the federal government prepares to launch the $35-billion Canada Infrastructure Bank, encouraging municipalities to take on more major building projects to stoke economic growth, the Nova Centre tale highlights how few avenues small businesses have to get compensation when megaprojects land next door.

Lawyer Ray Wagner, who represented the merchants in the claim, says the review board's finding further exposes "a gap in the legislation" that provides no compensation for businesses hurt by construction, especially given that the convention centre is funded by $169-million of public money. "Hopefully, this whole project … forces government to do what is right, and correct the legislative void," Mr. Wagner said.

The Canadian Federation of Independent Business has long tried to point out Canada's lack of construction mitigation funding. "To our knowledge, it's almost unheard of in Canada to compensate businesses when there are huge losses," says Simon Gaudreault, the CFIB's director of economic affairs.

The group has been monitoring these kinds of battles for years, often for transit-line construction. The clashes have shown up in Toronto (along St. Clair West and Eglinton avenues) Montreal (along St-Laurent Boulevard and Bishop Street), and around the Waterloo region's forthcoming light-rail network. In 2007, CFIB found that the first two years of Vancouver's TransLink Canada Line route construction saw businesses lose an average of $112,000.

The office of Bardish Chagger, the federal Small Business Minister, did not respond to requests for comment.

The chief reason the coalition of local merchants sought damages through the province's Utility and Review Board, as opposed to the courts, is because they had already been drained of financial resources and needed quick action. While that route could have allowed them to seek remuneration from the developer, they worried they couldn't afford or even survive a protracted court case.

"We didn't have years – we were nervous," says Lil MacPherson, co-owner of The Wooden Monkey, across the street from the Nova Centre. Like other local storefronts, it has has faced problems including road blockages, dust and reduced foot traffic. Rather than a lengthy appeal or a turn to the courts, Ms. MacPherson says, "we just decided it's exhausting."

Halifax has collected $735,662 in "encroachment fees" from the developer since construction began – fees that are standard in the city when construction interrupts local streets – and entrepreneurs, including Ms. MacPherson, believe they deserve a stake. A city spokesperson says the funds will go to community-improvement projects throughout the city so that everyone can benefit, not just immediate neighbours.

Hence the entrepreneurs' now-scuttled turn to legal recourse. But there is a history in Canada of that proving fruitless, too: in 2011, after a Vancouver business owner was awarded $600,000 from disruption because of Canada Line construction, the B.C. Court of Appeal overturned the decision.

That same year, more than 100 businesses on St. Clair Avenue West in Toronto filed a $100-million class-action lawsuit against the city and its transit system, only to be told that they should instead go through the Ontario Municipal Board, says Stephen Edell, the businesses' lawyer. To do so would have required seeking a claim through the province's Expropriation Act, which is a similar legal route to what the Halifax business coalition attempted.

In the St. Clair case, even though it was a government project, the OMB route would have been a "practical impossibility," Mr. Edell says.

"They didn't have the resources, the education [and], in many cases, the backup documentation that would be immediately necessary."

This is why the CFIB wants to see more transparent rules for construction mitigation across Canada. "It's a long shot when you choose to go with legal action," Mr. Gaudreault says.

"We should have a different approach – less confrontational, and more clear, that will set the rules of the game for everybody from the start."

He points to cities that do have construction-relief programs for local businesses, including Seattle and Minneapolis-St. Paul. And the Quebec government recently granted Montreal the power to compensate businesses affected by construction and infrastructure projects, which the CFIB hopes the city's next mayor will follow through on. Says Mr. Gaudreault: "If we had compensation programs, it would be much more straightforward for business and for municipalities to take those costs into account in the economic costs of a project." 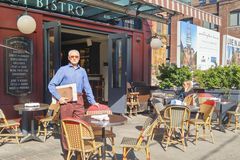 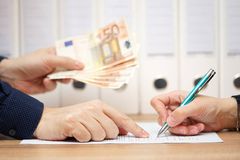 Look before leaping into expansion
October 26, 2017 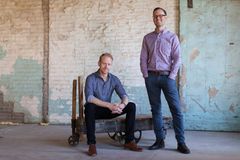