Ivor Tossell
Special to The Globe and Mail
Published September 5, 2011 Updated May 3, 2018

There are many ways to skin a contest.

Cheap to run and offering the prospect of reaching a huge potential audience, online contests are increasingly popular with social media-savvy small businesses.

But the wealth of options online can be as overwhelming as it is inspiring. If you're looking to use a contest to drum up business, where to begin?

Choose the right kind of contest

Not all contests are created equal. Some draw in lots of people but promise little engagement; others draw in fewer numbers but can create lasting bonds with those who do participate.

The lower the barriers to entry, the more people will participate in a contest.

The simplest and most accessible contests are simple sweepstakes, which can take forms as straightforward as "enter your e-mail to win."

In contests like these, the act of entering might hardly make an impression on the user, but the e-mails the marketers collect can be used to follow up down the line.

Photo contests are increasingly popular; they couple an engaging medium with a relatively undemanding entry process. (In many cases, entrants already have the materials they need on hand.)

Contests that involve written submissions – for instance, "why I like this product" essays, or naming competitions – move higher up the chain of user creativity. Video contests are typically the most demanding, requiring that entrants to put a public face to their desire to win.

But not all contests that tap users' creativity need to be taxing. Contests that ask for short-form creative entries can engage many users with minimal hassle.

Last year, a Toronto developer asked the public to name its new condo development, giving away a substantial cash prize and iPads to the top-voted submissions. With more than 3,000 entries and 100,000 votes cast, the developers walked away with a pile of media coverage – and thousands of interested e-mail addresses, ready to be presented with offers on a freshly named condo.

Not all contests need to appeal to the general public. They can also be used to drum up interest within a company, or even between businesses.

After Wayne Grund, a noted Saskatoon-based hairstylist, launched a new line of hairstyling products called Surface, his public relations firm launched a Facebook-based contest to raise its profile among professionals and salons.

The contest asked hairstylists to submit a photo of a hairstyle they'd created using no fewer than three Surface products. Sussing out hairstylists who had the products on hand and encouraging them to enter took some pro-active work.

"We were almost looking for a needle in the haystack, but we did it," says Caleb Edwards, a partner in GreenHouse Social Media, the Orlando, Fla.-based consultancy that ran the effort.

To find entrants, GreenHouse advertised on Facebook, filtering users by their listed interests, and ran ads on industry blogs and trade publications.

In the end, Mr. Edwards says an advertising outlay of $1,500 netted 60 entries, which translated into 7,000 votes from visitors, and between 35,000 and 40,000 visits to the Facebook page that hosted the contest. (Winners were flown to Orlando for an industry convention, and given a one-on-one session with Mr. Grund.)

In the context of a business-to-business promotion within an industry, it was an effective way to raise awareness.

"I'd encourage small biz to not be intimidated when thinking of doing a contest like this," says Mr. Edwards, noting that the outlay wasn't enormous.

"It's not about your ad budget, it's about engaging your audience."

Facebook is an increasingly popular platform for small businesses in general, and more and more contests are using it as a jumping-off point.

However, before you turn your business's Facebook page into a contest, keep in mind that Facebook has strict rules about running competitions on the site.

Significantly, you're not allowed to use any Facebook function as a tool for entering a contest – so you can't offer prizes to people simply for "liking" your page.

Also, merchants are forbidden from using Facebook to notify winners – that all has to be done externally, for instance, over e-mail.

You can, however, embed Facebook apps and third-party sites into your Facebook page that will handle these functions for you.

Other contest holders have used Twitter as a platform, sometimes asking users to rebroadcast a promotional message on the platform. The messages typically include a hashtag identifier, so they can be found using Twitter's search tool.

This makes for a simple, easy-to-enter contest – but it stands a good chance of irritating other users on the service, which could damage your brand.

There was a time when offering an iPad would whip the masses into a frenzy but those days, alas, are waning.

As with any promotion, it's better to offer rewards that highlight a business's distinguishing points.

If your business wants to demonstrate the variety of goods it sells, offer them as prizes. If your business specializes in customer service, offer one-on-one time as a reward.

Innovative prizes will garner attention in both social and traditional media.

Most of all, make sure the prize puts your best foot forward: Instilling the idea that your business' best products are worth competing for is worth a contest alone.

The series continues next Monday. Other stories can be found on the Web Strategy section of the Report on Small Business website.

Want to rope in customers? Run an online contest
May 3, 2018 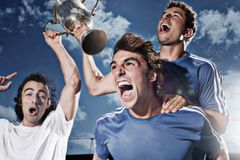 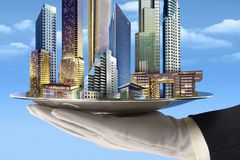 earlier
Addicted to contests? Student entrepreneur has a cure
April 30, 2018 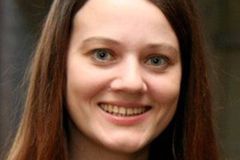 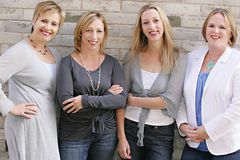