In late 2005, Patrick Heffron took up a new post as chief accountant for IBM Canada, a big change from his previous position as divisional chief financial officer. He succeeded a popular and effective executive, inheriting nine direct subordinates and responsibility for a team of 100 staff.

"I was moving from an operationally involved role to one that was more focused on financial reporting," he recalls. The challenge was to integrate his skills and experience with the unique learning requirements in the new role. "But I felt confident and secure that I was selected as the best person for the job."

Mr. Heffron took the opportunity to learn about the team from his predecessor: "Because he was still with the company, I was able to spend several hours over a few weeks debriefing him."

Even before the formal handover of responsibilities, Mr. Heffron met with his internal "customers" in the organization to get their take on the services they were receiving from his unit.

He also met individually with members of his new team, and had a weekly team meeting. "The first meetings focused on what had worked well and could be built on, and what could work better," he recalls.

Stepping into the shoes of a successful and well-liked manager can be a daunting challenge, especially if you come to the organization from outside, when you're likely to be seen as an unknown quantity and perhaps viewed with suspicion by the team.

Mr. Heffron benefited from relationships he had already established with most members of his new team during his 10 years at IBM.

But even successors who don't have that advantage can still start off on the right foot by following the best practices of managerial succession.

Carolyn Poole, principal of Poole Coaching in Calgary, cautions successors not to go into the new job thinking, "How will I ever live up to the outgoing manager?" Once you recognize that negative mindset, you can replace it with a positive one, such as: "I'm really fortunate to be managing a team that values effective leadership."

Daneal Charney, principal of Toronto-based Leadership Reframed, suggests you ask the outgoing manager or your new boss to give you a formal endorsement and explain why you were selected for the role. This can be done either in a memo or in a meeting with the team.

As the new manager, your first move should be to acknowledge the accomplishments of your predecessor. "Show that you respect their successes and want to build on them," recommends Professor Laurent Lapierre of the University of Ottawa's Telfer School of Management.

He warns against being in a hurry to put your own stamp on the job. "A desire to make one's mark is not a good motive to be a leader," he says. "You're there to serve the group." That starts with listening to team members, soliciting their views and asking about their aspirations.

It's important to be upfront about the objectives you hope to achieve, but you have to be realistic. If staff members complain of obstacles they face in doing their jobs, it's reasonable to offer your support in trying to remove those obstacles, "but don't make promises you can't keep," says Ms. Charney.

New managers should also avoid premature judgments on the performances of team members or making hasty decisions on important issues. Ms. Charney urges holding off on major changes for the first six months. "Get to know what has been working by doing a lot of fact-finding. Don't shut your office door. Walk around the office and positively recognize people's work. Go slow to go fast."

You should let your actions speak for you, and avoid tooting your own horn, she advises. "Don't say: 'I'm your new boss and I can make or break your career.' You get power through building trust and respect, not by having a title. To Gen Y employees, in particular, the title is unimportant, and invoking it will lose their engagement."

If you're younger than most of the team members, it's important to acknowledge their experience. If you're older than your subordinates, you have to be sensitive to their style. "Are you more formal and they're more casual?" asks Ms. Poole. "If you have [sufficient]emotional intelligence, you can modify yourself somewhat. You can cue into temperament, style and the way they communicate."

If you're being promoted to the position of manager from within the team itself, you have to redefine yourself. "Have a conversation with the team where you grieve together over the loss of the previous boss," suggests Professor Gervase Bushe of Simon Fraser University's Beedie School of Business.

Then ask the team members for permission to be a different person, by saying something like "you'll have to cut me some slack. I want you to help me be the best boss that I can be," Mr. Bushe says.

He cautions that sometimes tensions can arise due to the dynamics of the team and the situation. "Don't take things personally," he advises. "The situation may deteriorate despite your best efforts. Effective managers are able to separate themselves from the situation. It takes emotional maturity. You have to recognize that, to your team, you're simply the poster boy for people upstairs who screwed things up." 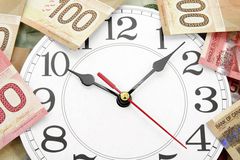 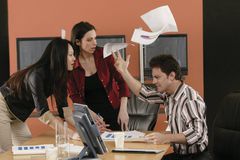 How to handle an employee with problem behaviour
November 17, 2011
Performance reviews are more than worth it
October 25, 2011 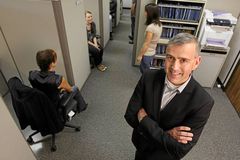 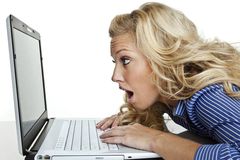 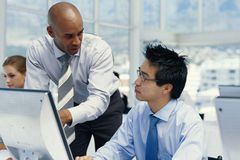 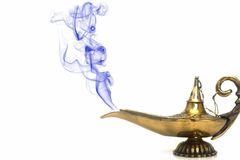