Last week, the National Hockey League announced its policy to regulate how players, coaches and other league stakeholders use social media.

The most talked-about element of the policy was the social media 'blackout' that will last from two hours before the game until post-game media interviews are completed.

NHL players will also have to be more wary of what they tweet. They will now be held accountable for what they say on social networks to a similar standard that they would be for any other public statement.

It seems a bit counter-intuitive to everything we hear about social media but, given the complexity of professional sports and speculation riding on a game, it has some merit.

In some ways, it is not dissimilar to the quiet period that companies must uphold around material financial announcements.

The policy is designed to prevent players from putting their teams at a disadvantage or trying to win an advantage with false information.

It also prevents people who are betting on the game from receiving any non-approved information that would contravene the rules of the league.

And from the standpoint of traditional media, it gives them the opportunity to get the story before being digitally scooped by Twitter.

While the concerns and opportunities are going to be different in a small business than they are in professional sports, what is important is being clear about your social media strategy and having guidelines for individuals within your company.

If nothing else, it is important to ensure your employees understand the importance of transparency and how, when and where they should be representing their personal views or those of the company.

A look at the details of the NHL's policy shows that it is stricter than other leagues. The National Football League mandates social media blackouts 90 minutes before kick-off, the National Basketball Association is 45 minutes before game time and Major League Baseball has the shortest time, at 30 minutes.

The strict policy might seem odd considering hockey is the smallest of the 'big four' North American sports, but the NHL has been able to use the extra time to watch the social media successes and failures of the other leagues.

Over the past year, hefty fines have been dealt out to athletes and franchise personnel who have ignored the policies.

Mark Cuban, owner of the NBA's Dallas Mavericks, and NFL player Chad Ochocinco were both fined $25,000 for tweeting in the social media 'blackout' period in their leagues.

For employees, doing the wrong thing may not result in a fine, but it may cost you your job.

A lack of a clear and well-communicated policy can lead to confusion for employees and can open a business up to unnecessary risk. The risk could be minor, such as a complaint about the workplace or a project, or major, as in the case of exposing unannounced plans or products.

What is important is that you understand it is your company's responsibility to provide all employees with social media guidelines and best practices within your industry.

The information is not hard to find.

Look to other companies in your peer group to learn how social media can be best leveraged to meet your business objectives, as well as to companies whose social media presence you admire for ideas to build your policy from.

It is also important to consult with the employees whom you expect to be most active in social media, as they will likely have insights that haven't occurred to you.

At the end of the day, the most important thing is to have a policy that meets your business needs and protects your interests, but also has room to grow as your business evolves and your company becomes more social. Consumers want passion and authenticity; so give it to them
September 1, 2011 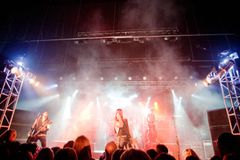 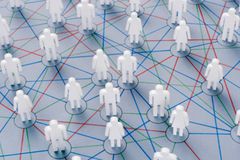