Small business owners have enough to do. That's why many of them don't take the time to properly document human resources procedures.

"Often they think it's too time consuming or they don't understand what they can get out of it," says Cissy Pau, principal consultant at Vancouver's Clear HR Consulting.

The costs of not properly documenting, particularly when it comes to building a case to fire an employee, can be sky high.

Keeping a written record does take some time, but it can make employers' jobs easier, says Ms. Pau: "It can keep them out of hot water."

"If an employer gets sued for wrongful dismissal, that's a huge cost for any small business," says Laura Frangella, consultant at Focused HR in Toronto.

Documenting acts as "an accountability tool," adds Ms. Pau. When it comes to firing an employee, the onus is on the employer to prove they gave the employee opportunity to meet their expectations.

"Without proper documentation, you can't prove anything," says Ms. Pau. What's more, the record of what actually happened becomes vague. "You end up relying on memory and, over time, memory fades," she says

Ms. Frangella recommends making notes as soon as you notice an employee is "not coming to work, making lots of mistakes, generally not engaged – those are all alarm bells and this is the time to start documenting."

Employers should also be documenting every conversation they have with the employee about problem behaviour – as well as keeping any written warnings in the employee's file.

Issuing a written warning is a form of documentation in itself, but it also conveys the severity of the situation to the employee, says Ms. Pau.

Documentation is critical when it comes to firings, but the need for it begins a lot sooner than that. Ms. Frangella says employers should start documenting at the recruitment stage because "if you have a candidate who comes back and says, 'You discriminated against me,' you have notes that show you asked all the candidates the same questions," she says.

Performance reviews also need to be documented. Conducting reviews can be overwhelming for small business owners, but Ms. Frangella says a simple one-page document that consistently tracks how employees have met goals in the past year – and what their goals are for the upcoming year – can suffice.

Ms. Pau adds that having a document to share with employees that summarizes their performance makes the information a lot easier to digest.

"A performance review typically includes job expectations: which ones the employee has done well at, which could use improvement and new goals for the next review period. That's a lot of information to convey and to grasp without seeing it written in an organized way," she says.

What else should go into an employee's file? Anything that shows the employer is compliant with legislation. "For example, vacation pay," says Ms. Pau. "You need to be sure you're documenting vacation so that if they leave, you know what you legally need to pay them." Same goes for overtime hours.

For employers who aren't interested in purchasing a human resources software program, Ms. Frangella recommends they simply put information in an e-mail and send it to themselves. "It makes it really easy, but there's still a date and a time around it."

Some small business owners find the idea of documentation too tedious, but Ms. Frangella emphasizes that starting early means a company is ready to implement better human resources procedures if the company grows. If it's overwhelming to document for four or five employees, "imagine trying to track 40 or 50 employees," she says.

Ms. Pau cautions against being too candid in documentation. All employees have the right to see their file at any time, so anything that goes into that file must maintain professionalism.

"One thing that we see surprisingly frequently when looking through personnel files is information that shouldn't be in there," says Ms. Pau. For instance, she's seen employers include a list of performance review scores for the entire staff, with that particular staff member's name and score highlighted. "You shouldn't put other people's information in someone's file under any circumstances," she says.

Some employees have a tendency to over-document, keeping notes on every interaction. "Your employee should have the right to see their file, so having running notes on your casual opinions on that employee in the file isn't appropriate," Ms. Pau says.

Paying the price for a horrible boss
August 9, 2011 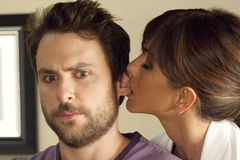 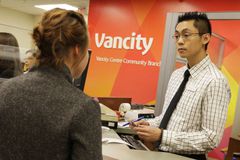