Few phenomena are as synonymous with time-wasting as social media. Reading all those status updates, Tweets and check-ins can consume hours at a time. Posting all those updates can take even longer.

The bad news for small and medium-sized-business owners is that they can't afford to ignore social media, no matter how time-consuming it may be. A growing number of consumers are starting to turn to their on-line friends and followers for suggestions on everything from barber shops to Italian restaurants, much the same way they turned to search engines for the same thing a decade ago.

The good news is that, while social media may be unavoidable, there are tools out there to make navigating that on-line world a little less painful.

So far in this series, we've looked at tools and services designed to take all the heavy lifting out of various technical tasks associated with running a small business in the digital age – everything from building a website to building mobile apps.

In most cases, there's a long lineup of such tools available to make the process as painless as possible. In essence, you just give your data and specifications to a third party, and let them do the work.

But things aren't so straightforward when it comes to social media. Most small businesses are quickly realizing that staying away from sites such as Twitter and Foursquare could be costing them customers.

But the reason consumers turn to those services in the first place is to have a conversation with real people. As such, automating or outsourcing your business' various social media feeds can backfire.

Another big challenge of finding an all-in-one solution for social networking is the speed at which the industry is changing.

Just as small and medium-sized-business owners got around to building a presence on Facebook and Twitter, a whole new host of sites have become mainstream. Among them are a slew of location-based services such as Foursquare, as well as customer-review sites such as Yelp.

While both of these groups of sites may have started out as consumer services, small businesses are starting to become much more actively engaged.

Some larger companies have managed to outsource their social media work – everything from handling Facebook-based contests to replying to customers on Twitter – to their marketing and public relations firms.

However that's not an affordable or practical option for most small business owners.

But while complete outsourcing of social media tasks might still be out of reach, there are plenty of tools for small businesses looking to minimize the amount of work it takes to manage all those Facebook pages and Twitter accounts.

In recent years, a number of developers have released software that essentially collates many of the different social services into one control panel, saving users the hassle of handling each one separately.

Perhaps the best-known of those services is a Canadian-made piece of software called Hootsuite.

Developed by a firm in Vancouver, Hootsuite is a "social media dashboard" that lets users edit and manage various social media feeds from sites such as Facebook, LinkedIn and Foursquare.

Perhaps more importantly, Hootsuite also lets users track various metrics, such as Facbook "likes" and Twitter mentions, to figure out what kind of return they're getting from their social media efforts.

For now, tools such as Hootsuite remain the best option for businesses trying to minimize the amount of social media work they have to do without turning their various feeds into automated, robotic bullhorns.

The series continues next Thursday. Other stories can be found on the Web Strategy section of the Report on Small Business website . 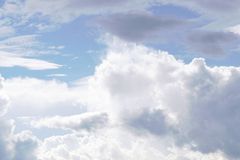 The pros and cons of all-in-one Web solutions
September 1, 2011 Lessons from today’s Web entrepreneurs
August 25, 2011
Not all startups are created equal
August 18, 2011 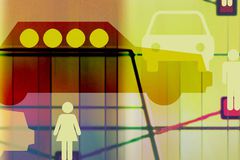 The startup dilemma: build a following or monetize first?
August 12, 2011
Follow Omar El Akkad on Twitter @omarelakkad
Report an error Editorial code of conduct
Due to technical reasons, we have temporarily removed commenting from our articles. We hope to have this fixed soon. Thank you for your patience. If you are looking to give feedback on our new site, please send it along to feedback@globeandmail.com. If you want to write a letter to the editor, please forward to letters@globeandmail.com.
Comments