For 15 years, the has shone a spotlight on young, natural born leaders who have - in remarkably high numbers - gone on to brilliant careers in business, non-profit work, education and science. The program has recognized 600 recipients with the awards, which are becoming a rite of passage for the upwardly mobile.

"If you look at the majority, they are all running something," says Ron Charles, a partner at Caldwell Partners International, founders and managers of the program. "They are real 'glass-half-full' people. They are unrelenting, very creative, smart in many ways - not just one. They are very, very good with people.

"And if they weren't natural born leaders, then they've done a lot of things in life and acquired the skills and community service to hone their leadership skills."

The following alumni offer their insight on leadership, and bring us up to date on where they are now that they're over 40. They have either made it to the top of their game or have just landed the ultimate career-making position.

Elizabeth Cannon, president-elect of the University of Calgary

Elizabeth Cannon has a long history of encouraging women to follow her path in an engineering career, and she's in the right city to do it. "Calgary is the capital of engineering," she says.

Ms. Cannon has gone from engineering professor to dean of the Schulich School of Engineering at the university, and she is stepping into the president's chair on July 1. She'll oversee a school that receives research funding of $262-million, has a student population of 29,000 and staff of more than 3,000. It's been a steady trajectory since she got the Top 40 Under 40 award in 1998. As the first female president of the university, she's now a role model.

"Today 24 per cent of our undergraduate engineering students are women - the highest number of the major universities in the country," she says.

Leadership, she says, is about creating a strong vision for the future and inspiring others, but it's also about the execution and accountability that goes along with it. As well, she says, it's not about your own vision, but about aligning yourself with the vision of the organization.

As dean of the engineering school, she saw a responsibility to create corporate and community leaders. When the school was given a $24-million gift in 2005 that was matched by the province, her mandate was put to the test. She had to come up with a program that would make sense to the community that was supporting it.

"In a jurisdiction that has the second highest number of corporate headquarters in the country, it made sense that we trained engineering leaders and invested in them as future leaders."

In the 12 years since he won the Top 40 Under 40, Russ Girling has been a key player behind Canada's biggest gas pipeline company.

It seems that Mr. Girling has held every top position within TransCanada, including chief financial officer and executive vice-president of corporate development from 1999 to 2006. He was also president of TransCanada gas services, and he is comfortable in a managing role.

"I'm very financially oriented, very bottom-line oriented, growth oriented. That's the way that folks would describe my leadership style - fair, open, but very much focused on holding people accountable for results, setting very aggressive targets, and then doing our best to hit them," says Mr. Girling. "And I think I have had a fair bit of success over my career in achieving results using that management style.

"If I had one piece of advice for this year's honorees, it would be to try and maintain a balance in all your endeavours. You don't get a second chance."

Their quest to revolutionize the traditional charity model began 15 years ago, when, as children, they launched Kids Can Free the Children.

Today, the kids-helping-kids organization pulls in millions of dollars that go toward such projects as the building of 650 schools in 45 countries. Now the Kielburgers are on a mission to make that program financially sustainable by way of a project called Me to We, which raises profits ethically then funnels the money back to charity.

In 2006, at 23, Craig, who's been nominated twice for a Nobel Peace Prize, became the youngest recipient of the Top 40 Under 40. Marc also received the award in 2004, at 27. He's a Rhodes scholar with a law degree from Harvard, so you might say he's a keener. Their book, From Me to We: Finding Meaning In a Material World, became a New York Times bestseller. Yes, everything they touch turns to gold.

Their leadership is rooted in the fact that they speak the same language as their audience because they are as savvy about parent relations, social media technology and popular culture as the kids. Mr. Kielburger says it's imperative to connect with volunteers and staff by creating a culture within the organization.

"Sadly, I think there's a dearth of leadership in this world - incredibly so," says Craig Kielburger. "One of the greatest lessons of leadership we have learned in corporations, or political groups, or religious movements or non-profits, is they lead from a place of empathy, gratitude, compassion and celebrating those types of values. We live in a society where we are so used to getting people to just show up for a job - it's a copout answer.

"Give people a reason why they want to be there."

Sue Riddell Rose is a Queen's University-educated geological engineer and oil patch aficionado. She had been with Paramount, a Calgary-based natural gas production company, for 12 years prior to becoming president of Paramount Energy Trust. Paramount is a family affair - dad Clay, a trained geologist and natural gas tycoon, is CEO of Paramount Resources. Rose, 45, won the Top 40 Under 40 award in 2003, but she already knew a thing or two about leading by example.

"Leadership is leading to an outcome. You have to be clear on what that outcome could be," she says.

In her industry, she adds, leadership requires an ability to adapt to sudden change - such as the time in 2003 when the Alberta Energy & Utilities Board ordered the shutdown of 250 million cubic feet of daily natural gas production. The Energy Trust was only five months old. Through the media, Ms. Rose fought hard against the regulation and became the poster girl for her industry's survival.

Bruce Rothney, who got his Top 40 award in 1999, is between jobs. He just vacated his post as deputy chairman of RBC Capital and as of September, begins his new job at Barclays. He will work alongside long-time friend and colleague Michael Wilson, former ambassador to the U.S., and former federal Finance Minister in the Brian Mulroney government. Mr. Wilson is Barclays Capital's new chairman.

Mr. Rothney, a Winnipegger, has two decades under his belt as an investment banker for RBC and Goldman Sachs. Among his many posts at RBC, he launched its communications and technology investment banking practice in 1993. He moved to New York in 1999 to lead the company's U.S. investment banking efforts.

Since 2004, he's been deputy chairman of the firm.

"I spent a lot of time working with senior leadership at RBC in trying to define and execute our international growth strategy," he explains.

"Our business is so people-centric. So what I found is that leading by example and in particular, spending a lot of time with the clients with professional teams is absolutely critical. Because you really can set the pace for the organization, and also mentoring and bringing people along is a key part of it.

"And you must be genuinely interested in other people's careers - it's a lot more than façade. It's genuine and you've got to love your people and fight for them. That is the most authentic aspect of leadership there is. You either feel it in your tummy or you don't." 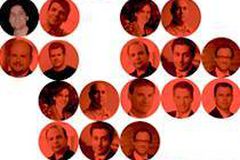 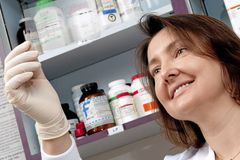 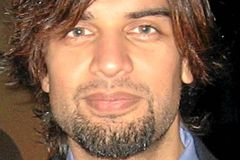 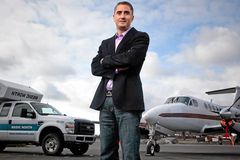 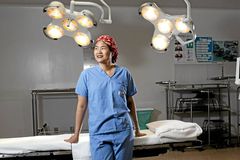 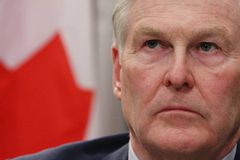 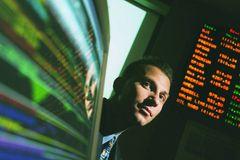 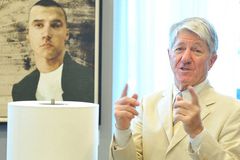