With New York and London Fashion Weeks wrapped for the year, all fashion-oriented eyes now turn to Toronto.

And if Toronto Fashion Week, running from Oct. 22 to Oct. 26, wants to compete with its most recent predecessors, social media and technology will have to play a big part in the experience.

In New York, we saw one of the first major outings of Google Glass at Diane von Furstenberg's show. Having the models wear the glasses gave the show a really unique look and produced some amazing video content from a viewpoint that had never been done before. It was one of the biggest stories of the week and its high-tech edge brought a whole new audience into the fashion fold.

In London, 47 of the runway shows were live-streamed through its website, complete with in-house commentary and previews giving fans around the world unprecedented access.

The organizers also utilized Pinterest to share more than 1,000 images of the collections, parties and stars in attendance.

I sat down with leading fashion commentator and social media expert Jay Strut (whose real name is Joshua DeMaria) to get a sense of what we can expect from Toronto Fashion Week, and his thoughts on the industry more generally.

Mr. DeMaria has been immersed in fashion and social media since he was 12. It started as a hobby and as a way to share the music he made, clothes he liked and connect with friends.

From there, it evolved. He learned how to code and build sites and JayStrut.com became a business focused on connecting with brands and providing a non-stop stream of content to his audience.

He says the live streams are his favourite part of the social media evolution in the fashion industry.

"Now, with the click of a button, you can watch a brand's live feed, giving people around the world an opportunity to enjoy the visions of the designer," he says.

Although he still prefers to attend shows in person, meeting designers, going backstage and touching the clothing, the massive growth of online streams have been positive for the industry and a great way to inspire and broaden the audience base.

The live commentary and behind-the-scenes photos shared through Twitter have also helped to spread the message. Mr. DeMaria has more than 30,000 followers with whom he is constantly interacting. He shares links and photos of his day-to-day life in the fashion industry.

"It's the most constantly utilized tool. I have gotten a lot of opportunities and connected with some amazing people through Twitter interactions turned into meet-ups and, eventually, friendships or working relationships."

For fashion brands, it's also a powerful new channel to reach current and potential customers, reported in a more personal way than traditional news.

Mr. DeMaria is seeing a big change in the way brands and agencies are working with bloggers.

"At first, people were unsure of what the value was, but now they're starting to see that the authentic reach of bloggers can set great things off."

This shift in thinking of brands has enabled many bloggers, Mr. DeMaria included, to work full-time on their blogs. Sponsorship opportunities are more common, and more valuable, and brands are getting more creative in the ways they work with bloggers.

In turn, this gives bloggers more freedom to expand their own channels.

The conversation shifts back to what's happening on the Canadian fashion scene. Mr. DeMaria thinks there's still a lot of work to be done.

"I think Canadian fashion is lagging when it comes to digital or social media integration," he says. "Sometimes we do live feeds or whatever, but no one is really stepping out of the box."

The question then, which will be answered next week is: Can Toronto Fashion Week kickstart things this year and compete on a social media level with New York, London and Milan?

Rest assured that Mr. DeMaria will be doing his part to spread the word. In addition to his always-on social media updates, he will be hosting and DJing a party at the Thompson Hotel inspired by the famous  documentary Paris is Burning.

Don't have millions of dollars for your social media campaign? NP
October 5, 2012 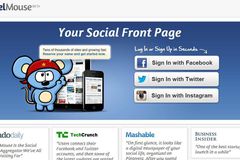 Why are you in business? The first question brands should answer
September 20, 2012 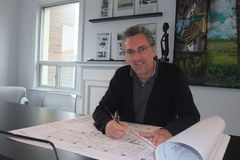 Is it good for Rihanna's brand to perform with Chris Brown?
September 6, 2012 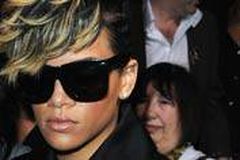