It's been Canada's year on the Billboard charts, as artists like the Weeknd, Drake and Justin Bieber have spent the past few months dominating the industry-leading Hot 100. This week, a Canadian company has carved its own notch in music's most venerable yardstick, too.

Toronto's LyricFind, which for a decade has been the Internet's leading force in cleaning up the murky waters of song-lyric publishing, is now the force behind two brand new Billboard charts. The Global LyricFind and U.S. LyricFind charts will sift through the company's vast data to present the Internet's most sought-after lyrics each week.

Two of digital music's biggest frontiers are licensing and data. LyricFind first carved a niche for itself in the former, giving lyric websites that once infringed upon publishing copyrights a chance to give songwriters their fair due. But as services ranging from Shazam to Spotify become fixtures in the lives of music fans, the Canadian company has begun leveraging its vast data piles to determine what lyrics listeners are most curious about. With its new Billboard charts, LyricFind hopes to pitch itself as a go-to global tool for measuring a song's popularity.

"We're aggregating data now for billions and billions of lyric displays a year," Darryl Ballantyne, the company's co-founder and chief executive officer, said in an interview. Making this data available "adds a lot of transparency to the industry."

Lyric searches are key in the discovery of music online, and discovery trends can help measure a song's popularity. The Billboard LyricFind charts will be based on total lyric displays across all of its syndication clients, focused primarily on trending songs that have seen a surge in lyrics searches.

Songwriters are entitled to a number of publishing royalties for their songs, including for lyric republishing. LyricFind primarily acts as a middleman between publishing companies and services that use lyrics, which range from the websites MetroLyrics and SongMeanings to indirect lyric users like Amazon and Shazam.

In exchange for navigating the complicated web of copyright and contracts, the company takes a small revenue cut before sending money back to music-publishing companies, which administer copyright payments. With a lyric library from more than 4,000 publishers, LyricFind has become the world leader in digital lyric licensing. Mr. Ballantyne said LyricFind makes no revenue off the Billboard partnership, but will instead benefit from the increased visibility of its brand.

Music-focused companies are becoming more data-driven by the day. Deep pools of information help record companies decide how to invest in artists and albums. And as more consumers turn to streaming instead of downloading music, industry-leading services like Spotify and Apple Music are tracking the tiniest data points to assess users' habits and build customized listening experiences. By tapping into its own well of data, LyricFind is making the industry's pool of data even bigger.

Mr. Ballantyne and several others, including chief technology officer Mohamed Moutadayne, dreamed up the company in 2000 when they were students at the University of Waterloo. They first envisioned it as a consumer-facing service, but had trouble licensing the lyrics they wanted to use and shut the project down within a year. But they left their website intact – including, crucially, Mr. Ballantyne's cellphone number.

He got a call from Microsoft in 2004, he says, as the software giant was setting up an early version of its proprietary digital music store. He then realized LyricFind could perhaps succeed under a business-to-business model, and began hunting for licences once again.

In the four years that had elapsed, the music industry had changed its tune about the Internet. Rather than scoff at the Napster-led digital revolution, labels and publishers were (somewhat begrudgingly) adapting to the new way of business. Obtaining lyric licences, Mr. Ballantyne said, became much easier.

Over the course of the next decade, LyricFind became a leading force in cleaning up the Wild West of lyric websites, many of which simply published lyrics without seeking licences. In 2013, the company took over the lyric services of its chief competitor, GraceNote. It's also started partnering with services that use lyrics for added product value, including SoundHound and Pandora Radio. Today, the company employs 35 people, mostly in Toronto.

Digital music analyst Mark Mulligan says that in the world of YouTube views and Facebook likes, traditional music charts don't measure hits the way they used to. "The success metrics for the traditional music industry really only tells part of the story of what matters to music fans," he said. Incorporating lyrics is a logical step to understanding music consumers, he said, "particularly younger ones, [for whom] lyrics and video are probably equally as important as the song itself."

Over the past year, Billboard has been incorporating non-traditional measurements of listening into its charts. It incorporated streaming and individual-track sales into its Billboard 200 Albums chart last December, and did the same for its Canadian Albums chart just this week. The forward-looking approach, however, still has kinks to work out.

It was speculated this week, for instance, that Toronto rapper Drake's song Hotline Bling lost the chance to become the Hot 100 No. 1 song this week because Apple Music doesn't report its video streams. But Drizzy may have some solace: Hotline Bling was, in fact, the No. 1 song on LyricFind Global's inaugural week. 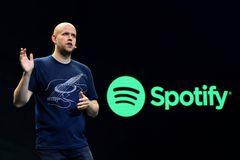 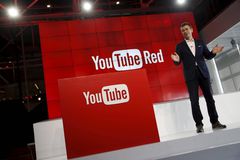