Stewart Bondar may be the president and chief executive officer of his family's furniture business, but he had to throw another job hat on when three out of four of his truck drivers and their "swamper" assistants all called in sick at once – with several big deliveries scheduled for the day.

"We couldn't get anybody to cover for them, so I had to come in and work on the truck and help my [remaining]driver deliver his load," Mr. Bondar recalls.

Filling in for those ill employees meant Mr. Bondar couldn't take his usual position on the sales floor. He figures thinning the sales team thinned sales for the day as well.

Employees calling in sick are a fact of everyday business life – but while having staff off for illness can cause problems for businesses of all sizes, it's even more trying for smaller enterprises, where fewer people on board to begin with means more noticeable effects when they're away.

"It's the mathematics of being small – if you only have five people in the workplace and one person happens to be ill and cannot come in to work, then you've lost 20 per cent of your work force, and it clearly has some implications," says Ted Mallett, vice-president and chief economist with the Canadian Federation of Independent Business in Toronto. "An illness can pop up quickly so the small firm is scrambling."

"For a small business, it's a big thing," adds Andrew Patricio, chief executive officer of BizLaunch Inc., a small-business training organization in Toronto. "Especially after the economy we've been having, small business are operating very lean, so if someone stays off sick, it could really be costly."

Lost productivity is one of the biggest consequences of people calling in sick, Mr. Mallett says.

"If an employee is missing for several days … other people might have to step in and take some of their work because it has to get done . And if someone has to substitute in, something else isn't getting done. So absolutely, productivity gets hampered in a small organization," says Mike Gooley, regional vice-president of the Toronto region of Accountemps, a division of Robert Half Canada Inc.

And that can have wide-ranging effects. As Mr. Bondar discovered, if a front-line worker is absent, an owner either has to step in to cover, or quickly find a replacement – who isn't always trained for that position. Overtime can ensue, production targets can suffer, and the business can have trouble generating normal revenue or operating normally while it is short-staffed.

It can also have an effect on employee relations, with other employees having to add to their workloads to cover for absent colleagues.

"If other employees have to chip in and take the burden, they could get angry," Mr. Patricio says.

Even when sick employees return, depending on how long they've been off, they may find themselves "totally out of the loop" and need time to ramp back up, says Bruce Lacroix, a partner at small business consultancy Lacroix & Associates Consulting in Nelson, B.C. That, in turn, can cause continued animosity in others who have to pick up the slack, he says.

Chronic absenteeism can also affect a business's insurance premiums – that is, if a small business offers health benefits in the first place, says Paula Allen, vice-president of organizational solutions at Morneau Shepell Inc.

Mr. Lacroix adds that if an employee regularly calls in sick and makes an inordinate number of claims, the insurance firm might find the company too expensive to insure and up its rates. Or he recalls one client that had so many claims the insurance company simply dropped it.

Still, many employees are so dedicated to their jobs that they wouldn't dream of taking a sick day – even if they should – and that can be even more so in smaller organizations, where people working in smaller numbers and tightly together may feel more guilt about how their absence will affect others.

That isn't always a good thing. More than half – 51 per cent – of Canadian workers show up on the job when they're under the weather, according to a recent Accountemps survey. But when they arrive at the office, 57 per cent of other employees worry about being exposed to the illness, and only 11 per cent are impressed by their co-worker's dedication.

So what are small and medium-sized companies to do to cope with sudden employee absences due to illness?

Mr. Patricio urges all companies to have policies and procedures in place that spell out how absences will be handled.

"You need to write things down. This is the way we bake bread and this is the way we write a press release, so that someone can step in and replace them and you can keep running your business," he says.

A detailed operations manual spelling out all job responsibilities and how things work means that "if the baker is out, you've got the recipe and can bake the cake. Every small business owner should have an owner's manual with a recipe for every function in the business."

He also advises cross-training. "Make sure that other people can take over for this person so that no employee ever becomes that important that we can't ever operate without him or her," he says.

Mr. Mallett urges small businesses to make sure every critical role has a "what if" scenario attached to it.

"What if this person is not available for a week or a month? How would they be able to get that job done? Go through those types of contingencies and work out in advance what they would do so there wouldn't be the kind of scrambling that goes on, say, on a Monday morning when they realize that the key staff member can't come into the office. The owner or manager can start the plan and call in help, if necessary."

Mr. Patricio also says that, depending on the severity of the illness, some employees may want to consider working remotely, if they can – and there is plenty of technology to allow that to happen. Or they might consider going in and finding a corner to work in where they are not exposing their illness to others.

The reality for small businesses, he says, is that they may need to make different decisions at crunch times or not.

He also notes that smaller enterprises may have more flexibility than larger ones to accommodate employees who, say, take a sick day to take care of a sick child. "The big advantage of a small business is that you may be able to bring your child in. You can't always do that in a bigger organization."

Mr. Lacroix says that small businesses should discuss absenteeism issues as a group, both to come up with ideas about how to handle them and to improve accountability.

"Like anything in life, if the employees have buy-in and are part of the process, of course, they're much happier," he says.

In the end, Mr. Patricio says, the kind of relationships that bosses and employees share will have a great effect on keeping things running smoothly. Good relationships and open communication make it easier to discuss the best ways of handling a particular situation.

"Most of us survive, but we all struggle if someone doesn't come to work," he says.

With file from Terry Brodie

Can your business survive without you?
January 13, 2011 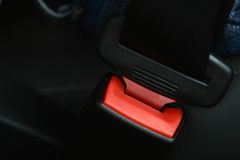 How to keep employee poachers at bay
February 18, 2011 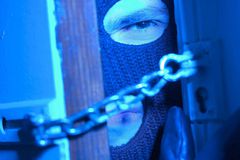 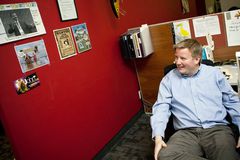 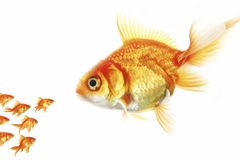