In this four-part series, we'll shed light on the world of IT training, social media consultants and whether your company needs a formal policy

Imagine an employee who runs a blog that slags other people at the firm, but does so using pseudonyms.

Or another who posts too much information about the workplace on her Facebook feeds.

Or a third who uses his Twitter account to mouth off in a way that makes his employer cringe.

Most everybody posts online these days. But in an age of conspicuous opinionation, how does an employer know when an employee has crossed the line?

"Almost every case I deal with these days is somehow linked to what somebody has said on Facebook, in an e-mail, or things they've been doing on the Internet," says Tina Giesbrecht, a Calgary-based partner at McCarthy Tétrault, who specializes in employment law.

The boundaries between work life and home life are dissolving, just as the difference between public and private communication is becoming fuzzier than ever.

This new reality poses a quandary for employers: On the one hand, free speech is free speech, and the ability to speak in the online medium is a right that few employees want to see circumscribed. On the other, employees act as de facto ambassadors for their company in cyberspace, whether they mean to or not. What can employers do to protect their brand online, and where is the line between free speech and troublesome text?

Is it impacting your business?

According to authorities in workplace law and new media, the difference between irksome posts and actionable ones is simple: Does an employee's online posting directly affect your business?

"Every employee has a duty of loyalty and fidelity to their employer," says Ms. Giesbrecht. "If, while you're employed, you're out there criticizing the services or the products of your company, then that breaches the duty."

Postings that break that duty online are just as real as mouthing off on the shop floor or in the office.

Some kinds of offending posts are easy to spot: Online commentaries that give away confidential information, spill the beans (often inadvertently) about the company's future plans, violate client confidentiality, or are derogatory toward the firm or its employees all fall on the wrong side of the line.

Things get fuzzier where it comes to the grey areas of interpersonal relationships and personal sentiments. The line of free speech isn't absolute - it shifts depending on circumstance and the nature of the business.

For instance, in one recent case Ms. Giesbrecht cites, an employee was successfully terminated for a blog that spoke ill of co-workers identified only by pseudonyms. Their identities might not have been clear to an outside reader, but they were obvious to fellow employees who read the blog, which had a negative impact on the workplace.

For all that, employers also need to recognize that online opinionating is a fact of life now, and while they need to protect their business, a light touch is better whenever possible.

"People are going to occasionally vent online," says Dave Fleet, vice-president of digital at Edelman Toronto, a major public relations firm. "Those kinds of things will happen, and companies are probably ill-advised to go after employees for it."

Is it public or private?

A second grey area is whether online postings can be considered private. Increasingly, the answer is "not so much."

"You might think that it's happening outside the workplace and it's private, but it's not," Ms. Giesbrecht says.

Labour tribunals and courts are recognizing what most Canadians already know, she says: Facebook isn't really private, no matter what privacy settings the user has in place.

For one thing, it's always possible for a Facebook friend to pass on what they read on a private wall to others, especially when a user has 500 Facebook friends. More to the point, people usually count work acquaintances among their Facebook friends, making it all the more probable that anything negative (or merely salacious) that they post about work will quickly travel back to the parties in question.

Employers do have the right to monitor all communication that comes through office machines. In practice, not many small businesses are going to spend time and money snooping on employees. In practice, offending information tends to come back on its own - people talk about what they see on social networks, and Google turns up results posted to the open Internet.

What's to be done?

If offending material turns up online that impacts a business, an employer has solid grounds to ask that it be taken down, or weigh disciplinary action - but that, evidently, is a last resort.

"The best practice is prevention, not the cure," Mr. Fleet says. "Let employees know what the boundaries are."

A written social media policy, codifying what the company's expectations are for online conduct, is a good place to start. But hands-on training and education, taking employees through the effects of saying the wrong things online in forums they erroneously think are private, is even more to the point.

And if this training comes with employee orientation and it is periodically refreshed, then so much the better, Ms. Giesbrecht says.

"It's too easy to say, 'here's our Internet and e-mail policy, please sign it,'" she says. "You lose an opportunity to educate people." 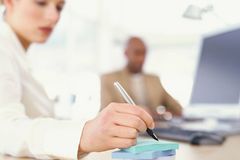 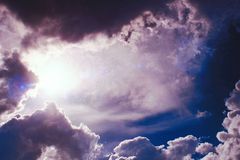 Developing a social media plan for your business
April 28, 2018
Follow us on Twitter @globesmallbiz Opens in a new window
Report an error Editorial code of conduct
Due to technical reasons, we have temporarily removed commenting from our articles. We hope to have this fixed soon. Thank you for your patience. If you are looking to give feedback on our new site, please send it along to feedback@globeandmail.com. If you want to write a letter to the editor, please forward to letters@globeandmail.com.
Comments