I remember when I first turned 20, I got my first consulting gig. I was hired to collect information that went into a massive plan that my mentor was building. He pulled out this thick stack of papers that he and the management team had assembled and I can still remember being intimidated by it because it looked so complicated and detailed.

I soon learned that I was contributing to an annual exercise they do to build their strategic plan for the year. Fast forward three years later and I learned that he and the other executives rarely went back and referenced the plan throughout the year.

Let's be honest with ourselves and call out something that almost all businesses are doing horribly wrong – strategic plans. Instead of a tool that helps an organization achieve a clarity of focus that drives action, it is something that rarely gets reviewed and often doesn't drive enough action to enact positive change for the year.

I believe it's because people don't know the difference between a great plan and a mediocre plan. Businesses across the world have gotten used to a plan that is more of a "thing we have to do" rather than a tool that drives and focuses a team for the upcoming year.

With 2016 approaching, it's critical that businesses understand the difference between a plan that's going to create and sustain focus and positive momentum and one that's going to do very little for their business.

Great plans incorporate some element of innovation in their goals. Mediocre plans do not address innovation. Innovation, as we know, is difficult yet extremely important. If an organization wants to remain competitive and continue generating growth, it needs to ensure it makes innovation one of their top goals.

Great plans make the overall process of building a strategic plan fast and painless. Mediocre plans take weeks and even months of effort to create. Strategic plans should take a maximum of two days to build. One full day to achieve complete clarity on the organization's goals and objectives, and one full day to develop the action plan for the year.

Great plans focus on a small number of goals. Mediocre plans focus on too many goals that will not be properly addressed during the year. Strategic plans should include a maximum of three goals to keep a leadership team focused on the most important factors that will contribute to their success in the next one to three years.

Great plans use exercises and data to drive goals and objectives. Mediocre plans include too much information which often distracts teams. Organizations should use exercises and data in a collaborative process to drive their thinking as the core goals of a strategic plan are developed. There is no reason to include the bulk of that information in the plan. Only include what stimulated the thoughts that led to the creation of the goals and objectives.

Great plans structure monthly and quarterly follow-up. Mediocre plans often get forgotten and addressed only periodically throughout the year. Strategic plans are critical in the development of the business and need to be addressed on a regular basis to ensure accountability across the organization.

Great plans are always built with an execution plan. Mediocre plans focus on too many details and not enough on the execution. A strategic plan must include an action plan that addresses how the organization is going to execute in order to address the objectives that fulfill the top three goals for the next one to three years.

Great plans focus on the future. Mediocre plans spend too much time and effort looking at lagging indicators and past performance. It's not a valuable use of your time to look at what happened in the past in great detail. It's more important to look at where your organization is currently and drive discussion to generate clarity of direction for the upcoming year.

Finally, great plans involve all levels of the organization. Mediocre plans are built in a silo with just the executive team. If your strategic plan requires people outside of the executive team to drive it forward, then it's in your best interests to involve those groups so that they have a say in the development of the plan. By doing so, they will feel a sense of ownership in the plan and will be more engaged in the actual execution of it.

After going through all of that, you should be able to develop a strategic plan that will be a tool to achieve great things in the coming year.

Ryan Caligiuri is an associate and innovation engineering practitioner with inVision Edge, an innovation and growth company. InVision Edge is also the leader of the Canadian Innovation Engineering Network.

Why law and accounting firms struggle to innovate
October 6, 2015 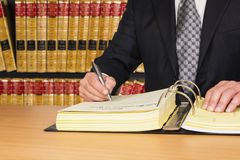 What Steve Jobs was missing about innovation
August 28, 2015 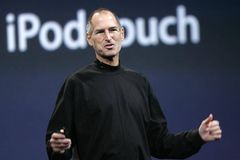 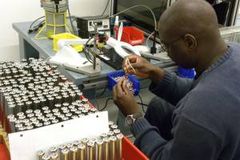