Canada is consistently touted as one of the best countries in which to live, but it ranks an unimpressive 112 out of 190 countries according to the World Bank's enforcing contracts indicator. For good reason: Our civil-justice system is on the fritz. Litigating a civil claim (e.g. contract claim, property rights claim, etc.) can take many years and cost tens or hundreds of thousands of dollars.

As the Organisation for Economic Co-operation and Development (OECD) explains, the ability to properly protect contractual and property rights encourages investment, promotes economic relationships and fosters innovation. The World Bank succinctly concludes that efficient contract enforcement is essential to economic development and sustained growth. To put it more bluntly, in order for our economy to function properly, people need to believe that contractual, property and other legal rights mean something. But they can only mean something if they are enforceable.

To understand why, ask yourself whether you would buy a house if you didn't believe that you could prevent someone from squatting in your backyard. Or whether you would deliver $70,000 worth of goods without a contract. But you have a signed contract, you say - good for you. Now ask yourself how you will react when you learn that your contract is effectively unenforceable.

Luckily, in today's world, people still believe that a signed contract means something. At least until the person is faced with a breached contract, calls a lawyer and learns that, despite the strength of the claim, it may ultimately not be worth the time, cost and risk to fight until the bitter end.

From a purely economic, risk-management perspective, a civil claim worth less than $75,000 (and that figure is probably low) being brought in the Greater Toronto Area using a local lawyer is rarely worth fighting to a final determination. In most cases, the potential recovery is simply not large enough to justify the risk.

That is not to say that parties should always walk away from claims worth less than $75,000. Ultimately, most claims settle because reasonable parties seek to avoid mutually assured destruction. In choosing to start the process, however, potential claimants must factor in the possibility that their opponent will be unreasonable, in which case the claimant must be prepared to go all the way.

The problem does not disappear with claims worth more than $75,000. I recently attended a pretrial hearing in which the presiding judge implored the parties to settle. He explained that, from a purely economic risk-management perspective, proceeding with a three-week trial for a $500,000 claim would likely not be worth it in the end. He explained that both parties were likely to lose, with one party losing much more than the other. Although I agreed with him for the most part, his message boiled down to this: In our system, parties are better off settling than rolling the dice.

Unfortunately, fixing our civil-justice system will not be easy and, seemingly, there is little appetite to tackle the problem.

More money. Cases take too long to be heard, and therefore cost too much, in part because there are too few judges, too few courtrooms and too little technological innovation. While the rest of the world moves forward, our judicial system remains firmly entrenched in the past – relying on fax machines, process servers, paper documents and in-person appearances.

Lawyers with more skin in the game. It is naive to believe that a lawyer's course of conduct is not affected by his or her financial incentives. Every client's goal is to achieve the best result as efficiently as possible. Under the widely used billable hour model, however, lawyers make more money the longer a case drags on and regardless of the end result. In some ways, a client's financial incentives are diametrically opposed to those of its lawyer. Clients should retain lawyers whose billing structures provide them with the appropriate financial incentives. Value-based billings and flat fees are two such models: they ensure lawyers are rewarded for efficiency and results.

A change in culture. Although the rules governing the system and the judges who enforce them are increasingly paying lip service to the idea that litigation costs should be proportional to the amount at stake in the litigation, they have not gone far enough. Deadlines should be tightened, the rules should be stricter and the courts should enforce both – even if it means that some cases are decided based on non-compliance with technical rules. Ironically, the system's quest for near-perfect justice results in a lack of justice.

The granting of adjournments is a simple example of the problem; they are handed out like candy on Halloween. Every last-minute adjournment, however, causes a tremendous amount of wasted time and money. It is akin to walking into a final examination for which you have spent weeks studying, only to be told that the exam has been postponed by four months.

Although the legal community needs to be driving the train for change, it cannot solve the problem alone. The lack of public pressure translates into government inaction. Said otherwise, the government doesn't care because you don't. But you should care because, one day, you may need to rely on a perfectly drafted contract that is, practically speaking, unenforceable.

Calling millennials lazy is just an excuse not to change
February 23, 2017 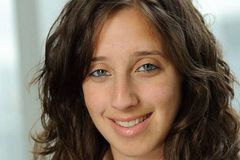 How to avoid burnout in a high-stress environment
August 11, 2017 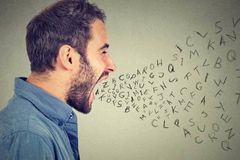 Terminating an employee? Cutting off insurance benefits can come back to haunt you
April 3, 2017
Follow us on Twitter @globeandmail Opens in a new window
Report an error
Due to technical reasons, we have temporarily removed commenting from our articles. We hope to have this fixed soon. Thank you for your patience. If you are looking to give feedback on our new site, please send it along to feedback@globeandmail.com. If you want to write a letter to the editor, please forward to letters@globeandmail.com.
Comments