Skip to main content
DAVID ISRAELSON
Special to The Globe and Mail
Published May 4, 2015

Raising startup money on the Internet has been a relatively easy ride for Sohaib and Ali Zahid, co-founders of a Toronto-based high-tech bicycle-manufacturing firm.

But the company, Vanhawks, may face bumps later when it files a tax return with the Canada Revenue Agency.

The bikes, which Vanhawks plans to ship this summer, will combine carbon fibre frames with software. The company’s app will connect the bike to the rider’s smartphone, calling out routes turn by turn, detecting blind spots and warning when thieves are nosing around.

“If someone’s touching your bike, you’ll get a notification,” says Ali Zahid, who is Vanhawks’s co-founder and chief operating officer.

The way Vanhawks has raised money is also cutting edge – it pulled in $820,000 last year through the crowdfunding site Kickstarter, when its goal was a mere $100,000.

What does the CRA have to say about raising money through crowdfunding sites such as Kickstarter or Indiegogo? “We’ve talked to our advisers. For safety we have put some money aside” for taxes, Sohaib Zahid says.

Tax experts say this is wise. Crowdfunding has been around since the past decade, but the revenue agency’s approach to it is a work in progress.

“The tax treatment of crowdfunding is evolving,” says Aurèle Courcelles, director of tax and estate planning at Investors Group in Winnipeg.

At first, the CRA’s general view was that any money raised by crowdfunding would be taxable. But it’s more complicated than that.

“The position has changed because crowdfunding can be used for a number of purposes. It could be a charitable effort, it could be a company trying to find investors, it could be a loan or gifts. Now it depends on the circumstances,” Mr. Courcelles says. 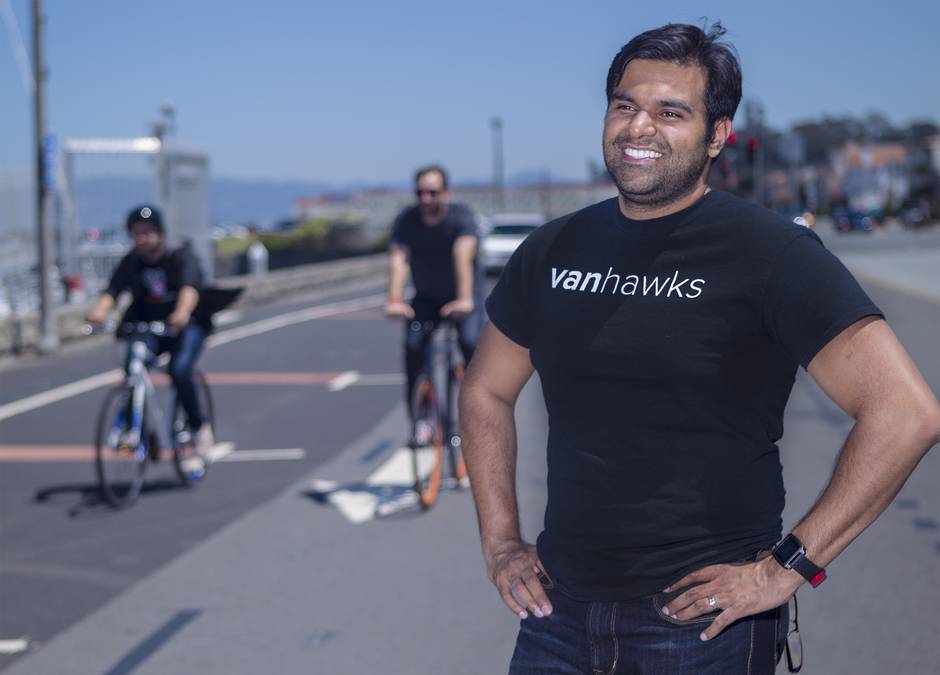 “We see ours as deferred revenue,” Ali Zahid says. In return for sending money last year, donors to his company on Kickstarter will receive a Vanhawks’ bike, when they start shipping in July, at a slight discount. (The company’s models will be sold online and retail for between $1,249 and $1,449.)

“We see it as you’re buying a product and Kickstarter is the distribution channel,” Ali Zahib says.

“It’s a new area,” says Robert Kepes, a partner at the Toronto law firm Morris Kepes Winters LLP. “You have to distinguish the different kinds of situations, such as where you’re not raising money for a product.”

He notes the case of 32-year-old Toni Morgan, a Toronto high-school dropout who later worked so hard that she was accepted to Harvard University, and has raised more than $50,000 for tuition through crowdfunding.

“She would be okay,” because nobody is making a profit from the donations, Mr. Kepes says. “It’s more along the lines of a philanthropic endeavour.”

The CRA noted in April that it “understands that crowdfunding is a way of raising funds for a broad range of purposes, using the Internet, where conventional forms of raising funds might not be possible.”

The agency’s approach “is to evaluate each situation on a case-by-case basis.”

Ali Zahib says Vanhawks just completed its year-end bookkeeping. “It’s a tricky area,” he says because in addition to the crowdfunded money, the company has additional backers. “We have funders from all around the world. Essentially we have to make sure that for the Canadian funders we pay taxes,” he says.

“The tax treatment of crowdfunding is evolving.”
Aurèle Courcelles, director of tax and estate planning at Investors Group in Winnipeg.

Some of this will be offset by the cost of the bikes they ship and by other expenses, such as the GST or HST they spent on company-related purchases. The CRA’s April note says that “any reasonable costs incurred by the taxpayer that are related to such a crowdfunding arrangement would likely be deductible in computing that income.”

Dealing with crowdfunding is even more complicated for Canada’s provincial and territorial securities regulators, Mr. Kepes says. The CRA says crowdfunding is not taxable if it’s clear that the money is “a loan, capital contribution or other form of equity,” but this can trigger filing requirements so investors know what is happening to their money.

The trickiest situations can arise when a crowdfunder isn’t sure whether what he or she is doing will actually become a business. Some people might start raising money for something they consider a hobby or a pastime and then find once the crowdfunding begins that they can make a living.

Mr. Courcelles muses about how the tax department might treat the efforts to use crowdfunding to buy the infamous Rob Ford videos allegedly showing Toronto’s then-mayor smoking crack.

“How would you treat that?” he asks. “In the end they never did get the video, so is the money that was raised taxable?”