Ben Baldwin is the co-founder of ClearFit, a business that matches people and employers. When he launched the company with Jamie Schneiderman in 2006, they realized there was a huge opportunity to help small and medium-sized businesses.

The market is enormous – there are millions of SMBs in North America, and they need help with hiring. It's a process owners hate, for good reason: "Half of the time they get it wrong," Mr. Baldwin says.

Making a bad decision is costly and it involves more than just the costs of hiring, training and firing weak employees, who can have a detrimental effect on the business by damaging customer and supplier relationships and the morale of other employees. Mr. Baldwin and Mr. Schneiderman knew they could improve hiring results considerably, but they were also aware the SMB market is a difficult sell because business owners tend to be risk averse when purchasing outside services, especially those involving technology.

How could they enter this market successfully?

Twelve years ago, Mr. Baldwin founded a company called CareerXact, which provides automated employee screening software to big companies that want to hire people who fit with their culture. Within five years, Mr. Baldwin was selling all over the world, to Fortune 500 companies such as Nike and Xerox.

Many of his friends are business owners who thought his software was fantastic but they couldn't afford it. "I was getting a lot of requests for 'buddy deals,'" Mr. Baldwin explains. "Even though I tried to lower the price for friends, they complained that the price was too high, and yet I was losing money."

He realized there was a market opportunity to build employee screening software at a lower price point, so he teamed up with Mr. Schneiderman, who had a good understanding of the SMB market.

The two partners understood that SMB owners tend to be "time starved and dollar starved" because there are competing demands for their attention and their money. "It is not unusual for a business owner to wait until the last minute, when they really, really need someone, and end up trying to post a job ad at eight o'clock on a Friday night," Mr. Baldwin says.

To make matters worse, automation of the recruitment process has actually hurt SMBs because it makes it easier for employees to jump from job-to-job. Although the use of hiring technology, such as web-based job boards, has increased, turnover and retention rates have not improved. It is not surprising that business owners tend to be skeptical of new technology.

Mr. Baldwin and Mr. Schneiderman realize that most SMB owners are unlikely to go out on a limb and depend on an unfamiliar company to screen their valuable new hires. Having solid Fortune 500 customers certainly helps give them credibility, but SMB owners want assurance that they understand SMB needs too. To get this assurance, "most business owners buy on the basis of personal referrals from friends and business contacts they trust," Mr. Baldwin says.

This meant that in developing the product, the partners had to focus on building a system that produces great hiring results, and also has characteristics that facilitate trial and referrals.

To encourage trial, the system has to be free at first, and also quick to try. It can't take more than five minutes for someone to register and post their first job description. It also has to be simple to use. SMB owners don't want to pick up the phone and call a support line. They want to get online at any hour of the night or day and be confident that they are using the system properly.

To encourage referrals, clients have to be so wowed with their hiring results that they want to tell all their friends and business associates about it. And they don't have time for lengthy explanations, so people have to be able to describe what the system does in a few enthusiastic sentences.

The ClearFit strategy seems to be working. In 2009, the company obtained a U.S. patent for its software that screens job applicants and matches jobs to the right job candidate. ClearFit provides clients with a short list of the best candidates and an interview guide with the right questions and the answers they should be looking for. With no marketing, and simply on the basis of word-of-mouth referrals, their business has tripled compared with last year.

More than 1,200 SMBs – including McDonald's and Tim Hortons franchisees – are now using the software. "Working with SME owners is a lot of fun," Mr. Baldwin says. "They're loyal and there are no politics. They're just like us." 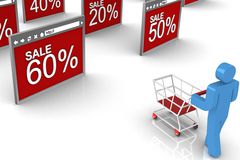 Dentist cuts his entrepreneurial teeth
May 1, 2018 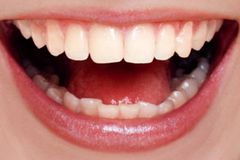 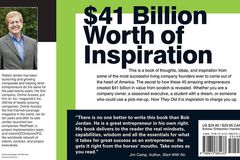 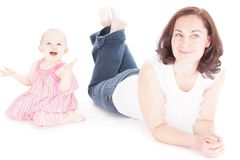 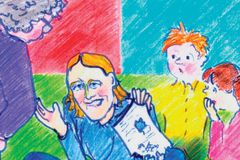