The royal babies, the Grammys, Zayn Malik's departure from One Direction – it seems all news events are now tools for brands looking to jump into conversations on social media, and to appear relevant.

Tired of seeing corporate Twitter accounts make lame jokes about movies, your favourite TV show and the weather? Partly, you have digital marketing agency 360i to thank. They're part of the team who helped Oreo develop daily social media content for its 100th anniversary – a social media "war room" approach that led to their famously quick response to the blackout at the Super Bowl in 2013.

"It was an uncluttered environment, and it was new, which made it cool," said Bryan Wiener, chairman of 360i. "…It went way overboard, real quick. And guess what happens when everybody rushes to a party – it gets uncool quickly, and crowded."

Mr. Wiener will be in Canada on Wednesday to speak to agencies and marketers attending the Institute of Communication Agencies' FutureFlash conference in Muskoka. He will be arguing that marketers need to move quicker to adapt to their customers' changing habits.

His disdain for the flood of real-time marketing does not mean the agency has moved away from social media, or even real-time, entirely. But Mr. Wiener believes the only thing brands must react to in the moment are conversations – positive or negative – that people start with them. Otherwise, he said, smart brands have to pick their moments and not simply put out content and reactions to events for the sake of it.

"We're moving more toward campaign-style content, where it's fewer, bigger, better," he said in an interview by phone ahead of his visit. "…The way 360i would approach social content in 2015 is very different than it was in 2011. And I would suspect it will be different in two years. That's one of the challenges for the industry. It's not a set-and-forget business any more. You have to keep re-evaluating."

Marketing has been built on an infrastructure of producing ads for TV for decades, Mr. Wiener said. On Wednesday, he will argue that while companies have been adapting to the digital environment, there needs to be a more fundamental change in how they plan campaigns, set budgets, and measure success.

He is an advocate of zero-based budgeting: among other things, this means that rather than setting budgets based on tweaks to the previous year's spending, organizations can start from scratch to be more transparent about costs and identify spending needs.

Mr. Wiener believes that building budgets from the ground up based on changes in people's habits will help marketers move faster to reach customers where they are.

Who is doing it right

People are willing to give brands some of their time, provided they get something back. According to Mr. Wiener, a much bigger slice of marketers' budgets should be devoted to creating content. He gave three examples of brands doing it right: one a 360i client, and the two others simply work he admires.

"What they have in common is, they're thinking about storytelling in a digital era," he said. "Even when they do commercials, the commercial is a cut-down of a story, but the story plays better in a longer form."

Oscar Mayer  "If you asked people, 'Do you want to hear from Oscar Mayer?' They would have said no," Mr. Wiener said. To make it worth their while, 360i used humour: a spoof of diamond industry marketing, using bacon instead of jewels.

Beats by Dre  Star NBA player LeBron James was one of the first to get his hands on Beats headphones prototypes, and passed them around to his teammates on the U.S. Olympic squad in 2008. Since then, they have become ubiquitous in sports, among athletes who have always used music to pump themselves up before a big game. A brand can have almost nothing better on its side than authenticity. Beats' advertising work featuring James reflects that.

Under Armour Advertising to women has often been patronizing. For its athletic wear, the brand chose to show women's strength – such as showcasing the challenges overcome by ballerina Misty Copeland to achieve success in her career.

Marketers urged to kick the habit of short-term thinking
May 12, 2015 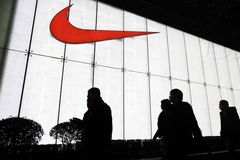 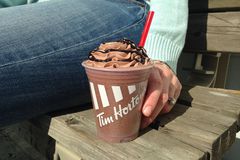 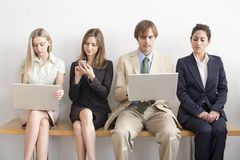