Like Canada Goose jackets and Lululemon yoga pants before them, Herschel backpacks are ubiquitous on university campuses.

The young Vancouver-based company is quickly making a name for itself as a fashion brand young adults want to be associated with. Herschel Supply Co. Ltd. sales soared by 900 per cent from 2010 to 2011, then another 350 per cent last year. Its management team projects a 60-per-cent surge in 2013. (The private company doesn't disclose dollar amounts.)

But this growth is a double-edged sword for co-founders, and brothers, Lyndon and Jamie Cormack.

The brand has become a cultural phenomenon, enough to convince Apple Inc. to ink a partnership that landed Herschel backpacks in the tech giant's online store and on its latest commercial.

But if fickle 'cool kids' are your early adopters, you risk losing them as you try to saturate the mass market.

Conversely, how do you continue to grow without doing just that?

The Cormack brothers are already thinking it through. Herschel is the first company they created, but neither of them are rookies. They've worked for such brands as K2 and Vans, and that experience helped give them a healthy head start. Herschel Supply has already segmented its product lines into three distinct groups: each one targets a different demographic with sales in carefully chosen locations. "We're definitely selective of our retailers," Lyndon said.

This way, the thinking goes, the brand can reach out to more people but not alienate its early adopters.

The high-end line, Bad Hills Workshop, features bags that cost as much as $250 and have much more experimental design and materials. They are sold in ritzy stores such as Fred Segal in the United States and Selfridges in Britain.

Herschel Supply Studio, by contrast, is for trendsetters who are a bit more budget-wary. You can find the bags in stores including Urban Outfitters. The third "classics line" is comprised of much simpler bags (read: cheaper materials) that still carry the Herschel name and logo. These products sell for as little as $40 each.

Herschel's Little America backpack, one of its best sellers, is akin to an old-school hiking sack with one large compartment that closes with a drawstring, but the difference is that the brothers cut the bag much slimmer to give it a modern spin, and they added touches such as striped or paisley linings.

These things matter, said Dani Reiss, CEO of Canada Goose, who's experienced a sales spike similar to Herschel's. Canada Goose jackets were always known for keeping customers warm in frigid arctic temperatures, but they became a pop-culture phenomenon in 2009 and 2010, quickly appearing in music videos.

Mr. Reiss said such visibility was great, but in order to last, companies need to have a solid hook – such as quality – that helps customers remember why they bought the item in the first place. "If you don't have that, people will move on," he said.

You must also be responsive to a changing market, he added. An anchor product is essential, but styles and tastes fluctuate. Canada Goose is on the cusp of launching a line of waterproof shell jackets – a product that competitors Patagonia and The North Face already dominate.

Mr. Middleton cautions that brands must be careful when they branch out. Case in point: Nike in the late '80s and early '90s.

The company established itself as a street brand early on, but then it quickly went after athletes to make a mass-market move that didn't pan out.

It was only when Nike went back to its roots and focused on design and quality, then leveraged those factors to win over celebrities, that the company soared to unbelievable heights.

So far, Herschel hasn't moved far from its core brand. The brothers have started toying with such items as messenger bags and accessories like iPhone sleeves, but backpacks are still the focus.

To grow, they've relied on global expansion. Herschel backpacks are now sold in 40 different countries and the company has teamed up with brands such as New Balance to create a shoe that comes with a bit of Herschel flare, as well as streetwear clothing line Stussy to develop bags with a Stussy aesthetic.

Lyndon said the partnerships help create different interpretations of their brands, the same way someone in Tokyo will wear the bag a different way than someone in North America. The different takes help people make the bags their own, rather than feeling like they're following the herd.

Yet Canada Goose's Mr. Reiss said that in his experience you can worry too much about these things, so stay true to your brand.

"People perceive a saturation point that isn't actually there," he said. 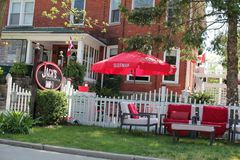 Economic slowdown speeds up drive for acquisitions
May 28, 2013 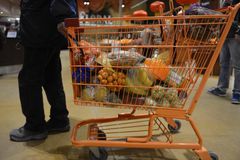 What Netflix can teach you about your small business
May 28, 2013 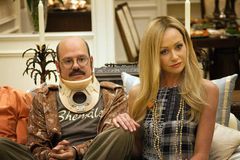 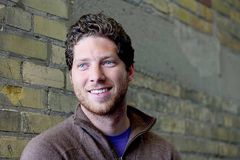 Should your company list on the Venture Exchange?
May 27, 2013 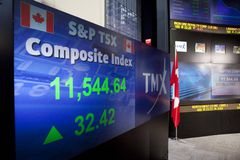