The days when companies relied on 30-second TV spots and full-page newspaper ads as their main tools for staying top-of-mind are long gone. The proliferation of new media and different ways to access information have changed the marketing mix forever.

Listing communications channels for a marketing initiative used to be like counting the number of houses on a street; now, you're looking at a whole neighbourhood packed full of high-rises.

Think back 10 years, when brands began to focus their efforts in earnest on the Internet. Websites and micro-sites were all the rage, banner and keyword ads were coming of age and the closest that brands got to social media was the occasional MySpace page. The online world and all of its components were still just a drop in the bucket of most marketing budgets.

We all know that's changing, but the speed is remarkable. In 2012, online advertising will overtake print for the first time, according to a recent study by eMarketer. The same study says that TV will retain its No. 1 position until at least 2016, but the growth in online spending will far exceed both of its traditional counterparts.

Facebook's acquisition of Instagram this week is a perfect sign of things to come. With a purchase price of $1-billion, 18-month-old Instagram is worth more than 116-year old New York Times. While the user interface is great, like most social media networks, one of the keys to Instagram's value is its potential as a marketing tool, with more than 30 million users.

If you ask a brand manager or chief marketing officer where they're putting their priorities, the majority will say, without a doubt, online. Of those, the greatest proportion will likely point to social media – mainly Facebook, Twitter and YouTube – as the most important battleground.

Two companies that are seizing these new opportunities better than most are Coca-Cola Co. and Nike Inc.

The most revolutionary way they're doing it is by evolving their story-telling style, and social media is leading the way.

Brand communication used to be largely one-way. Sure, people would react to an innovative TV spot or provocative billboard. Great ads would produce discussion or controversy and make the news, and the best would become cultural signposts of their time.

But brands very rarely entered a conversation. Now, brands are talking with their fans in a two-way discussion, all day, every day.

Coca-Cola has more than 41 million fans on Facebook from all over the world who ask questions, jump into discussions and most importantly create and consume content. Have a look at this video highlighting its corporate content strategy to see just how important leadership in this space is to Coca-Cola.

Or have a look at this video that's part of the viral video campaign, Where Will Happiness Strike Next: the OFW Project, helping nannies from around the world return home to the Philippines for Christmas. A minute into it and it becomes nearly impossible to remember that all the company does is make drinks.

The same goes for Nike. One of the most shared pieces of content in social media over the last few days has been the Make it Count video. Rather than use its money to produce a standard advertisement, Nike handed it over to well-known film maker Casey Neistat, along with free rein to show the world what "Make it Count" means to him.

Aside from 10 seconds of unpackaging footage at the beginning, Nike's Fuel Band isn't featured again. Instead, viewers follow the filmmaker on his mission to go as far and experience as much as he can before the money runs dry. The result is an inspiring homage to making the most out of life and enjoying new experiences.

So just what is it that makes this new style of brand story-telling work?

Whether to play a starring role or to bring their own unique perspective to a story, the best examples of this type of content feature real people. It makes the stories more compelling and more likely to be shared.

Implicit in getting other people involved is letting the brand guidelines go a bit. Allow and encourage new interpretations of the brand to expand your creative input beyond one team of advertisers to harness the creativity of thousands of fans and ambassadors.

Don't focus on the product

This type of storytelling is about brands, their personalities and driving an emotional connection, not the product.

Keep the objectives in mind

If it gets out of hand, this approach will just create noise. Keep your efforts organized under themes designed to support business objectives and constantly curate and edit content to ensure only the best is being shared.

If you get it right, as these companies and others have, you will find that more and more stories about your brand will start coming from others and they will spread like crazy. 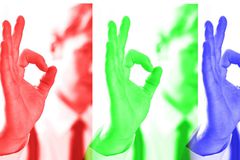 Lesson from St. Lucia: How Canadians are missing the social media boat
March 29, 2012 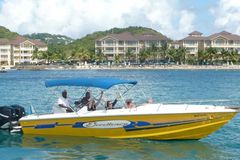 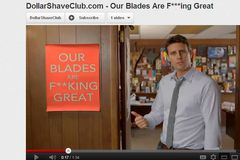 Why Linsanity is good for small business
February 16, 2012 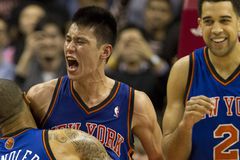 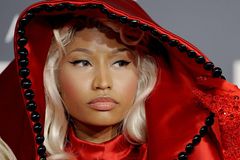 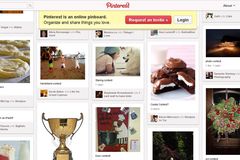