Predictability is one of the most important attributes of any business. Owners, investors and acquirers all want a reliable stream of profits well into the future.

But almost by definition, predictability can be boring, and those same owners, investors and acquirers want to see growth, which usually comes from selling new products and services, and winning new customers.

Can you be predictable and innovative at the same time?

I put the question to Toronto-based Jeremy Gutsche, the author of Exploiting Chaos and founder of TrendHunter.com, a business that tracks emerging trends for customers such as Google, Pepsi and Cadbury.

Based on the conversation with Mr. Gutsche, here are five ways to make sure your company doesn't become boring on the journey to becoming valuable:

1. Set up a gambling fund

Put aside some money to gamble on new ideas. When the BBC, the Britain's national broadcaster, was stuck in a programming rut, it set up a gambling fund for ideas that failed the usual new-program screening process. Producers could apply for gambling funds if their ideas were cut, which is how The Office, one of the broadcaster's most successful programs, was funded.

2. Think of your business as a portfolio of revenue sources

Like a money manager who owns a portfolio of investments, envision your business as a series of investments balanced to generate the best risk-adjusted reward over the long term. Mr. Gutsche recommends you have some areas of your business that are reliable and predictable while reserving part of your portfolio for trying new things.

3. Watch what you reward

Most companies pay their employees based on results and outcomes, which means the best employees want to work in the mature area of those businesses that are most likely to generate good results in a predictable way. It also means your best employees stop taking risks. Instead, Mr. Gutsche recommends you reward good decisions rather than outcomes. If you reward based on decisions, you can still incent employees to try things that may be risky as long as their decision-making is sound.

Small companies often have lots of ideas, but customers can be hesitant to be the first to try them. Mr. Gutsche recommends small companies merchandise their client list and media hits to build credibility. Mr. Gutsche projects a larger-than-life image. If you go to TrendHunter.com, you'll see a who's-who list of marketers, from eBay to Microsoft, which Mr. Gutsche says gives visitors confidence to take a flyer on his business, which was founded in 2006.

Likewise, Mr. Gutsche suggests the big guys act small by carving off new products into separate companies. Similar to the way RBC and BMO launched their credit-card processing joint venture under the Moneris moniker, have a separate brand and stand-alone workspace in order to instill a sense of entrepreneurialism in your new business units.

5. Give your employees playtime

Set aside some company time each week or month for employees to use to work on pet projects. 3M, of Post-It note fame, popularized this technique, which has since been adopted by companies such as Google and Amazon, which give their engineers time to tinker.

By following Mr. Gutsche's advice, you may be able to create a predictable-growth company, which is the most valuable company of all.

John Warrillow is a writer, speaker and angel investor in a number of start-up companies. He writes a blog about building a valuable – sellable – company. Follow him on Twitter @JohnWarrillow. 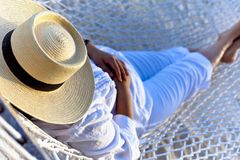 A quiz to help decide whether to sell your firm
September 22, 2010 Best time to sell a company? When you don't want to
September 21, 2010
Follow John Warrillow on Twitter @JohnWarrillow
Report an error Editorial code of conduct