On Monday, Canadians will head to the polls in the final act of what has been the longest federal election campaign in history. At the outset of this campaign, there were some who were convinced that this would be Canada's first true "social media election," and that we would see the country's political parties roll out innovative social and digital techniques to secure a victory.

While all of the parties have undoubtedly made use of their various social channels and platforms, it would be hard to argue that any of the major parties have rolled out surprisingly new or innovative digital strategies.

At the same time, this election has taught us a great deal about the power of social platforms, the lasting impact of comments made online, and the rising power of the millennial generation and its shifting attitudes toward brand loyalty and the effect that can have on the major political parties.

If there was one leader who found an innovative way to use social media to raise her own profile, and that of her party, it was Green Party Leader Elizabeth May. Despite being officially excluded from key national debates, Ms. May didn't let that stop her from harnessing the power of social media and having her voice heard during the debates.

In a bold move, Ms. May leveraged Twitter to not only participate in debates, but actually dominate the conversation surrounding the debates online. While the debates were going on, Ms. May's campaign simply recorded video of her answering the same questions that were being put to the other leaders by the debate's moderator, then posting them online and to her social profiles. Even though she wasn't in the room, by inserting herself into the online discussions surrounding the debates as they happened in real time, she was able to get the Green Party message out there.

Although Ms. May didn't do anything particularly revolutionary from a technical standpoint, she simply used the tools she had to work with – a platform equally available to her competitors – in a pro-active way, ensuring that she, too, had a voice.

While Ms. May came out on top from a social media perspective, many other candidates weren't so lucky. Indeed, this campaign saw several politicians drop out of the race or face harsh criticism over long-forgotten comments made on Facebook and Twitter that were unearthed during the campaign.

As the first digital election, there was an opportunity to engage voters in a new way, but as we saw time and time again, there was also an opportunity to be haunted by tweets of the past. From Ala Buzreba's Twitter spat to Joy Davies's pro-pot Facebook post, Canadians watched repeatedly as the digital tattoos of these candidates were revealed, throwing their hopes of election into chaos. It was a hard lesson to learn for a handful of politicians this summer, but for most, it was an important reminder to think twice before you post something online. Over time, everybody's digital present becomes the record of their past, so make sure you keep yours clean.

Still, I can't help but feel that the underutilization of social media in general was a big miss for many Canadian politicians, given the mass millennial audience this election saw.

#elxn42 was expected to be the first federal election in Canada where the millennial generation plays a key role. Now making up the biggest generation in the Canadian work force, ignoring these young voters could be a fatal mistake for any party leader. Especially if the attitudes millennials tend to have toward brand loyalty begin to transfer over to the political process.

Businesses have learned the hard way that this generation won't just blindly follow a brand out of sheer loyalty. Young people today are swayed by ideas, sentiment and the bottom line. It's entirely possible that traditional voting blocks are disappearing, as this younger generation joins the pool. Millennials are much more likely to rally around an idea, not a party. Perhaps that's why election quizzes like the Vote Compass have become so popular; unlike previous generations, millennials are less likely to enter an election as a devout supporter of any particular party.

If election forecasts are to be believed, the race is tight. Which raises the question, Is the erosion of brand loyalty bleeding into politics? Could this be why none of the parties has been able to break through and take a commanding lead?

If the Alberta election in May taught us anything, it's that nothing is guaranteed until all the ballots have been counted. And this election, social media played a disappointing role. 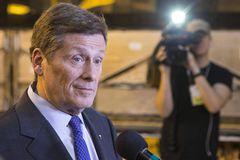 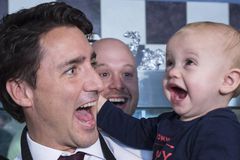 Mulcair maintains election a three-way race, regardless of polls
October 14, 2015